Poll: Majority of Poles support building the wall on border with Belarus 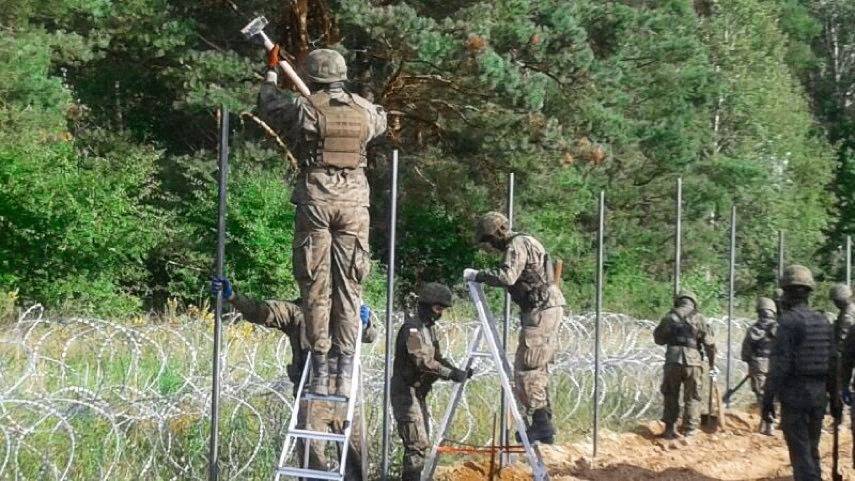 The Institute for Social Research and Market (IBRiS) conducted a survey for Polsat television to gauge the opinion of Poles on the subject of accepting migrants and refugees during the current crisis.

The question posed by the survey was: “Should Poland let in migrants and refugees?” The results show that 38.3 percent of Poles responded positively to this question (7.4 percent answered that Poland “definitely should” let them in and 30.9 percent that it “probably should”), and 33.8 percent of Poles were “probably against” the idea of permitting migrants. Another 21.1 percent answered that they were “definitely against” the proposal.

In total, over half (54.9 percent) of the surveyed were against the idea of letting migrants and refugees into Poland.

The group of those opposed to the idea of permitting migrants was mostly comprised of men (62 percent), inhabitants of villages and people with lower education. Another 6.8 percent of respondents stated that they did not know.

The second question asked was whether a border wall should be erected on the Polish-Belarusian border. While answers in this case were more even, the majority of Poles still supported such a solution to the crisis.

The poll showed that 47.7 favored the idea of building a wall (20.2 percent answered “definitely yes” and 27.2 responded “probably yes”). The majority of this group was once again comprised of men (59 percent), people with lower education and inhabitants of smaller towns and villages.

In turn, 43.4 percent of Poles were opposed to the idea, with 21.1 percent “definitely against” such a solution and 22.3 percent were “probably not” in favor of it. Another 9.2 percent of the survey were unable to answer the question either way.

More than 3,000 attempts of illegally crossing the Belarusian border in August

On Monday the minister of national defense, Mariusz Błaszczak, announced that a security fence will be constructed on the Polish-Belarusian border.

Polish Border Guard informed on Thursday that since the start of August it has recorded more than 3,000 attempts of illegally crossing the Belarusian-Polish border. Border Guard officers thwarted over 2,000 such attempts and detained close to 900 illegal migrants.