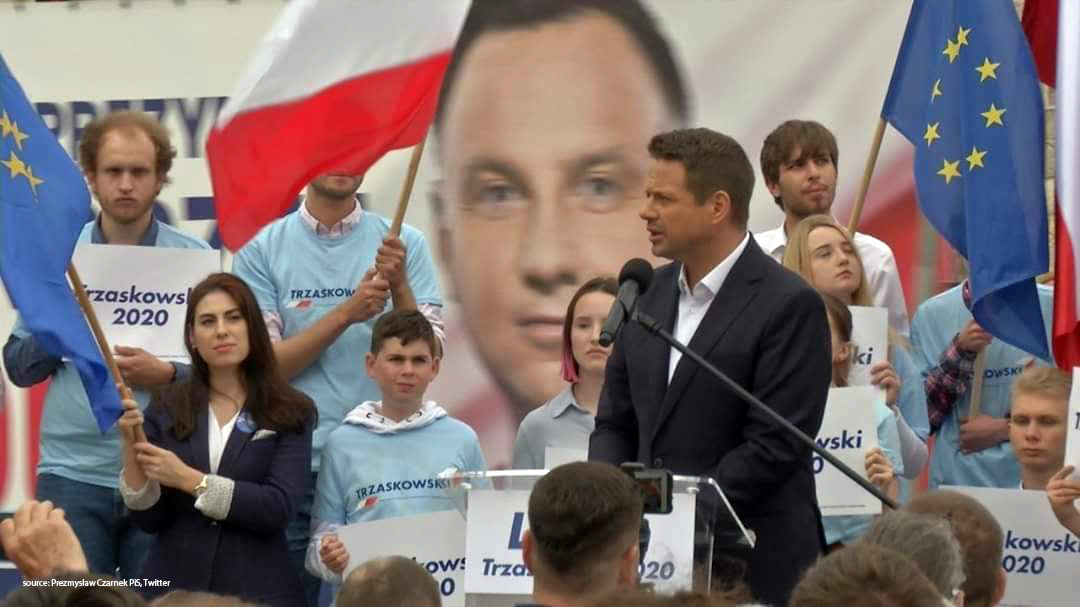 Civic Platform candidate Rafał Trzaskowski has lost 5 percent of support in the run-up to the June 28 Polish presidential election, according to a new survey published by Poland’s main opposition TV station TVN.

The survey from Kantar research shows 40 percent of voters declared support for Polish President Andrzej Duda, which is the same amount of support he received in the previous poll from June 18.

In second came Trzaskowski with a 27-percent share of the votes. This is a significant decrease of 5 percentage points compared to Kantar’s earlier survey.

The leader of the Polish People’s Party (PSL) Władysław Kosiniak-Kamysz earned 2 percent in the survey.

In terms of the possible and likely second round of elections, Duda would come out ahead of Trzaskowski with 47 percent of votes, representing a 1-percentage point drop.

The opposition candidate would receive 45 percent of the vote, a 3-percentage point decrease. Eight percent of respondents said they were unsure of which candidate they would vote for.