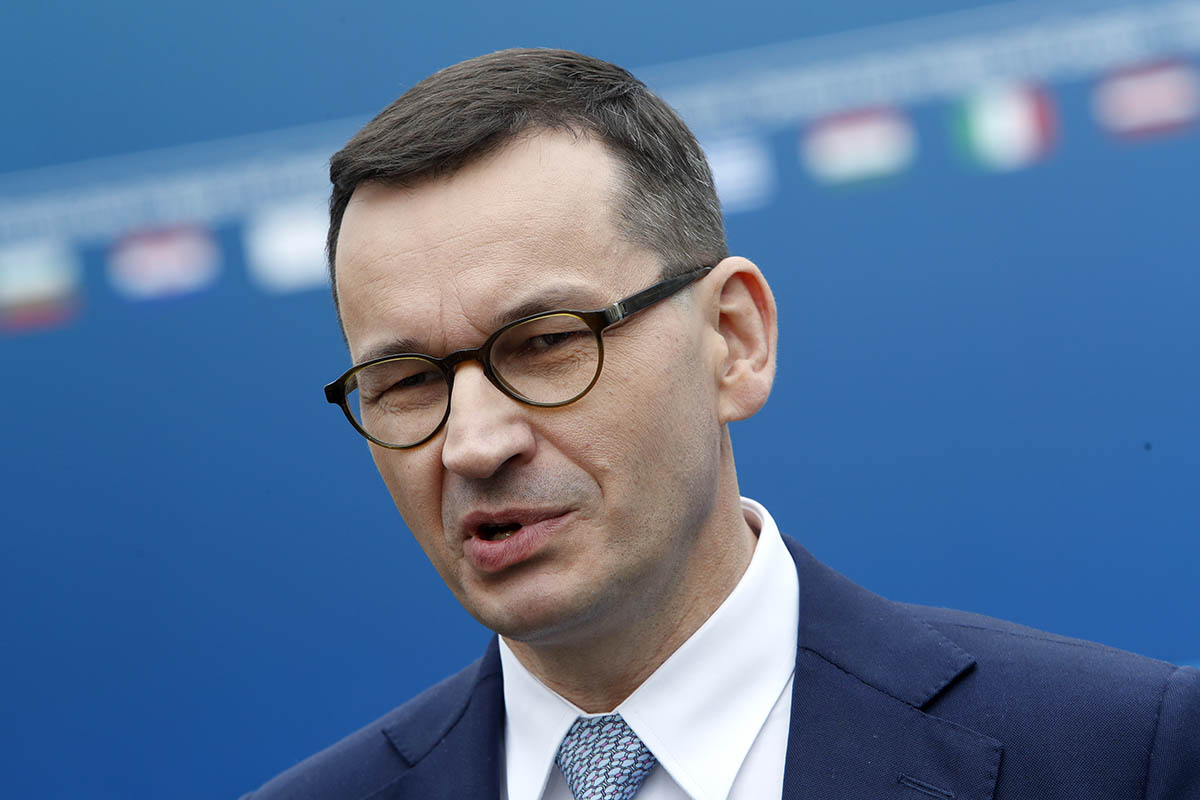 In the run-up to Poland’s presidential election, Polish Prime Minister Mateusz Morawiecki emphasized that President Andrzej Duda has taken good care of the Polish economy and will continue doing so.

Morawiecki said that owing to “Duda’s Plan”, the Polish state gave €22.5 billion to save workplaces over the course of 100 days since the coronavirus epidemic started in Poland. He thanked Duda for protecting 5 million workplaces.

During the meeting in Bydgoszcz, the prime minister stressed that only a balance between the president and the government will ensure that swift decisions are made to restart the economy after the crisis.

He also referred to Duda’s upcoming visit to Washington D.C. to meet President Donald Trump, saying, “The president cares for the economy in terms of the entire country and society as a whole. He is now travelling to the USA to negotiate new, great energy investments and new technologies just as he has done many times before.”

Morawiecki added that Duda also takes care of local investments such as road infrastructure in many Polish states.

The head of the Polish government underlined that voter mobilization was necessary in this last stretch of the elections so that Duda would achieve victory as quickly as possible.

“So that we can continue to reform Poland and to do so in alliance with our president,” he said.

The prime minister warned that the opposition’s strategy is to rely on media outlets that support the opposition, protests, and foreign support. Meanwhile, Law and Justice (PiS) “relies on dialogue” and “reaching out to others with the goal of cooperation”.

Morawiecki noted that many of the world’s top financial institutions see that Poland has a chance for rapid development and the European Commission itself had declared that Poland may be the country to exit the crisis first.

“It has that chance but only if there will be unity and swift and good cooperation with President Andrzej Duda,” the prime minister stated.