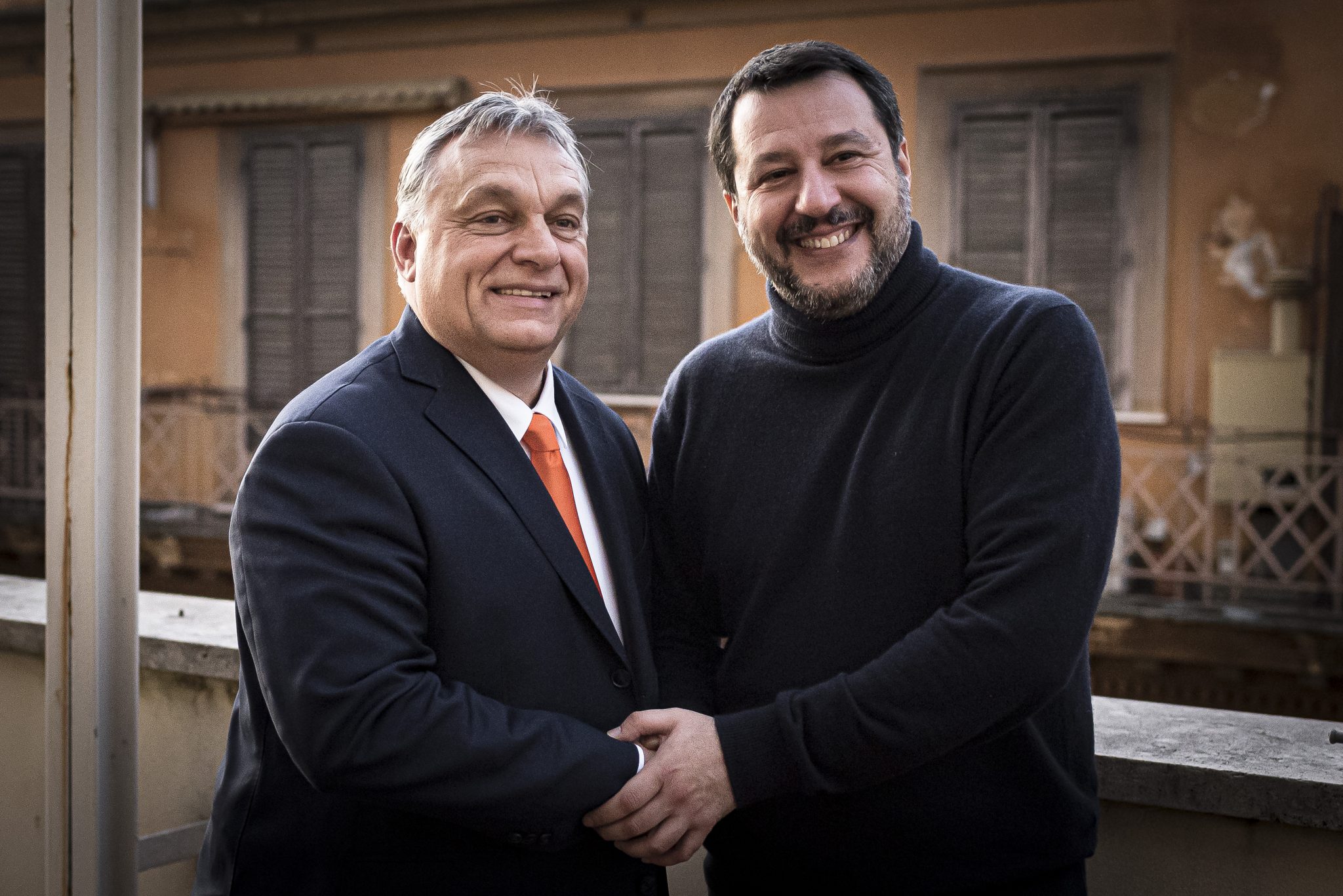 The leader of Italy’s conservative League party and former Deputy Prime Minister Matteo Salvini said on social media that during the heated EU summit over the weekend his political ally and friend, Hungarian Prime Minister Viktor Orbán, sent him a text message in which he assured him that Hungary is supporting Italy’s position.

“Orbán stands by Italy, the friends of [Italian Prime Minister Giuseppe] Conte and the PD [Democratic Party] do not”, Salvini said in a tweet.

Salvini also pointed to the connection between Italy’s ruling parties with the Dutch Prime Minister Mark Rutte, who was hostile to the idea of Italy getting more money during the summit. Salvini said Rutte’s party is a member of the Alliance of Liberals and Democrats for Europe (ALDE), which the Five Stars Movement, which is a part of Conte’s ruling coalition, wanted to join. Rutte also launched an attack against Hungary and Orbán at the EU summit,

Salvini said Orbán was in favor of the solidarity principle that EU countries which need the most support should receive it as soon as possible.

According to the deal reached at the summit, Italy will receive 28 percent of the EU’s €750 billion economic recovery package, which amounts to €81 billion in grants and €127 billion in loans. The second biggest recipient is Spain with €140 billion.

The Italian pro-government newspaper Il Fatto Quotidiano said Orbán’s support for Italy was an “unexpected goal pass”. Commentators pointed out that while Hungary was following its own interests, it did support Italy against the Netherlands.

Adolfo Urso, politician of the Fratelli d’Italia (FdI) conservative party, wrote on social media that Orbán and the Visegrád Four group are the best allies of Italy.

“Everybody is realizing now that Orbán and the Visegrád countries are the best allies of Italy in the face of the despicable arrogance of the Netherlands, claiming itself the right to dictate us laws in our own country”, Urso wrote. “Italy and Hungary, together with Spain and Portugal could be the leaders of a Southern ad Central European alliance, saving the Union from the northern and Dutch pirates, in the spirit of solidarity laid down by the founders of the European community.”