A Trump victory would have benefited Serbia, Vučić says 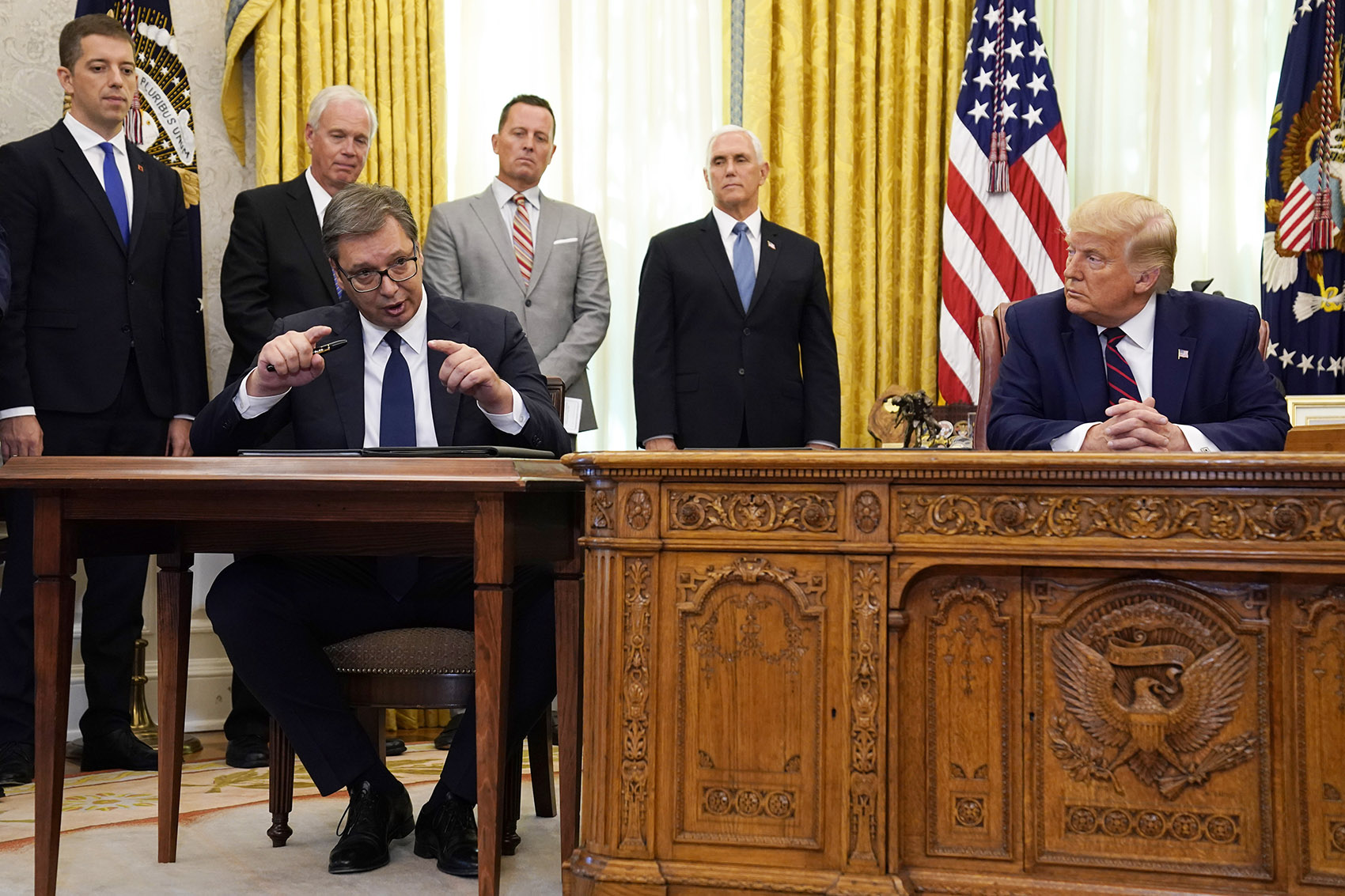 After some consideration, Serbian President Aleksandar Vučić joined on Sunday the ranks of leaders who congratulated president-elect Joe Biden for his victory.

Vučić told Serbians on Saturday that he is in no hurry to be the first to greet Democratic presidential candidate Joe Biden on his success in the US presidential election, but he will certainly congratulate him. He added that he believes Serbia’s Donald Trump victory would have been more useful to Serbia.

Vučić has announced that he plans to send official congratulations to Joe Biden on Sunday, but that he will also send a letter to Donald Trump thanking him for listening to Serbia’s concerns.

“I am too old and proud, and I lead a country that is too beautiful and proud to be one of the first to intrude with my congratulations,” Vučić said.

Sincere congratulations to @JoeBiden I wish you the wisdom and determination to face the existing challenges for the benefit of USA and the world. I hope to continue the good cooperation with you, as we had with @realDonaldTrump, for which I am very grateful.

He said he had met Biden more times than he met Trump, but he thought it would be easier to work with the latter.

Vučić spoke late Saturday night about having been attacked repeatedly for praising Trump, but in his view, the criticisms were made by those who want to conform to the “other side”. He added that opposition critics may be hoping that under Biden’s presidency, Serbia will find itself in a difficult position, which will help them better seize power

But he emphasized that everything he wants to achieve will be implemented by the spring of 2022, until the presidential election, so he has nothing to fear.