Shocker: James Bond was a real person, spied in Poland during the communist era, and known for his ‘interest in women’ 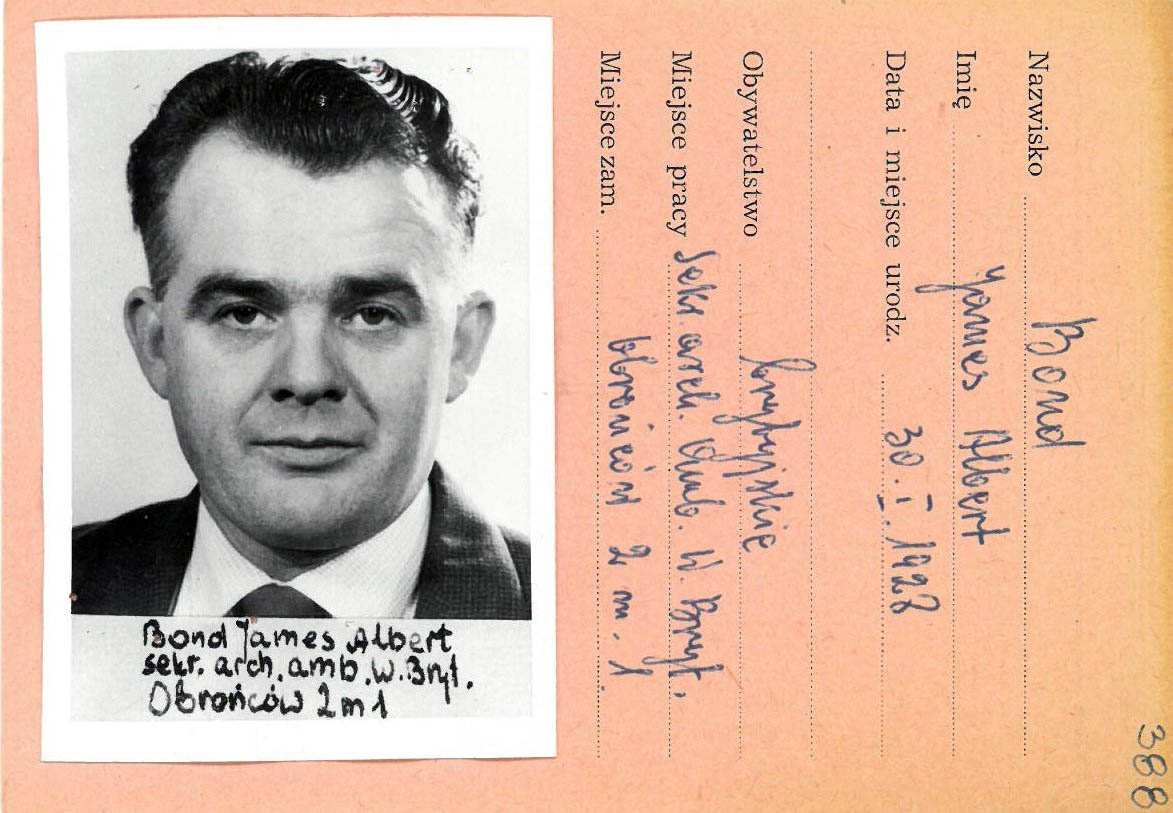 While the world awaits the premier of the 25th James Bond movie, new information has revealed that there was indeed a real-life British agent named James Bond in Poland in the 1960s, and he was even known by Polish counter-intelligence for his “interest in women”.

The documents confirming Bond’s activities, released by archive of the Institute of National Remembrance (IPN), show that the agent named James Albert Bond was born Jan. 30, 1928 in Bideford Devon, England, and arrived to Poland on Feb. 18, 1964.

The agent officially carried out the role of a secretary-archivist in the military attaché of the British embassy to Poland.

But his real mission, according to the documents from Poland’s communist counter-intelligence agency, was to ‘penetrate military facilities’.

As part of the “Samek” operation, the Polish counter-intelligence managed to determine that Bond was a very careful man, and just like the 007 agent of cinematic legend, was also known for his “interest in women”.

According to the officers of the second department of the Ministry of the Interior, Bond, alongside two other attache workers, penetrated Polish military sites in October and November 1964.

IPN shared information about the agent through social media, sharing his official documentation and emphasizing that until today, very few people were aware of Bond’s presence in Poland.

Nevertheless, Bond’s career in Poland did not last for long.

As early as Jan. 21 1965 he left Poland. IPN explained that it was most likely because he realized that he did not have a chance to gain valuable information.

Only evidence acts and sparse documentation concerning his observations were left by Bond in Poland.