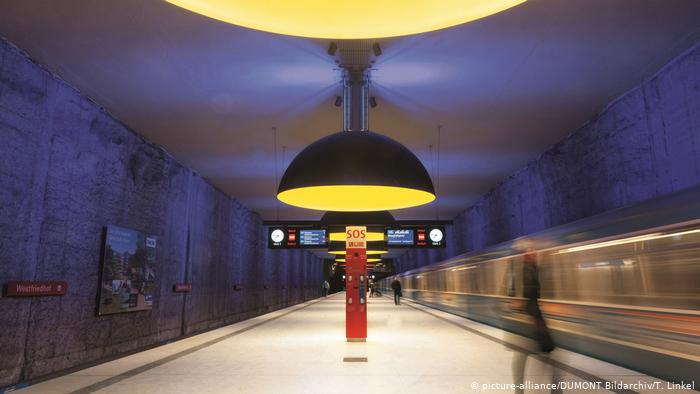 From “corona parties” to a man arrested for licking a ticket machine, some Germans appear intent on spreading the virus despite the majority of the country following the rules issued by authorities.

Others don’t believe the virus is such a bad as long as it kills the “right” people, with left-wing German hip-hop group K.I.Z. telling their audience that people are scared of a virus that only kills “old, white men”.

German public service broadcaster, Deutsche Welle, reports that a 33-year-old man was arrested in the Bavarian capital Munich on Monday for licking underground metro ticket machines with the intent of spreading the coronavirus.

In videos shared by the man online, the 33-year-old can be seen licking subway ticket machines and handrails as well as the handrail of an escalator. He said he wanted to spread the coronavirus, according news agency AFP, citing the police in Munich.

He was taken into police custody and charged with grievous bodily harm. A spokeswoman for the police said it is unclear whether the perpetrator is actually infected with COVID-19. He has since been administered a test, she said.

There are reports that young people in Germany hosting “corona parties”. The New York Times writes that the parties have caused alarm in the country and usually feature students drinking large amounts of alcohol and then chanting “Corona, corona”, some of which had to be broken up by the police.

Vice Chancellor and Finance Minister Olaf Scholz said that he understands given the harsh restrictions that people need to “have a need for fresh air” but chastised those hosting corona parties, which he referred to as “bad jokes.”

The German left-wing hip-hop band K.I.Z is known for controversial lyrics but many have expressed outrage at their latest remarks.

At a concert in Dortmund, the group was playing in front of a mostly female audience for World Women’s Day when one of the musicians in the group said, “People are scared of some stupid virus. The truth is: Only old, white men die!” His remarks elicited cheers from women in the crowd.

A video of the remarks at the concert were posted to social media.

The disease is known to target elderly men but given the large scale of deaths in Iran, South Korea, and China, the virus does not seem to discriminate based on skill color.

Restrictions on public life have been imposed throughout all of Germany, including the closure of all schools and a ban on meetings of more than two people, as the authorities try to gain control over the spread of the coronavirus in the country. Germany’s citizens, which are known for their law-abiding ways, have been praised by authorities to mostly adhering to restrictions put in place.

Germany has just over 29,000 confirmed coronavirus cases and 123 casualties.