Turkish President does not intend to back down 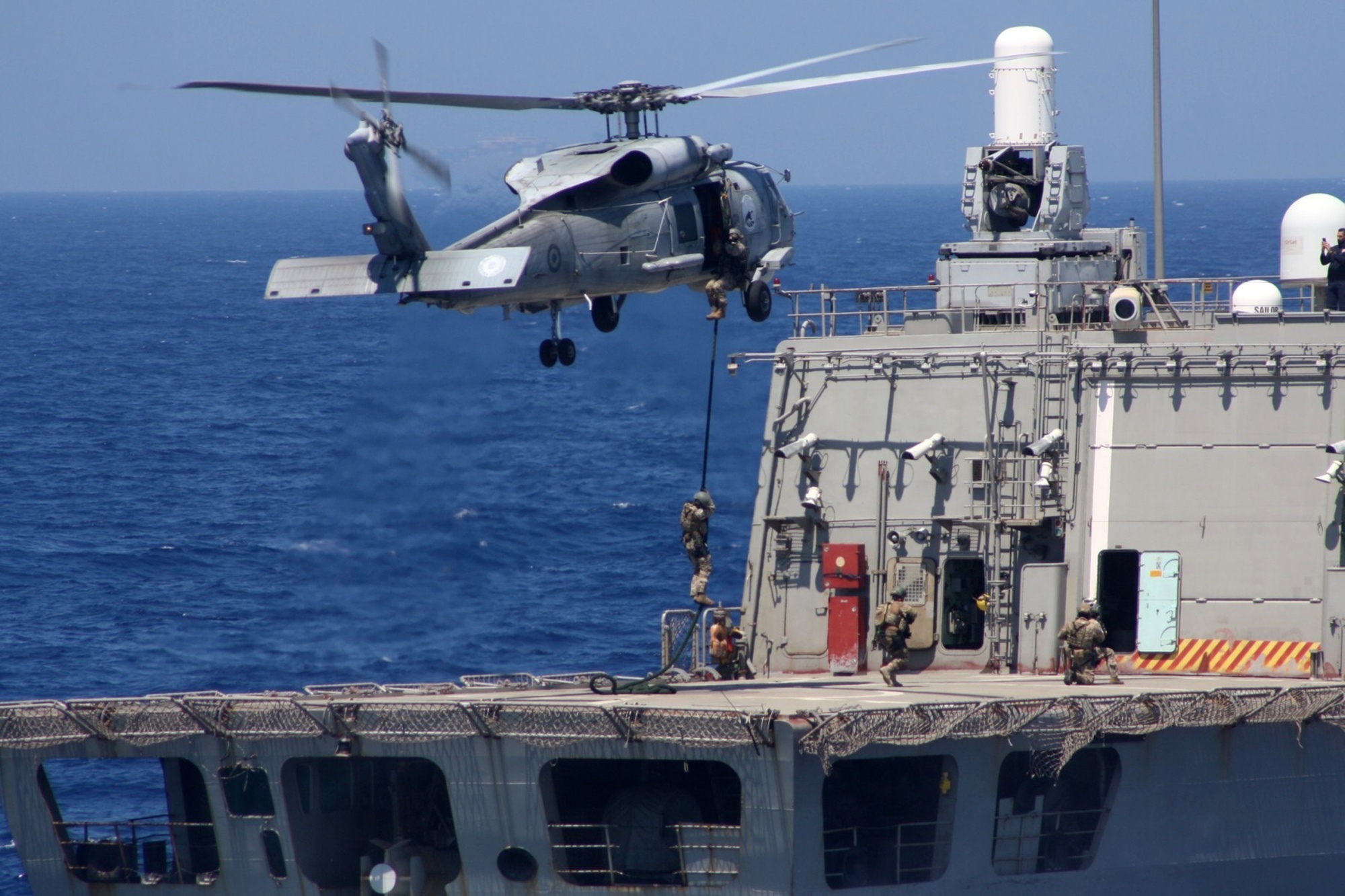 Greece, France, Italy, and Cyprus have launched joint military exercises in the Eastern Mediterranean on Wednesday, prompting Turkish President Recep Tayyip Erdoğan to say that he will make “no concessions” and that Turkey will “do whatever is necessary” to secure its territorial rights.

Tensions in the region have been growing in recent weeks regarding a dispute between Greece and Turkey over oil and gas exploration rights. Greece sees Turkish exploration as a violation of Greek sovereignty while the Turkish president stressed that he will not back down and is ready to use military force.

The joint maneuvers of the four countries between Crete and Cyprus are due to end on Friday. Greece launched a separate military exercise in this area on Tuesday responding to the presence of the Turkish reconnaissance ship Oruç Reis, which is accompanied by warships.

The French Ministry of Defense said that Paris was sending three Rafale fighters and one frigate with a helicopter to the exercise. Defense Minister Florence Parly sent word to Turkey that the Eastern Mediterranean could not become a playground for national ambitions.

A reconnaissance ship was sent to the area claimed by Greece on August 10. This has created considerable tension between the two NATO member countries, which, according to observers cited by the DPA, could potentially turn into an armed conflict.

Erdoğan said that his country would do whatever it takes to secure its rights in the Mediterranean, the Black Sea, and the Aegean.

“We will not compromise on the things that are ours… We are ready to do everything necessary in the political, economic, and military spheres,” Erdoğan said at a ceremony to mark the anniversary of the Battle of Manzikert, which opened the way for the Seljuk Turks to the heart of the Byzantine Empire in the 11th century.

At the same time, the Turkish president warned his country’s enemies of mistakes that could lead to their destruction.

Greece considers Turkey’s action illegal, while Turkey is convinced that the seabed in which it conducts exploration belongs to its continental shelf. However, there are the Greek islands of Rhodes and Kastelorizo between the exploratory wells and the Turkish coast, the DPA pointed out.

Greek Prime Minister Kyriakos Mitsotakis has announced that he will exercise his right to expand Greek territorial waters off the west coast, where the maritime border with Italy lies. Instead of six, the waters will reach into the distance of twelve nautical miles from the shores of Greece (22 kilometers instead of 11 kilometers).

The decision will not directly affect the dispute with Turkey, but Mitsotakis said Athens decided to quit the “passive“ foreign policy it has pursued for decades.

The DPA reminded that in 1995 the Turkish Parliament declared the possible expansion of Greek territorial waters in the Aegean Sea as a reason to declare war.

On Tuesday, German Foreign Minister Heiko Maas, whose country now holds the rotating presidency of the EU Council, tried to calm tensions. In Athens, he met with Foreign Minister Nikos Dendias and in Ankara with Turkish Foreign Minister Mevlüt Çavuşoglu. After talks, during which Maas called for dialogue, the head of German diplomacy stated that neither side wanted to resolve the dispute by military means.

Title image: In this photo provided by the Greek Defense Ministry, an helicopter and a warship take part in a military exercise in Eastern Mediterranean sea, on Tuesday, Aug. 25, 2020. Germany’s foreign minister appealed to NATO allies Greece and Turkey to deescalate military tensions in the eastern Mediterranean, warning Tuesday that “any spark, however small, could lead to a disaster.” (Greek Defense Ministry via AP)