The terrorist attacker in Nice, France, was an illegal immigrant who landed on the Italian island of Lampedusa on Sept. 20 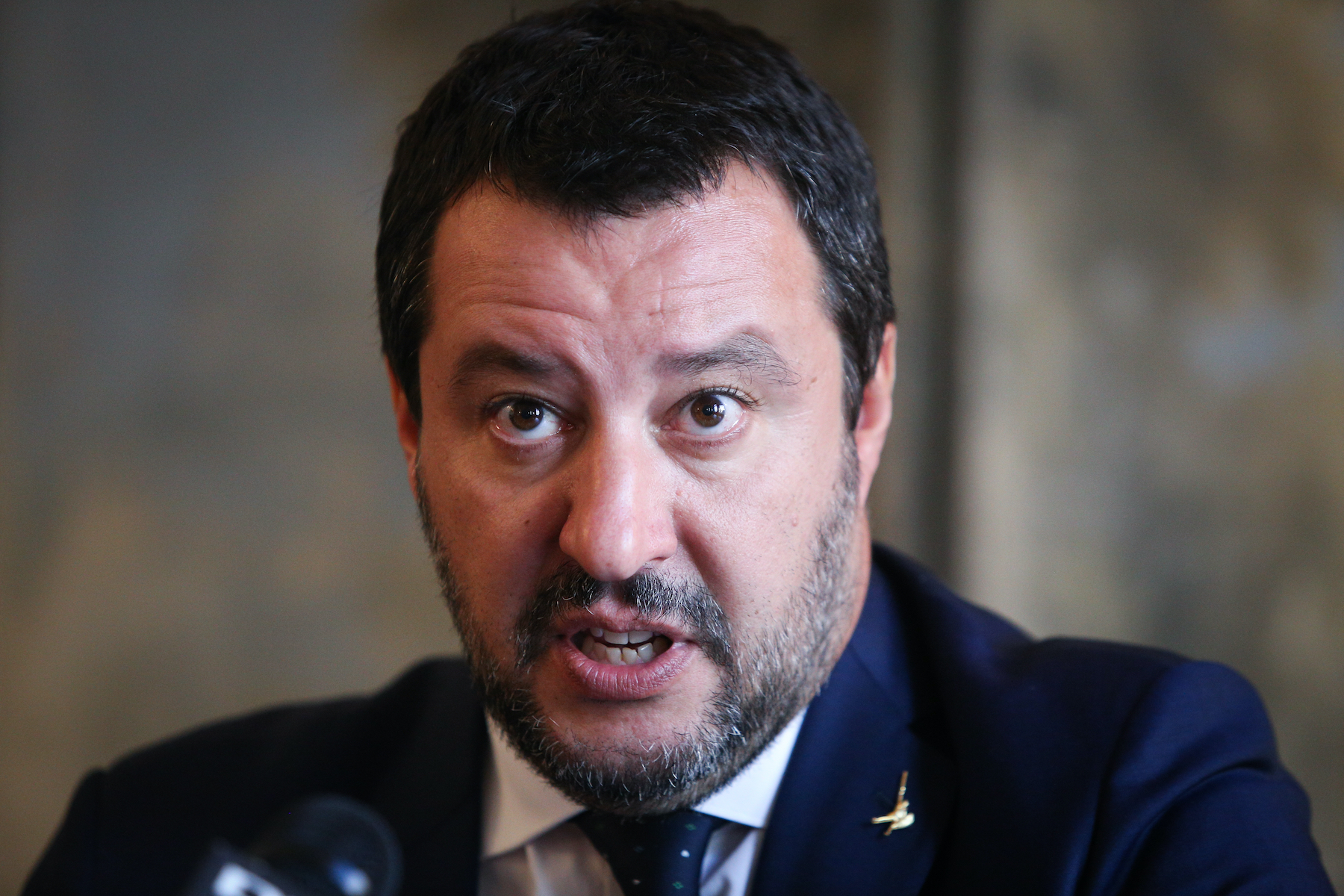 The migrant camp on the Italian island of Lampedusa has been again flooded with illegal immigrants after 900 landed there Monday night after 600 already landed on Sunday, League leader Matteo Salvini said.

After information came to light that the Islamic terrorist attack in Nice, France, was perpetrated by an illegal migrant from Tunisia who first landed on Lampedusa island on Sept. 20, Salvini warned that the number of terrorists and potential killers among the latest arrivals is unknown.

Almost 700 arrived at night with twelve boats, and in the morning 200 more arrived ashore with three more boats. The smallest group was 14, and the largest nearly a 100. Nine hundred people at a time have traditionally been housed at the island’s registration center for illegal migrants, where there are less than 200 spots. Barely a day ago, just over a 100 previously arrived immigrants from the camp were transferred to the Suprema quarantine ship after 600 migrants in 14 separate boats also landed in Lampedusa on Sunday.

Salvini, the leader of the opposition League party, wrote on his Facebook page that Italians get coronavirus lockdowns while migrants get “open ports”.

“Shame on you!” wrote Salvini, who called on the current Minister of the Interior Luciana Lamorgese to “wake up and resign” after the terror attack on Nice last week, stressing that while everything and everyone will be locked down due to the coronavirus epidemic, the movement of migrants is the only exception to any restrictions.

“In Italy, the catastrophe of migrant invasion continues… How many terrorists and potential killers will be among the newcomers? Will the government continue to claim that the strict migration policy I represent posed a threat? Enough with the [government’s] lies, ports must be closed, landings must end, and we must oblige Tunisia and the other countries of origin to adhere to strict rules,” Salvini wrote.

The leader of the right-wing opposition recalled that the Nice assassin also arrived to Lampedusa on Sept. 20 was placed on a quarantine ship, but was eventually allowed to leave the country after Italian authorities lost all trace of him. On Oct. 29, he killed three people at the Notre-Dame Basilica in Nice.

According to Maurizio Gasparri, a senator from another opposition party, Forza Italia, said the armed forces should protect the Italian borders.

Antonio de Lieto, secretary general of the independent police union in Lisipo, noted that the vast majority of illegal immigrants are not fugitives from war or persecution, a fact confirmed by data. He explained that the terrorist attack in Nice reflects poorly on Italy’s interior minister, who has a policy of open ports.

“The closure of ports cannot be postponed any longer, uncontrolled migration is a threat to national security. The interior minister will close the ports or resign,” he added.

Seventy migrants were transferred from Lampedusa to Porto Empedocle, Sicily, on board the quarantine ship Allegra on Monday. After being identified, they will be distributed among other migrant centers in Italy.

Prto Empedocle mayor, Ida Carmina, who belongs to the left-wing coalition government’s Five Star Movement (M5S), protested against the move, pointing out that the problem of migration and the coronavirus epidemic is compounded by the threat of terrorism.

“The population is worried, and we can’t become a European migrant camp,” he said, adding that many migrants are fleeing the centers before they can be tested for the virus.