‘The European way of life is under attack,’ warns Hungarian FM Szijjártó after Vienna terror attack 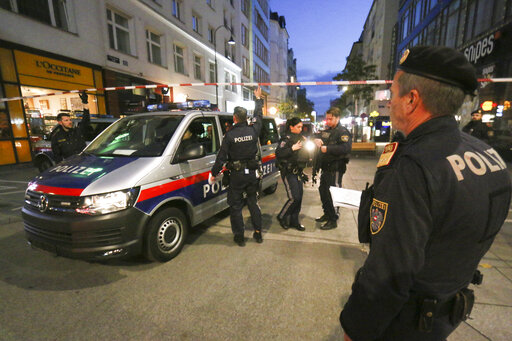 The European way of life is under attack and needs a “wake-up call”, Hungarian Minister of Foreign Affairs and Trade Péter Szijjártó wrote on Facebook after learning of the terrorist attack in Vienna, Austria, upon his arrival to Cambodia where he is leading a trade delegation.

“An amazing wave of terror has broken out on the continent, it would be time to sound the alarm and it would be time for Europe to unite against terror threats and terrorists,” Szijjártó wrote. “It must be noted that Europe’s security, and with it its European way of life, is under attack.”

Terrorists armed with automatic rifles, pistols, machetes, and wearing suicide west started shooting in several locations around a synagogue in downtown Vienna on Monday evening, killing at least two and wounding at least fifteen people. At the time of the shooting, the synagogue was closed, but one of its guards has also been shot during the attack. Border controls have also been tightened as a major anti-terrorist hunt began for one of the gunmen who may have fled towards Czechia.

“We are currently going through difficult times in our republic. I would like to thank all the emergency services who risk their lives for our safety, especially today,” Austrian Chancellor Sebastian Kurz said in a tweet. “Our police will act decisively against the perpetrators of this hideous terrorist attack.”

Szijjártó said, “We stand by our Austrian friends, they can count on us. Europe, the nations of Europe, must defend themselves against the biting nonsense of violence, otherwise it will be a great problem.”

Title image: Following gunfire on people enjoying a last evening out before lockdown, police patrol at the scene in Vienna, early Tuesday, Nov. 3, 2020. Police in the Austrian capital said several shots were fired shortly after 8 p.m. local time on Monday, Nov. 2, in a lively street in the city center of Vienna. Austria’s top security official said authorities believe there were several gunmen involved and that a police operation was still ongoing. (Photo/Ronald Zak)