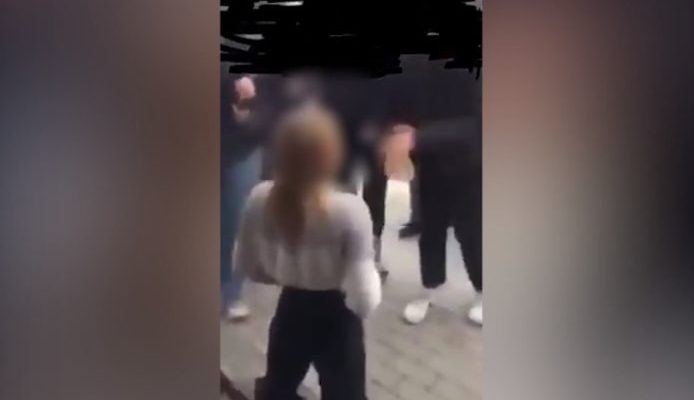 VIDEO: Girl is forced to kneel and then robbed by ‘youth’ in Belgium

A girl was forced to kneel in front of a group of “young people” in the small Belgian town of Geel and subsequently threatened and robbed by them, local news portal Sceptr reports.

The incident happened at the Geel train station, and while police — who were still conducting the investigation — did not reveal the attackers’ identity, their statements indicate that it could have been the work of immigrants.

Since yesterday, video images of the incident have been widely shared on social media. It shows how a young girl is forced to kneel in front of a group of young people who appear to be ecstatic about the situation. They have been made unrecognizable on the images so that the identity of the perpetrators is not clear.

The police have also begun an investigation after becoming aware of the video and details of the case.

“On Friday afternoon, an incident occurred at Geel station that is part of a broad and complex problem that starts with bullying and ends with criminal offenses,” the police described the facts to news portal HLN.

HLN reports that it is not the first time such an incident has taken place and that the suspects are already known by the police.

“Everyone involved is known both in the more extensive issue and in this incident,” police said.

It is not clear whether the suspects have since been arrested and questioned.