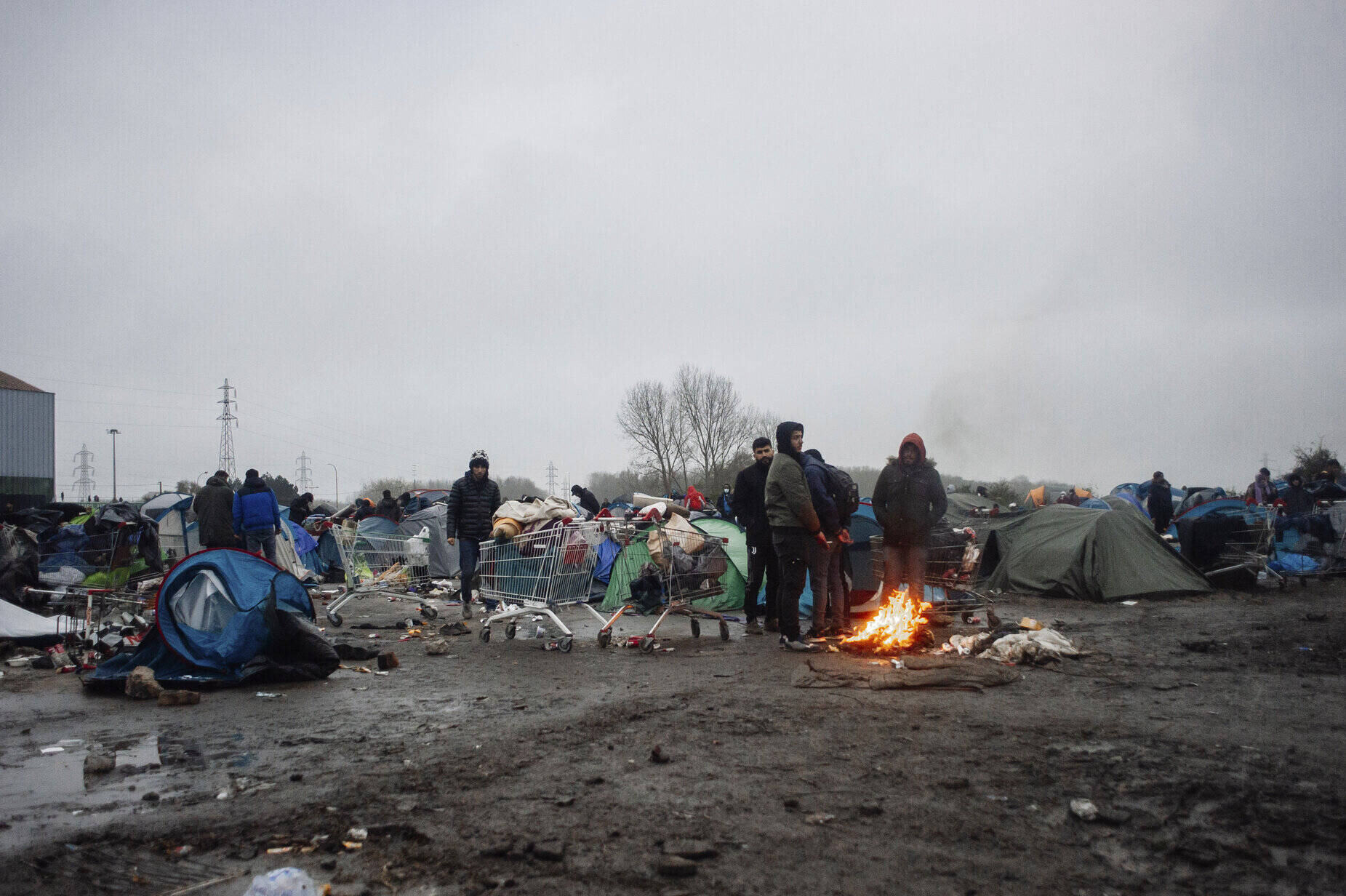 Migrants warm by a fire in a camp in Grande-Synthe, Northern France, Tuesday, Nov. 16, 2021. French police were evacuating migrants from a makeshift camp near Dunkirk, in northern France, where at least 1,500 people gathered in hopes of making it across the English Channel to Britain. (AP Photo/Louis Witter)
France Gerald Darmanin migration United Kingdom News

The UK is partly to blame for the influx of migrants, says France

The United Kingdom is partly to blame for the current influx of migrants across the English Channel, as migrants are heading to the country mainly because of looser labor market rules. French Interior Minister Gérald Darmanin noted this on Monday, adding that London should stop lecturing and criticizing France, as the blame for the migration crisis lies with the United Kingdom.

“Britain is not in a position to lecture us and should stop using us as a punching bag on the domestic political scene,” Darmanin told CNews.

In recent weeks, London has sharply criticized France for the growing number of migrants trying to reach the United Kingdom by sea. The British government has repeatedly accused France of not doing enough to prevent migrants from traveling across the English Channel.

“Why are people heading to Calais? To get to Britain. And why do they want to go to Britain? Because the British labor market works in many ways… thanks to illegal workers,” Darmanin noted.

“If the British had reformed their (labor) law… then there would be no people in Calais and Dunkirk,” he added.

In an unusually critical tone, the minister also reprimanded the United Kingdom that its citizens make it difficult for French security forces.

“I would like to remind my British counterparts that the non-profit organizations that prevent the police and gendarmerie from working are often British organizations with British citizens on French soil… Smugglers who organize networks and abuse women and children often have bases in Britain,” said Darmanin, who was due to meet with British Home Secretary Priti Patel.

However, Patel eventually canceled the meeting due to the investigation of the explosion in Liverpool, which the police consider a terrorist act.

In response to Darmanin’s remarks, British Prime Minister Boris Johnson’s spokesman only said that Britain must continue to work closely with France to prevent illegal migration.

Last week, more than 1,000 migrants traveled across the English Channel in a single day. That was a record number. Last year, approximately 8,400 people attempted to cross the channel in the whole year. This year, it has already been over 23,000 people.