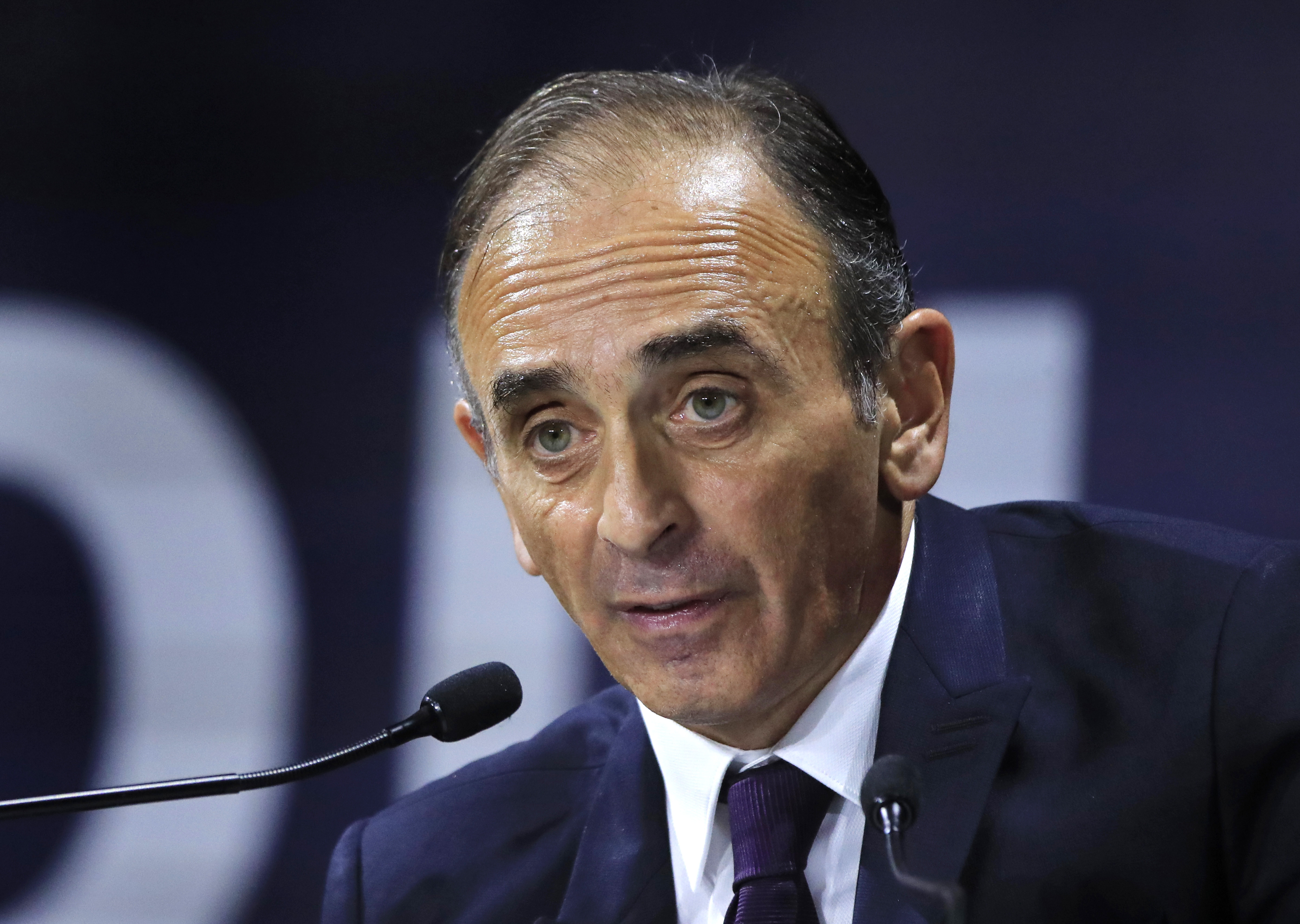 ‘They are thieves, murderers and rapists’ — Zemmour in hot water again over comments on so-called unaccompanied minors

Éric Zemmour, the French philosopher and essayist, has once again found himself the target of the ethics committee of Canal + Group, which is the network owner of CNews, for comments he recently made about so-called ‘unaccompanied minors’ during one of his frequent appearances on the channel.

Five members of the ethics committee will speak with Christine Kelly, a French journalist who’s often featured on the same programs as Zemmour as well as CNews chief Serge Nedjar and several magistrates to determine whether additional airtime will be granted to the writer and polemicist.

The review of Zemmour’s place on the CNews program as well as an investigation opened by the Paris prosecutor’s office for “incitement of racial hatred” and “racist public insults” come just days after the right-wing thinker was fined $10,000 euros for allegedly ‘inciting religious hatred’ during a speech he gave last September on Islam and migration.

This time, Zemmour, as he so often does, ignited public opinion when he made less than flattering remarks about ‘unaccompanied minors’ in France on the program Face à l’Info late last month, Le Parisien reports.

When referring to the ‘unaccompanied minors’ living in France, Zemmour argued that “Each foreign minor costs us €50,000… They are thieves, they are murderers, they are rapists, and that’s all they do.”

The NGO SOS Racisme, the International League Against Racism and Anti-Semitism, and the Loire-Atlantique Department have also filed parallel complaints against Zemmour – a Jew of Algerian origin himself – for his comments.

Earlier this month, Zemmour again made waves when he asserted that not only do unaccompanied migrant minors in France cost the state vast sums of money, but they’re also a major source of crime and delinquency, Remix News reported.

“Among the these minors, some 40,000 to 50,000 a year cost us [in France] billions [of euros], and feature an enormous delinquency. I never said they are all delinquents, all I said was that a great many of them are,” Zemmour said while speaking on the French news channel CNews.

The French government has grown increasingly alarmed over Zemmour and his growing popularity in France. His shows break ratings records. For example, his appearance on CNews drew a record of 600,000 viewers on Oct. 5, up from the 80,000 viewers the show was receiving a year before. The Élysée is reportedly worried that Zemmour may be a threat to President Emmanuel Macron’s reelection bid, with polls showing that his main contender, Marine Le Pen, will likely fare better in the next election in 2022.

Zemmour, perhaps France’s most eminent public right-wing intellectual, has been a vocal critic against mass migration from the third-world into Europe for years. Late last month, Zemmour, while speaking on CNews, asserted that mass migration into Europe should be regarded as nothing less than population replacement, a crime against the European peoples, and warned that it would end in bloodshed, Remix News reported.

The French intellectual’s polemic speeches have made him a target, not just of the French government, but also migrants. Last spring, video surfaced on social media which showed a man who appeared to be Middle Eastern or North African threatening Zemmour with violence as he walked alone on the streets of Paris. The young man, who filmed himself accosting Zemmour, also claimed to have spat on the journalist, Remix News reported.