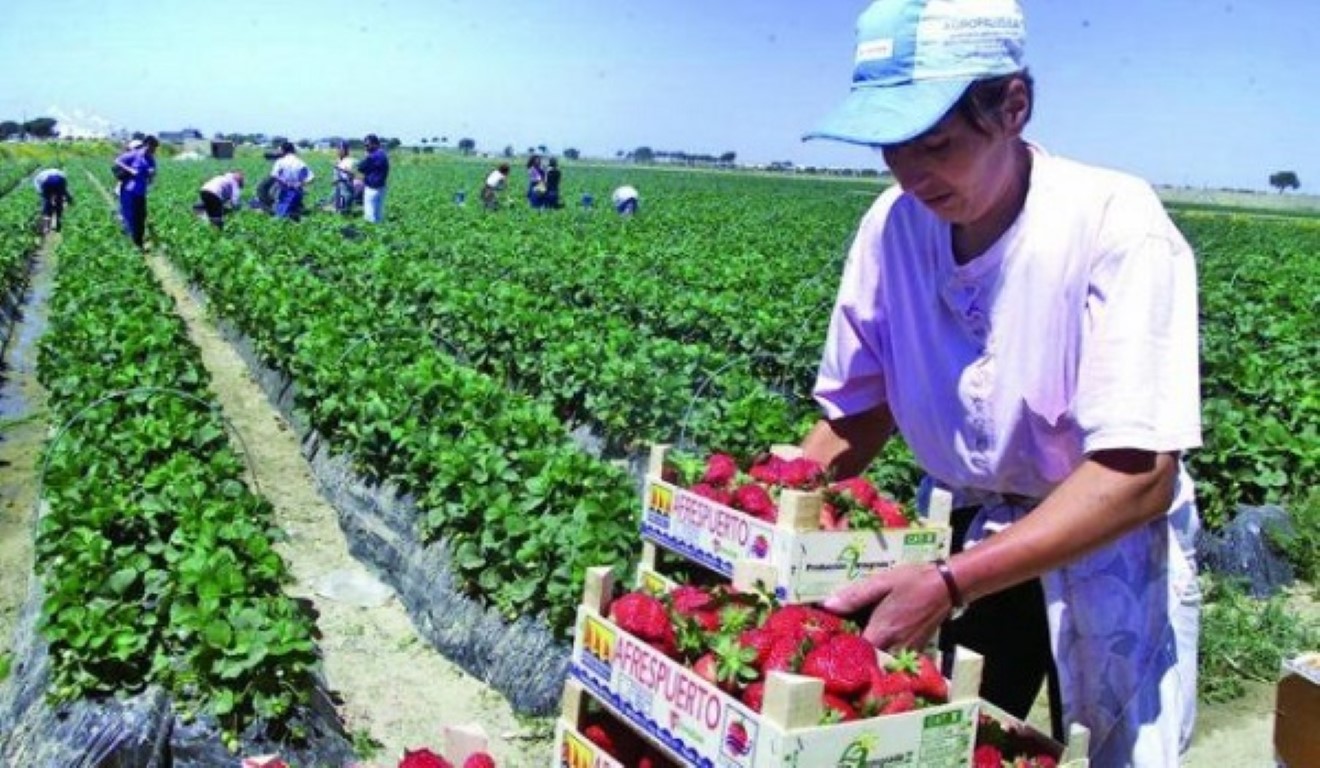 British citizens says that their applications to work on farms are being ignored or rejected at a time when farmers are claiming a shortfall in farmhands and even flying in Romanians to work in the country.

Despite the interest Brits have shown in working in farms, many of them say that their applications are going nowhere.

Lindsay Skyrme, a 47-year-old NHS worker who lives in Wales and previously worked in a bed and breakfast before it was closed down due to coronavirus, told Remix News she applied three different times for jobs on farms, including fruit picking jobs after hearing the UK was in desperate need of farmworkers.

With the coronavirus crisis closing borders across the continent, British farmers say they are short 80,000 seasonal workers who would normally be working the fields. Over 35,000 British citizens have applied to work on farms and nine out of 10 applicants are UK citizens. Still, British farmers say those numbers are not enough, resulting in one UK farm operation paying tens of thousands of pounds to fly in 150 Romanians to work on British farms, with more flights to the UK from Romania planned in the near future.

Skyrme said she first applied through the HOPS application portal

“It was a fairly straightforward online application,” she said. “They didn’t ask for many details. I don’t think they even asked for my age.

“But then I got a kind of generic response probably about 10 days later that said due to an overwhelming response due to their advert they would get in touch again. I didn’t hear anything subsequent to that.”

The second farm application she sent resulted in a message two to three weeks later informing her that all their April vacancies were filled, and she should try again in May.

She told Remix News that she sent her third application to Concordia charity, which was the only one that gave her a positive response. They offered her a date for a video interview, but she says that she already accepted a job as a cleaner with the NHS about an hour or two before Concordia got back to her.

She says she is willing to work on a farm if her three-month contract with the NHS is not extended.

After hearing the news that Romanians are being flown into the UK, she thought it strange that farms and the employment agencies they contract with are passing over British citizens who want to work. She doesn’t know whether Romanians are especially suited for the work but remembers that it was common for Brits to work the farms in the 1980s.

As for her, she says, “I would have done anything. I just wanted to work.”

Skyrme’s experience is not unique. One person who wished to remain nameless shared a copy of his rejection email with Remix News after applying through the HOPS website for a fruit picking job.

The email, dated April 15, 2020, contained the following message: “Thanks submitting your details via the HOPS website, there have been over 32,000 applications, this is truly overwhelming number, and we have currently filled all our April and May placements (Please bear in mind we do not supply every farm in the UK — I really wish we did).”

The email, written by Fruitful Jobs Ltd, claims that it will get in contact with the applicant once farm job openings become available. The rejected applicant told Remix that he has never received any follow-up about a fruit picking position.

“There are farms advertising on different platforms directly which you may be an avenue you wish to explore, or researching your local areas for producers,” suggested the representative from Fruitful Jobs Ltd in the email.

Despite Britain experiencing a dramatic shortfall in farmers, it appears British applicants are receiving rejection notices claiming positions are full.

Applicants have also been active on social media sharing their experiences with ignored applications.

Here's a copy of one of my applications for fruit picking jobs on @CVLibrary that I've yet to receive a response to yet we're told we need to charter flights full of Eastern Europeans into the country because Brits are to lazy to do these jobs whilst also being told to #StayHome pic.twitter.com/TmUt1hj7WH

Online forums are also filled with Brits who are frustrated with their applications being turned down or ignored. For example, a thread about farm work on Mumsnet received over 400 comments, with many applicants complaining that farmers are favoring cheaper foreign labor and ignoring their applications.

Facebook groups such as Jobs for Camper Nomads are also filled with Brits criticizing the industry and the unfavorable terms they are offering not only Brits but also foreign workers who take the jobs.

Anthony Hicks, a 37-year-old landscape gardener, also said he is surprised he never heard back from anyone despite multiple applications.

“They said I’d not been accepted, no reason given,” he told the Sun. “I have worked in vineyards, picked grapes, done landscape gardening for a decade.

“I’m willing to work and get off my backside and I don’t understand why I’m not suitable.

“It’s very demoralizing to hear they need an army of people when it appears no one can get a sniff.”

There are a number of factors that account for why farmers may prefer foreign labor, such as Romanians and other Eastern Europeans.

Farmers reportedly prefer their workers to live on-site where they can subtract food and housing costs from their salaries. Many farms charge workers for accommodation, with seasonal workers often paying a set fee to be crammed into caravans with other workers.

With many farms requiring workers to stay on-site, it has also presented a challenge for UK citizens who would then be paying both for their current rent and the additional fees associated with being required to live on the farm.

The requirement to live on-site also raises difficulty for those with families, as work usually begins 5 a.m. or even earlier. Workers on furlough may also lose access to benefits or even lose the right to return to their job once they return from furlough.

It is also true that any British workers lack experience working on farms while many Romanians have been working fields for years. Picking fruit and harvesting is intense work and does require skill. UK farmers may prefer Eastern Europeans who they know have handled the work before, however, given the shortfall in workers, many UK citizens who say they are willing to are surprised by the decision.

The UK is hardly unique

Other European countries are also relying on foreign seasonal workers despite coronavirus lockdowns.

Although common in Western Europe for decades, Central Europe’s agricultural sector has become more and more dependent on cheap labor from the east, in something of a cascading scenario where Hungarian workers increasingly go Austria, Germany and even the United Kingdom. As Hungarians go westward, farms in Hungary rely on labor from Romania — with most of these workers serving as daily commuters from across the border, thus foregoing the need for temporary lodging of the type seen in Britain.

Typically, these seasonal workers are picking the first spring crops of strawberries, raspberries and asparagus.

The UK example also shows how governments are being forced to balance epidemic controls with the need to at least partially restart their economies. The UK government’s watchdog, the Office for Budget Responsibility, warned the economy could shrink by more than a third this quarter alone with two million people made jobless if the lockdown continues for two more months.

Germany is also working to recruit 80,000 Romanian seasonal workers, with one already dying from the coronavirus. The country has implemented a centralized government-run website to recruit its own citizens to work on the country’s farms. Despite tens of thousands signing up, farmers say it is still not enough to make up for the shortfall.