The MPs believe France should follow the Portuguese example 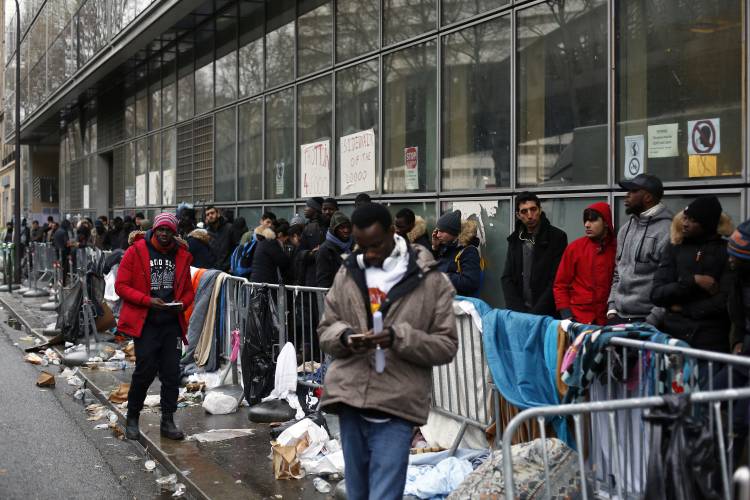 A bloc of 104 predominantly left-wing French MPs have signed a letter addressed to Prime Minister Edouard Philippe calling for the government to offer amnesty to all illegal migrants living in France.

The signatories claim that the move would help to fight the coronavirus epidemic.

The letter was inspired by the Portugal where the Portuguese government decided to grant illegal migrants and asylum seekers residency rights on March 28 in order to provide them with healthcare access during the coronavirus outbreak.

Portugal did not specify how many illegal migrants benefit from the decision, but the measure is explicitly temporary and meant to only last for the duration of the virus outbreak.

On the other hand, French MPs did not specify whether the amnesty they are demanding should be temporary as well.

“We solemnly call on the French government to take the same measures as the Portuguese government. The health catastrophe we are experiencing forces us to act responsibly and without delay, as our Portuguese friends have done,” states the French letter published in Le Journal du Dimanche.

According to the MPs, amnesty would contribute to making the illegal migrants eligible for healthcare in case they get infected with the coronavirus. Other activist groups have also pushed for similar measures in other countries, including the 3 Febbraio NGO in Italy, which has called on the government there to grant a mass amnesty to approximately 700,000 illegal migrants during the coronavirus crisis.

The push for mass amnesties comes at a time when Council of Europe Commissioner for Human Rights Dunja Mijatovic has demanded the release for as many migrants as possible from detention centers across Europe amid coronavirus pandemic.

Recently, France has been one of the prime destinations for illegal migrants and asylum seekers, and their number increases every year. Although the country keeps no official statistics on the ethnicity of newborns or its overall population, a study has shown that the country is undergoing demographic transformation, with one-in-five newborns given Arab-Muslim names.

The country saw three record-breaking numbers of asylum claims in a row from 2017 to 2019.

In total, France’s illegal immigrant population is estimated in hundreds of thousands of people.

Providing amnesty to illegal migrants may also make France an even more appealing destination for migrants looking for a final destination in Europe.

There are also concerns that a rising population of migrants may lead to more crime. Nearly half of all criminals in Paris no-go zones feature a migrant background, according to Le Figaro.