Ukrainian women at the Galaxen refugee center in Olofström, Sweden, have been told not to dress in a way that could provoke men from “other cultures” who also live at Galaxen housing facility, according to the Swedish online newspaper, Nyheter Idag.

The instruction has prompted one women’s shelter to start informing Ukrainian women of their rights.

Gitana Bengtsson, who has been helping refugees, reacted to the “advice” from the refugee housing management and made sure to connect with a women’s shelter.

“I have talked to a woman from the women’s shelter in Olofström. She said that we should go there and have an informative meeting for the women,” Bengtsson told Swedish Radio. “So that if they feel unsafe, they can call, and they should feel safe. Tell them a little about their rights and where they can turn.”

Answering how Ukrainian women dressed before being told to change, Bengtsson said that “they usually dressed like us, you and me.”

“There is nothing strange about it. They did not look like prostitutes. If those women lived in the city, no one would tell them how to dress,” added Bengtsson.

The site manager at the accommodation had reportedly told the women that they should not wear light clothing that makes body parts visible, such as short shorts or skirts.

There have been numerous reports of some Ukrainian women who sought refuge in Sweden feeling unsafe in their new surroundings because of attempts by migrant males to break into their accommodation.

In March, the Swedish news outlet Samnytt spoke with female Ukrainian refugees residing in the town of Örebro following an incident where foreign males entered their homes and tried to attack them.

“They said that Sweden was a safe country, but I have not seen that,” one of the women told Swedish public radio.

In addition to the threats of sexual assault, a number of Ukrainians have reportedly refused to board buses in the Ukrainian capital set for Sweden over general concerns of the level of crime in the country.

Jimmy Hemmingsson, a Swedish national currently assisting the humanitarian effort in the Polish capital of Warsaw, explained in a radio interview in March that refugees had been expressing concerns about the number of shootings that occur in Sweden, in addition to hearing reports of social protection services taking children away.

One woman told the Samnytt news outlet that at least they knew the possible danger and what to do about it in Ukraine: “When there are bombs, I know at least that I can go down to the basement and hide there. 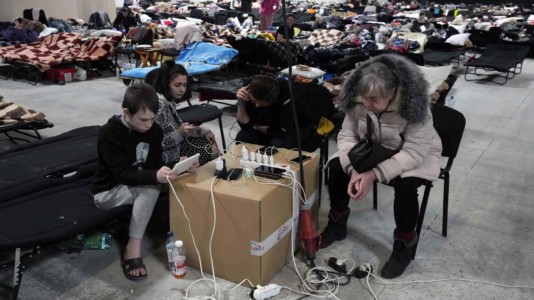