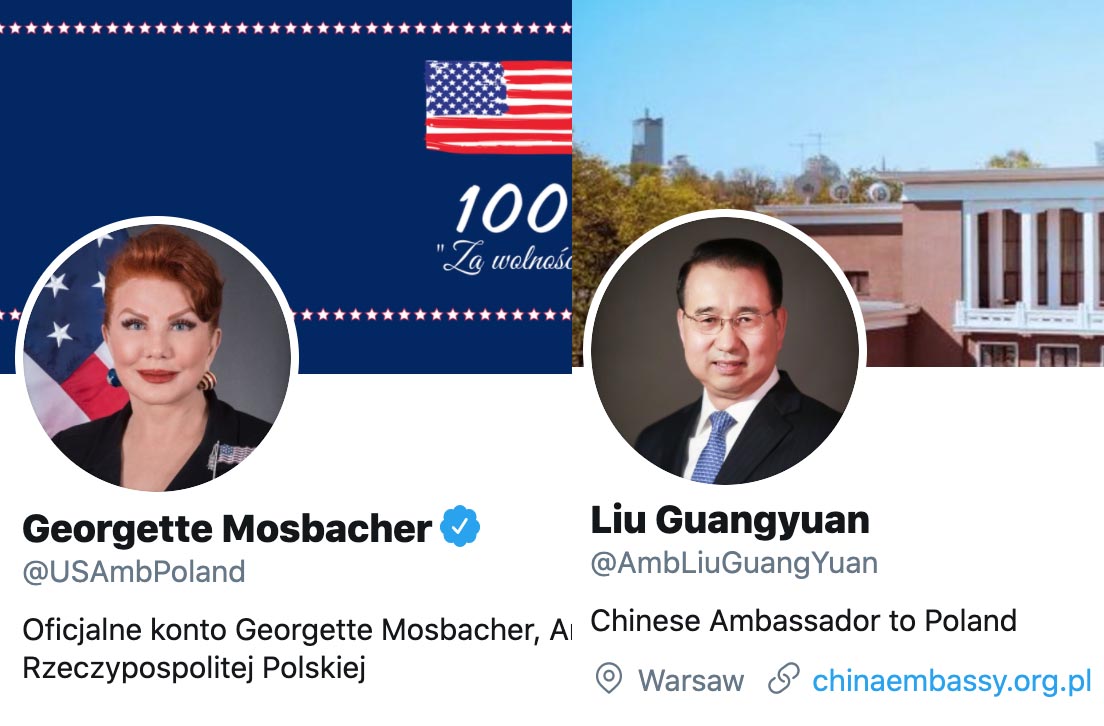 It's sad to see the infection cases of #COVID19 having surged over 1 million in the US. It's even more worrying to see that the US is still exporting coronavirus and jeopardizes the world. Its impact on those with fragile health systems is catastrophic. https://t.co/YqUep6VK1V

Mosbacher responded by reminding the Chinese diplomat that the pandemic started in China and its government’s “lack of transparency” led to the global crisis.

Mr. Ambassador, you’re representing the country that caused the pandemic. Your unfounded criticism can’t mask the fact that the Chinese lack of transparency forced the world into this trauma. https://t.co/2GFoB9EtlQ

Guangyuan then lashed back, accusing the US government of incompetence in its dealing with the pandemic.

Madam Ambassador, scapegoating and slandering others cannot cover up the incompetence of your government, and it won’t save human lives. Spare your energy to control the worsening situation in the US, and do something positive for the world people. @USAmbPoland

Guangyan also wrote that the U.S. had hid the pandemic’s existence and blamed others for it. He added that the American superpower was the main factor which hindered the global battle against the coronavirus.

Mosbacher pointed out that the U.S. was the largest financial contributor to the fight against the pandemic and declared that the Chinese government “was responsible for the crisis around the entire world and no lies will cover that up.”

Mr. Ambassador, the United States remains the largest single country donor to #COVID19 response efforts globally. The Chinese government’s actions are responsible for the global crisis, and no lies can cover that up. https://t.co/IDYzj9m7tA

Beijing has recently been pushing back against foreign criticism, especially Washington’s, which accuses China of trying to hide data on the COVID-19 pandemic which started in late 2019 in the Chinese city of Wuhan.

During the coronavirus crisis, China has been accused of hiding the severity of the virus and even silencing whistleblowers. Research from the University of Southhampton also has shown that China could have prevented 95 percent of coronavirus infections worldwide if it had heeded the warning of Chinese doctor Li Wenliang—who first warned of coronavirus on Dec. 30—and enacted restrictive measures three weeks earlier than it did.

More than 3.2 million confirmed infections have been found since then and over 227,000 people have died.

Trump announced in mid-April, that the U.S. will cease to pay its payments to the World Health Organization (WHO) until it explained its role in concealing the coronavirus’s spread. He also believed that the WHO had been favorable towards China due to ties between the communist government and the current WHO head.