US military planes circle over Poland and Romania

A number of U.S. and U.K. planes are active near the border of Ukraine 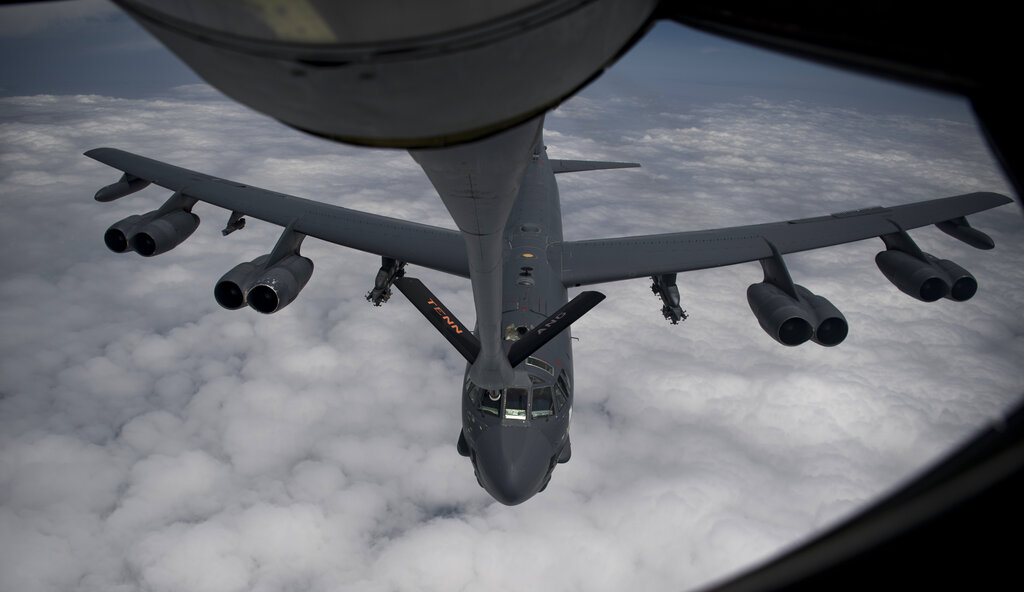 Without much fanfare, NATO air forces are keeping a close eye on Ukraine and maintaining a high readiness level, data from air traffic website Flightradar24 showed.

Over Romania, a U.S. reconnaissance plane, based at the Kogalniceanu air base in Romania on the Black Sea port of Constanta, flew a patrolling route over the country’s eastern and northern border with Russia. The modified Bombardier Challenger 650, named Artemis, introduced in 2021, has sophisticated surveillance equipment and can flying at an altitude of 12,000 meters, allowing it to see several hundred kilometers into another country, and with radars able to discern targets as small as a tank.

Throughout Sunday, two aerial refueling planes, KC-135 Stratotankers, also circled in a holding pattern just east of Krakow in Poland, some 150 kilometers from the Ukrainian border. According to Flightradar data, the planes, with a U.S. registrations, took off from Rammstein Air Base in Germany.

During the day, a U.S. F-35 Lighting multi-role fighter was also tracked over the same area, also originating from Rammstein.

A second refueling plane was in a holding pattern over east-central Romania just north of Brasov on Sunday, this one from RAF Milden hall in the U.K.

At the time of writing on Monday morning, the same tanker that flew over Poland on Sunday — call sign LAGR130 — was already on its way to its station, again from Rammstein. 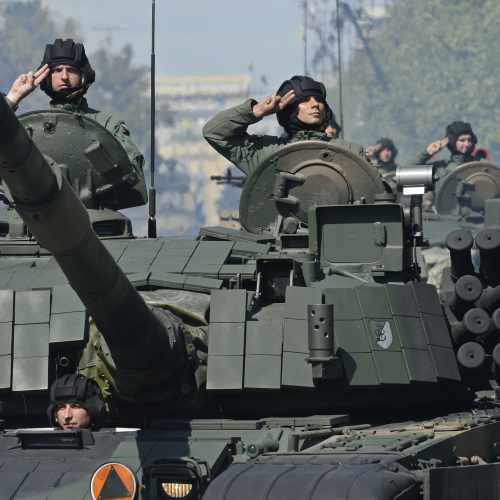