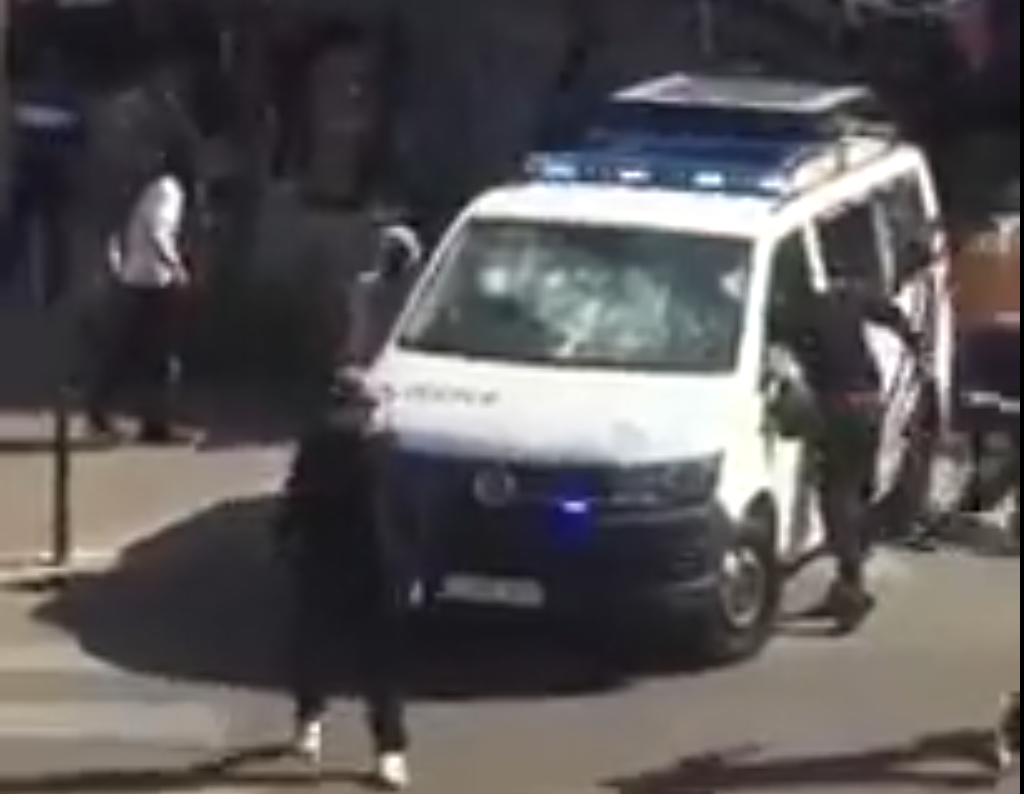 Police in Germany and Belgium faced violent assaults from youths during an Easter weekend during a time that both countries are under coronavirus lockdowns, with authorities arresting 57 in Belgium and six in Germany.

The largest attack on police occurred on Saturday in Anderlecht, Belgium, and featured migrant youths destroying police vehicles and firing a gun in a riot that quickly spun out of control, according to RTBF.

The street battles began when a 19-year-old identified only as “Adil” died when he collided with a police van while trying to run through a checkpoint with his scooter.

News of his death quickly spread through social media and messaging apps, prompting youths to call for “protests” over his death. Young migrant congregated with various weapons, including bricks and stone slabs which they hurled at police vehicles.

Dramatic footage was captured of the riot and posted to social media.

Other video angles showed the intensity of the street fights, with police looking as if they were virtually powerless to stop the rampaging men.

An unidentified individual wearing a ski mask also reportedly fired a handgun three times in the air that was previously stolen from a police vehicle. Police have confirmed that a police firearm was stolen and say the incident is currently under investigation.

“There was a new spike in violence, a more limited one, around 10 p.m., with stones thrown at a police station, but this was rapidly repressed by police,” said the mayor of Anderlecht, Fabien Cumps, to RTL.

Police chief Patrick Evenepoel said that police initially didn’t confront the illegal gathering but only took action “when we saw that groups of young people were arming themselves with rocks taken from construction sites in the area.”

Belgium currently bans all gatherings of two or more people.

In Germany, a warm Easter weekend also saw violent attacks on the Frankfurt police forces, according to Frankfurter Allgemeine.

While attempting to enforce social distancing measures, police were assaulted by a group of men wielding stones and iron bars. On Friday, police initially stopped to investigate a large group of men gathered in violation of the country’s lockdown rules in one of Frankfurt’s districts.

As officers approached, one of the men threw a stone at the police. The group then ran away before police could apprehend them.

A second officer was then attacked elsewhere by approximately 20 people as police stepped out of their vehicle.

“Some of the men were armed with stones, roof tiles and iron bars and were threatening the officers,” the Frankfurt police statement added. The police were also attacked by a person who threw a five-kilogram metal plate.

Frankfurt police then deployed a helicopter to search for the perpetrators, and eventually found and arrested six suspects between the ages of 23 and 31 in an apartment. Police seized brass knuckles, samurai swords, and knives from the suspects after searching the apartment.

The identities of the suspects have not been released.