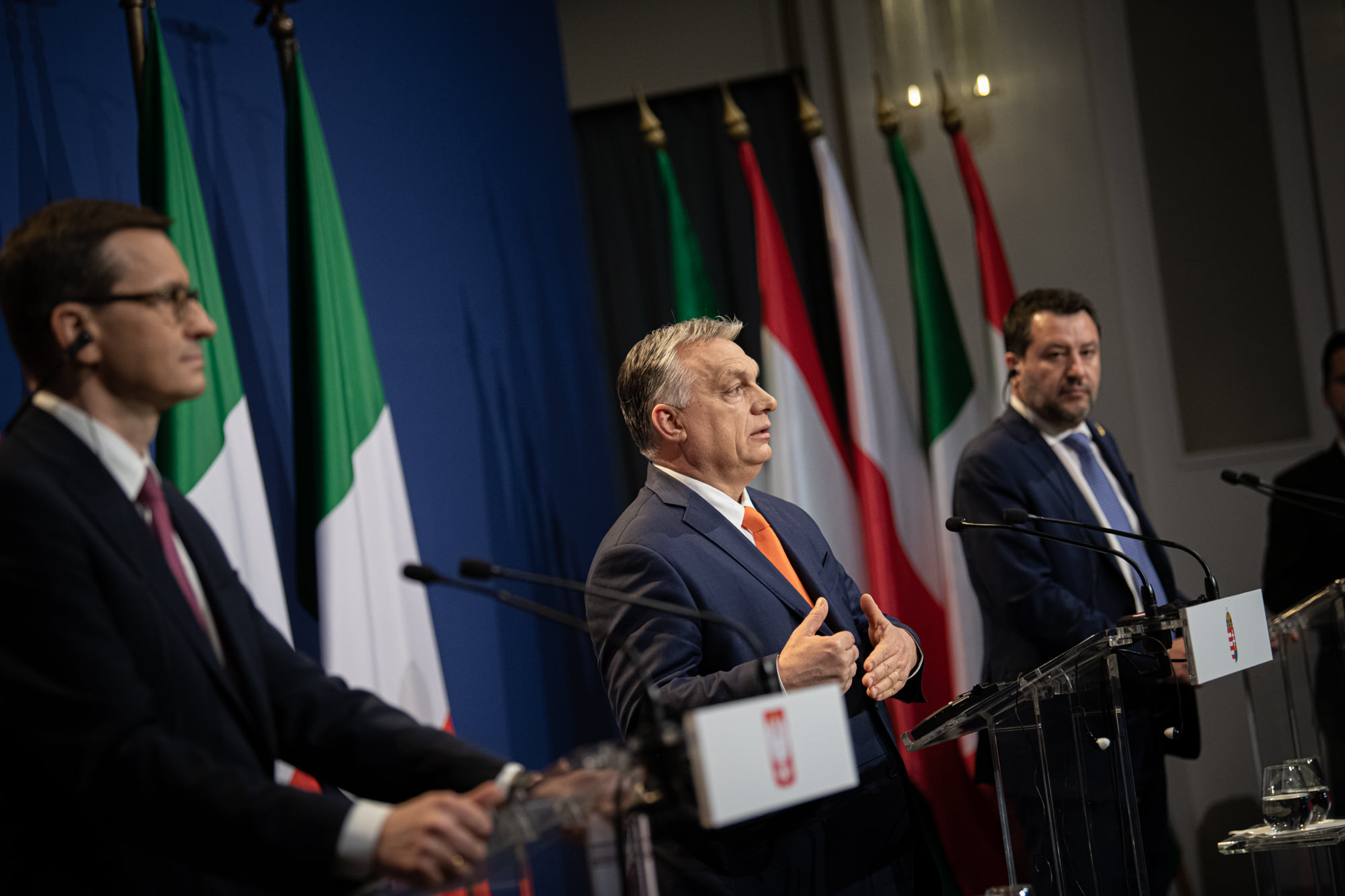 Hungary’s Fidesz, Italy’s League and Poland’s Law and Justice (PiS) parties will work together towards a “European renaissance”, the three parties’ leaders said after a two-hour summit in Budapest on Thursday. Viktor Orbán, Matteo Salvini and Mateusz Morawiecki discussed their cooperation in a Europe where the largest formerly conservative group, the European People’s Party, has increasingly abandoned its traditional values in favor of pursuing a left-wing agenda.

“We want a European renaissance, and we will work together for that in the future,” Orbán said after the meeting, adding that the meeting was focused on the three parties forging a political alliance at the European level. He said they concluded that there was no major interest regarding their respective nations where they could not cooperate.

“Both Italy and Poland have a government with a strong Atlantic commitment and Hungary is a reliable member of the European Union and NATO,” Orbán said. “The fact that the strongest right-wing party to date, the European People’s Party, has apparently made a long-term commitment to working with the European left, many millions of European citizens have been left unrepresented.“

“We will work to give these people a voice and weight in European politics,” Orbán added. “We also say no to censorship, the European empire in Brussels, communism, illegal migration, and anti-Semitism.”

Polish Prime Mateusz Morawiecki said that beyond the immediate goal of defeating the pandemic, the three leaders have established their joint priorities: Euro-Atlantic cooperation, NATO, and deeper European integration, but rooted in traditional values.

“All this in a way that respects national sovereignty and real, European values. The family and the dignity of the individual are the real traditional values,” Morawiecjki said. “We thought of creating a certain intellectual foundation for Europe. That is the main idea. Hence, the idea that there is a need for a renaissance of Europe, a revival of the values on which we can really rely.”

Morawiecki also said that they were interested in promoting the common prosperity of all European nations based on the cooperation of equals.

“Solidarity is not a dictatorship of the strong, it is about protecting common values,” he said.

League leader Matteo Salvini said Europe has abandoned its traditional Christian roots and the three leaders want to work together to remedy that.

“We do not want EU countries to stand against each other, we do not want to transfer problems, we need to create a common force that protects Europe’s borders,” Salvini said, adding that the Budapest meeting could establish the core of a larger force.

“There are three of us today, but we could eventually form the majority working to create a Europe of solidarity, normalcy and happiness.