Zuckerberg asks for governemnt regulations on ‘what discourse should be allowed’

Zuckerberg calls for more regulation from governments, but free speech advocates are worried 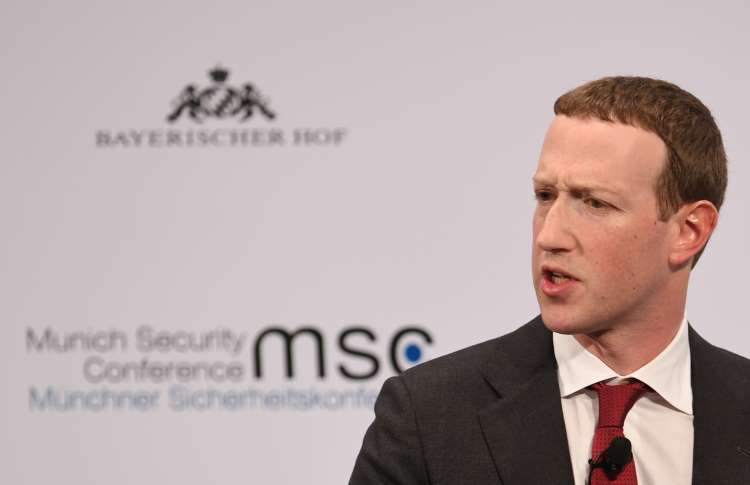 Facebook CEO Mark Zuckerberg called for governments to issue more regulations for Big Tech along with more guidance on what “discourse” should be allowed on the platform, during an interview at the Munich Security Conference this weekend.

“There should be more guidance and regulation from the states on basically – take political advertising as an example – what discourse should be allowed?” Zuckerberg said.

“Or, on the balance of free expression and some things that people call harmful expression, where do you draw the line?” he added.

Zuckerberg’s remarks raise the fear that Facebook could further erode free speech on the social media platform, this time with the help of state actors.

According to Zuckerberg, Facebook deletes more than a million fake accounts a day. At the same time, the CEO admitted that social media companies had been “slow to understand” election interference, namely the Russian operations.

“Regulation will benefit everyone,” he said.

However, Zuckerberg said he believes that Facebook mechanisms have improved in recent years. Since the 2016 U.S. presidential race, the company has uncovered more than 50 information operations aimed at elections, he said.

Recently, “Facebook took down two disinformation campaigns targeting the US,” said Zuckerberg, adding that the “vast majority” of the million fake accounts detected each day “are not connected to state actors trying to interfere in elections, but certainly part of that is a state effort”.

Zuckerberg pointed out that almost 35,000 Facebook employees work as content and security reviewers. Also, Facebook’s security budget for 2020 is bigger than the revenue in 2012 when the company held its initial public offering (IPO) and had a billion users.

Conservatives are most concerned about being censored on the platform, especially when it comes to hot-button issues like immigration, abortion, gun rights, and radical Islam.

Some politicians in the European Union have argued that criticizing pro-migration policies should be equated with hate speech, which could effectively shut down all debate about the topic.

The United Nations Migrant Pact, which seeks to make immigration a “universal human right”, is not politically binding, but there are concerns that the document could lay the groundwork for a future ban on speech related to opposition against mass migration.

“It is declaring migration as a human right so it will, in effect, become impossible to criticize Mrs. Merkel’s ‘welcome migrants politics’ without being at risk of being jailed for hate speech,” said MEP Marcel de Graaff in criticizing the pact in 2018.

A number of countries refused to sign the Migration Pact, including Hungary, Austria, Poland, Israel, and the Czech Republic.

Publishers of conservative content have also struggled on Facebook’s platform, with algorithmic changes to the Facebook News Feed leading to a disproportionate drop in traffic to conservative news sites.

Magazines like the Atlantic And they are far less accountable than elected officials for their choices. We should pay close attention to those differences before urging platforms to take on greater roles as arbiters of speech and information.

Daphne Keller, the director of intermediary liability at the Center for Internet and Society, wrote in the Atlantic about the power social media platforms have over discourse in the modern age:
“Major platforms can restrict our speech more effectively than any government in history. They can’t jail dissenters, but they can silence them. Increasingly, platforms such as Facebook rely on software that can monitor everything we write, route it for review, or just automatically delete forbidden words or images. Platforms can take down lawful but hateful, harassing, misleading, or offensive posts, and do so very swiftly—even with appeals, they resolve in minutes disputes that might take courts months or years.”
Facebook could also use future government regulations to serve as a defense against those criticizing the platform for restricting free speech. It could also protect Facebook from any lawsuits or legal liability for taking action against censoring content.
“Even if I’m not going to agree with every regulation in the near term, I do think it’s going to be the thing that creates trust and better governance of the internet and will benefit everyone, including us over the long term,” said Zuckerberg at the security conference.

At the same time, however, Zuckerberg says he is against making social networks responsible for all content they display. Given the daily number of Facebook posts, checking each one is unrealistic, he said.