Are we witnesses to the fall of America, our modern Rome?

America is transforming in its role as a superpower with no small amount of chaos, and Europe must be prepared to adapt, writes political scientist and philosopher Marek A. Cichocki 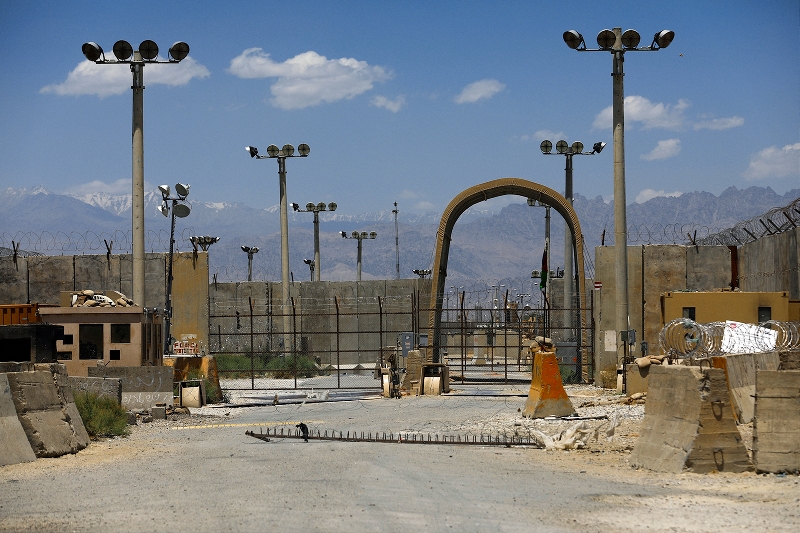 A gate is seen at the Bagram Air Base in Afghanistan, Friday, June 25, 2021. In 2001 the armies of the world united behind America and Bagram Air Base, barely an hours drive from the Afghan capital Kabul, was chosen as the epicenter of Operation Enduring Freedom, as the assault on the Taliban rulers was dubbed. It’s now nearly 20 years later and the last US soldier is soon to depart the base. (AP Photo/Rahmat Gul)

Images from the American Bagram military base in Afghanistan shown by the West’s largest tv stations will forever be remembered as a testament to Joe Biden’s policy. The Americans left their key base in the middle of the night, abandoning equipment, the Afghani staff, and even several thousand detained Taliban members. As if it were some cruel joke, at the very end the American army cut off the base’s electricity.

The images from Bagram will permanently stay in the West’s memory, especially in Europe, and will not help strengthen trans-Atlantic bonds as they are traditionally understood. Most likely, fears will increase that, following Trump’s election defeat, America has not become any more predictable and Biden’s administration is not directed by any thought-out strategy. Instead, the Biden administration is making chaotic and sudden movements which have fatal consequences for the West.

In the case of Afghanistan, Biden has created a void which not only will be quickly filled by the Taliban, but will also become an area of operations for Russia and China.

Are we witnesses to the fall of America? Is our modern Rome breaking apart?

The images from Bagram will permanently stay in the West’s memory, especially in Europe, and will not help strengthen trans-Atlantic bonds as they are traditionally understood.

Bruno Macaes, former Portuguese minister for European affairs, published an interesting book last year titled “History has Begun”. In this book, he claims that what we today see as the fall of America and what started during Obama’s presidency is in reality a historical change during which America is transforming its model of functioning as a superpower – and doing so chaotically.

This transformation concerns both changes to the internal social and political system, as well as reveals Washington’s search for methods to undertake rivalries with new powers such as China.

America will engage in this rivalry no matter what, given that it has 100 years of being a global hegemon behind it, along with powerful resources and civilizational vitality.

Nevertheless, we are watching a completely different America come into being: less European and most definitely unwilling to play the role of a modern Rome. In this sense, there will not be a return to the old concept of the West and trans-Atlantic relations.

Europe must adapt to this situation, and the images from Bagram should mobilize Europe in this direction.

Title image: A gate is seen at the Bagram Air Base in Afghanistan, Friday, June 25, 2021, AP Images.