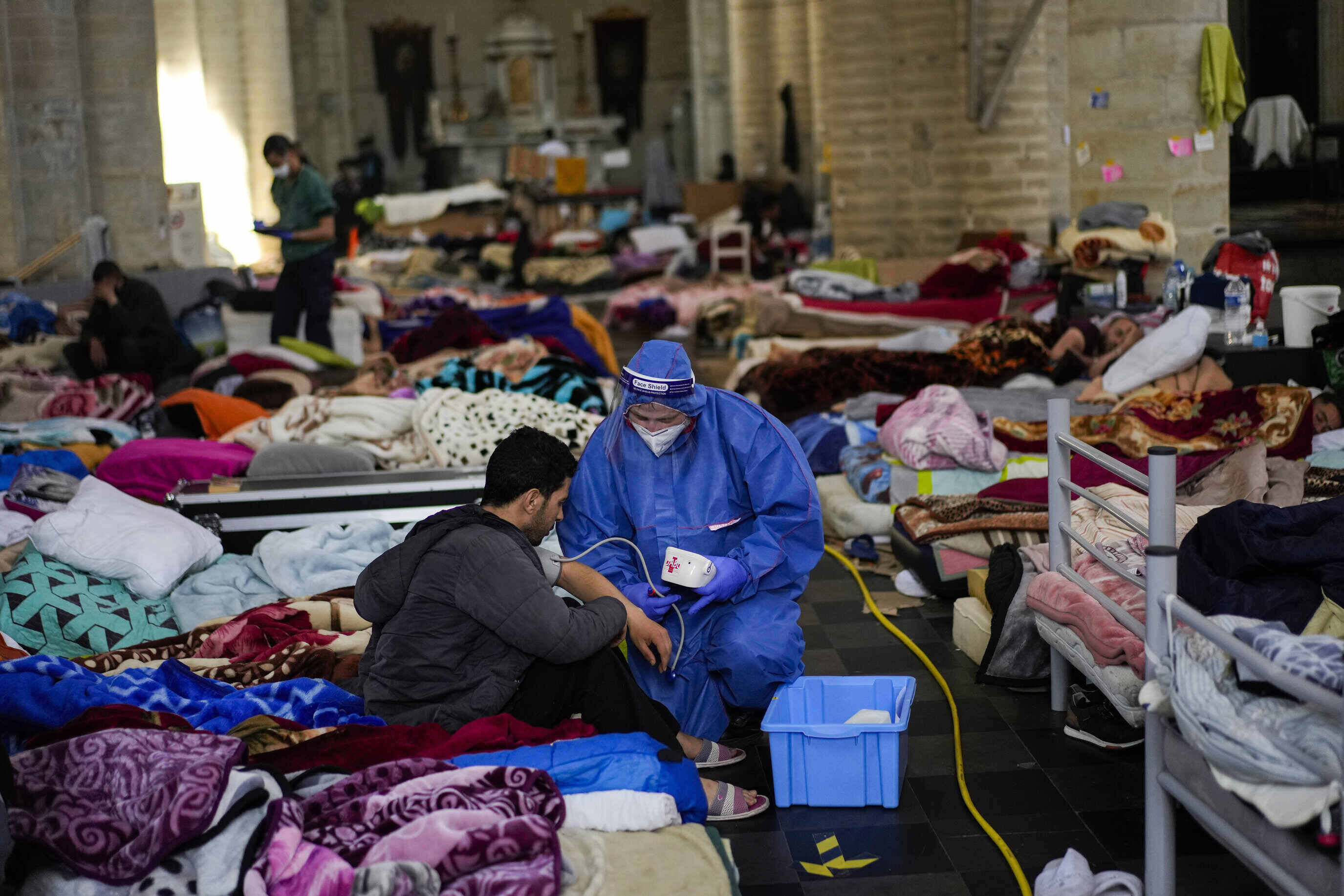 A Red Cross health worker attends a man on hunger strike as he occupies with others the Saint-Jean-Baptiste-au-Beguinage church in Brussels, Monday, June 7, 2021. Dozens of migrants without official papers and who have been occupying the church since last February, with permission of the priest, has began a hunger strike since 23 May to draw the attention of Brussels authorities to their plight. (AP Photo/Francisco Seco)

Members of the Belgian government, two UN rapporteurs, and several associations have expressed concern about the fate of 450 migrants in Belgium who have been on hunger strike since the end of May. In recent days, some of them have stopped taking fluids. Some are reportedly so exhausted that they are in imminent danger of death.

The immigrants, mostly from North Africa, demand mass legalization of their stay in Belgium. If any of the participants in the hunger strike die, the socialist members of the Belgian government are ready to resign, announced Deputy Prime Minister Pierre-Yves Dermagne.

Migrants seeking legal residence in Belgium began a hunger strike on May 23 at two universities and one of Brussels’ churches. According to the AFP agency, the decision was preceded by four months of unsuccessful dialogue with immigration authorities. Some of the protesters claim that they have lived and worked in Belgium for several years, and that they therefore have contributed to the country’s economy. However, most of them are from Algeria or Morocco, so they are not entitled to asylum, as Belgium considers these countries safe.

“The information we have received is alarming, and several of the hunger strikers are in a state between life and death,” said Olivier De Schutter, UN special rapporteur on extreme poverty and human rights.

De Schutter, together with UN rapporteur on the human rights of migrants Felipe González, wrote an open letter to the Belgian Secretary of State for Asylum and Migration Sammy Mahdi, asking for a speedy solution. According to González, the Belgian government should clearly rule out the possibility of deporting migrants due to their state of health.

Minister Mahdi refused to take any measures regarding the group as a whole and called on all migrants to submit individual applications for legalization of their stay, the AP agency reported. The Minister also pointed out that, at the migrants’ place of residence, the government opened a special office for processing residence permits. However, very few people interested in legalizing their stay came to this office, he said.

The Belgian government “should consider issuing temporary residence permits, allowing any person who introduces a request for stay regularization the right to exercise an economic activity,” González said.

Nearly 300 strikers stopped taking fluids after the mass legalization of their stay was refused, stated the Médecins du Monde (MDM) medical organization. People in very poor health conditions are at risk of sudden cardiac arrest. Some of them have already started to lose their sight and are dizzy and faint. According to MDM, most people on the hunger strike are also depressed and are at risk of attempting suicide.

On Sunday evening, the Belgian government called on Red Cross doctors to assess the health of the migrants. However, according to the AFP news agency, representatives of associations prevented them from accessing most of the strikers, and none of them were hospitalized. On that evening, 15 ambulances arrived at the migrants’ location.

According to the UN rapporteurs, 150,000 people without a residence permit live in Belgium, which has a population of 11 million. Some migrants do not want to submit an official request for fear that they will then face deportation, the rapporteurs said.

Title image: A Red Cross health worker attends to a man on hunger strike as he occupies with others the Saint-Jean-Baptiste-au-Beguinage church in Brussels, Monday, June 7, 2021. Dozens of migrants without official papers have been occupying the church since last February, with permission of the priest, and began a hunger strike on 23 May to draw the attention of Brussels authorities to their plight. (AP Photo/Francisco Seco)