Bucharest is simply afraid of Hungarians 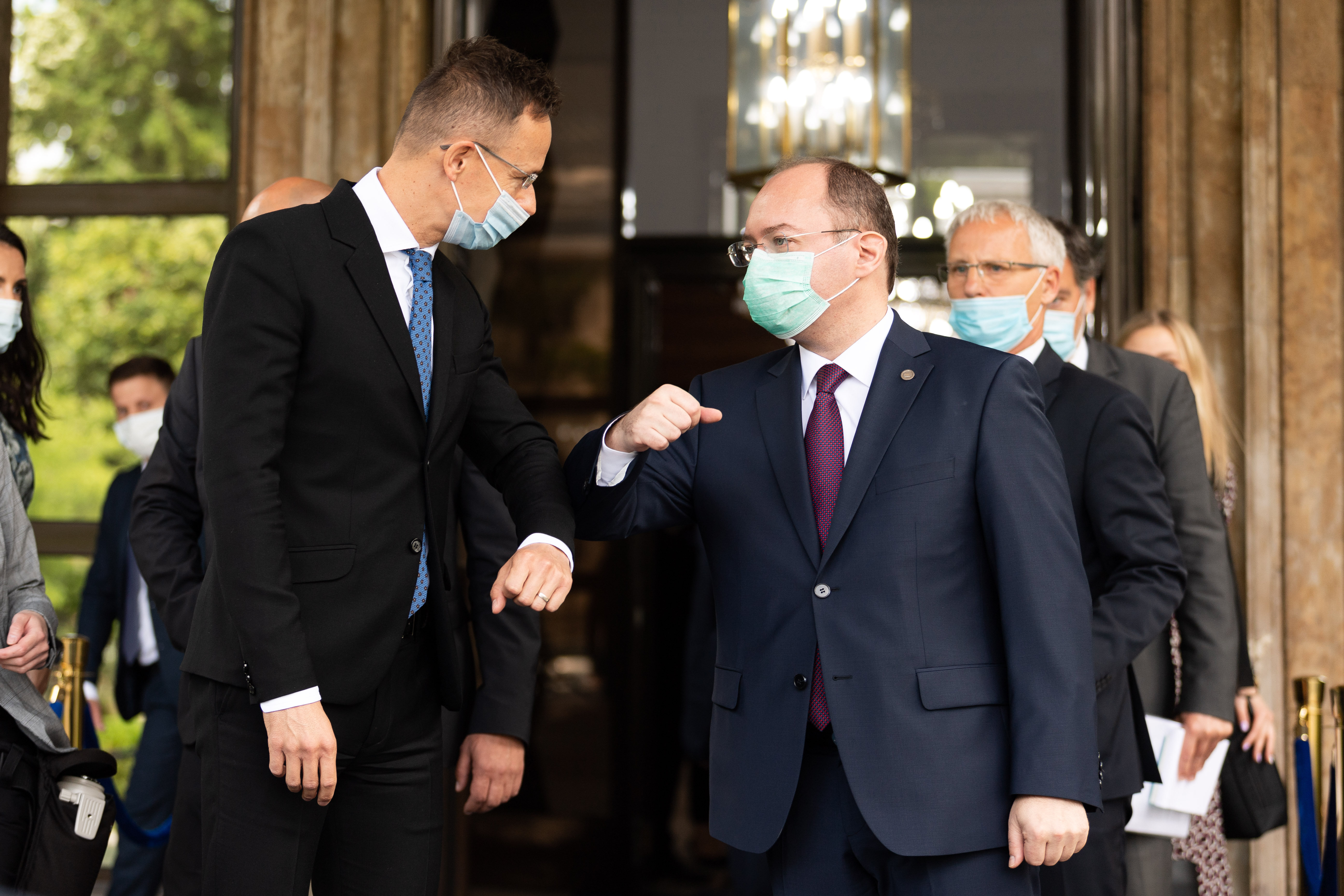 While Hungary’s bilateral relations with two of its neighbors, Serbia and Slovakia, are at their best in many years, the country’s diplomacy was so far unable to achieve a similar breakthrough with its eastern neighbor, Romania. Magyar Nemzet columnist István Pataky looks at the reasons for this failure:

To tell the truth, in the history of bilateral relations between Hungary and Romania, the dour and tension-filled periods like the current one are rather the norm than the exception. Lately, the part of the Romanian media which gets its cues from the secret services, has been steadily feeding public opinion with half-truths or even outright lies about Hungarian Prime Minister Viktor Orbán, thereby almost naturally setting Romanian politicians — whose anti-Hungarian sentiment is ingrained anyway — on a belligerent path.

Hungarian Minister of Foreign Affairs and Trade Péter Szijjártó’s recent visit to Bucharest was meant to defuse mounting tensions, but the only tangible result was that Romanian President Klaus Iohannis a few days later asked a constitutional probe on the law declaring June 4 a national holiday. And although on the surface it may seem that that was a concession to Hungary, the more likely explanation is that it was part of his Liberal Party’s domestic policy and the president’s continuous efforts to expand his own jurisdiction.

Predictably, the talks Szijjártó had in the Romanian capital were about the economic assistance programs Hungary is offering in Transylvania. While various Romanian politicians and the media accused Hungary of interfering in Romania’s internal affairs and only supporting ethnic Hungarians, there was very little evidence to support those claims.

Bucharest is obviously avoiding any meaningful relationship with Hungary, nor does it seem interested in working on joint successes despite Orbán having repeatedly said that the Central European region’s countries best chance for advancement is through cooperation.

This attitude was even evident at the height of the coronavirus pandemic when Hungarian aid was scorned rather than welcomed.

On May 27, Iohannis presented the country’s defense strategy for the 2020-2024 period, which says that “certain countries” are seeking dominance in Central Europe. While he did not name Hungary, Iohannis said the spread of the “so-called illiberal tendencies” in the region is a security threat. This was a thinly veiled reference to Orbán, who coined the term at a political conference in Transylvania back in 2014. The document also says that there is still a “risk of infection in the region which can affect both Romania’s economic development and its resilience.

The current Romanian political leadership — unlike all other regional countries — is building a political strategy on opposition to Budapest and the Democratic Alliance of Hungarians in Romania. But outside observers can only draw one conclusion from this: any Hungarian-related topic is a hot potato for Iohannis and Bucharest is simply afraid of Hungary.