People should follow in the footsteps of the founder of the GAB social media and not give into pressure from Big Tech, writes Bazyli1969 at his blog at salon24.pl 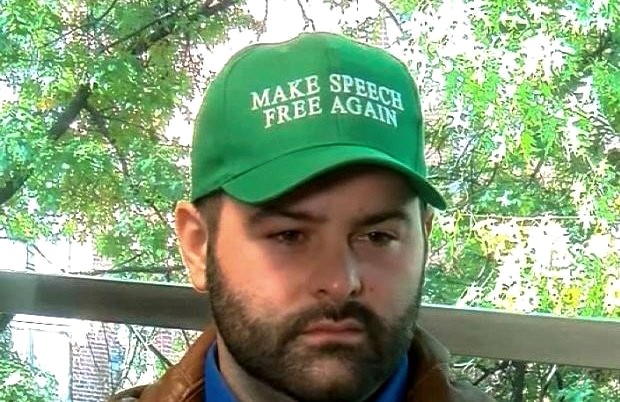 The neo-communist offensive directed against freedom of speech has entered overdrive. All of the so-called liberal claims about freedom of speech, democracy and respecting differences can now be thrown away. Thankfully, there are those who will not allow their minds to be engineered and are fighting for saving the values on which our civilization was built.

It is “our” civilization because in no other one is freedom of speech seen as essential element to life. And it is our civilization despite those who are alien to it doing everything in their power to pacify it or throw it into the garbage can of history.

Does such resistance have a chance of success? Of course, the strength of those identifying with Latin and Western civilization are weakening with each passing day.

We are not yet without hope. Although the situation is very dire, new initiatives are appearing on the horizon in opposition to the totalitarian ambitions of the fans of social control.

One of the defenders of basic liberties is Andrew Torba, the creator of free-speech social media platform Gab. He is an American who supposedly is not giving into the pressure of the mainstream and is opposing the conformity of the current social narrative. Moreover, Mr. Torba is supposedly a descendant of Polish emigrants (the Polish “torba” means “bag” in English), a Catholic, and a Trump supporter. What the man believes and what kind of character he has in reality – I’m not sure. Information about him is sparsely doled out to the general public.

Despite all of this, some information has reached us.

Mr. Torba decided to earn some cash a few years ago. He directed all of his energy to creating an alternative to the opinion exchange platforms which have dominated the virtual world. While the initial beginning of his Gab site were difficult, he decided to throw down the gauntlet against the powerful corporations that controlled communication in our world.

Gab’s origins were humble, featuring barely functional options, poor marketing, and limited reach. Yet, he promoted his product  It all came to fruition when in 2017 media outlets began declaring it a competitor to Twitter – an overstatement as the number of Gab users had still not exceeded the tens of thousands.

After the attack on a synagogue in Pittsburgh in 2018, English-language media decided to carry out a medieval lynching on the young company and against Torba, claiming that because one user on the site advertised the attack, it should serve as an excuse to shut the entire network down. Torba and even his family had all banking services cut and was blacklisted from credit card processors like Visa, leaving him forced to accept money from Bitcoin and checks to keep his network running. Despite all of this, Torba did not break.

Recent events in the US confirm that Torba’s approach was correct. In face of the Twitter, Facebook, Instagram monopoly on information, Gab is one of the few remaining bastions of free speech.

In the last week, Gab has recorded a massive influx of users, and even saw a 750 percent increase in traffic in the last week, translating into tens of millions of visits. What fate awaits Mr. Torba? It is unknown. Maybe a billion dollars or two will convince him to change his opinion and give up. I hope that does not happen and that for all of those who are not ambivalent to the values of our society, Gab will be a place in which freedom of speech will not be restricted be neo-communist censorship.