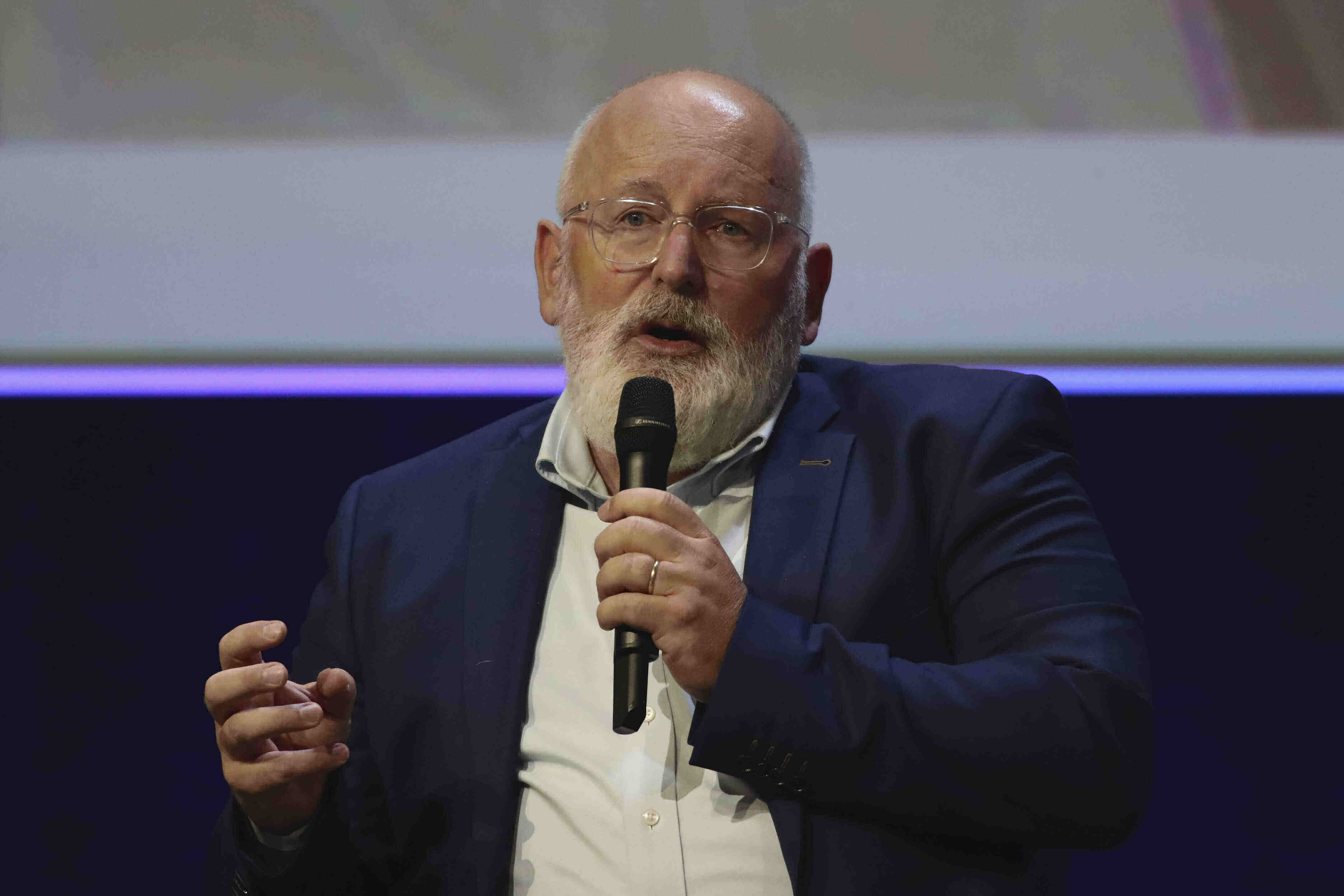 Steeply rising energy prices are starting to affect the mood of Europeans, who are beginning to protest against further increases in the cost of living. Governments of individual member states respond to fears of unrest, for example, by capping prices or tax breaks. The United Kingdom faces an energy collapse due to a lack of electricity, which made the country resume the operation of its “dirty” coal-fired power plant.

However, the European Commission, as the architect of radical climate plans, continues to defend its policy head-on. The Green Deal’s chief architect and the commission Vice-President Frans Timmermans is convinced that expensive emission allowances do not lead to problems and the redistribution is the way to prevent drastic financial consequences for the poorer population.

To combat global warming, the EU executive wants, among other things, to end the production of gas and diesel cars, to charge for emissions from transport or heating buildings, or to increase the share of renewable sources in energy consumption. For the proposals to become binding standards, MEPs will discuss them with the member states in the coming months.

The climate package called “Fit for 55”, according to which emissions are to be reduced by up to 55 percent by 2030, was defended mainly by Deputy Chairman of the Commission Timmermans. He admitted that the increase in prices due to the measures taken was inevitable, but refused that the record growth of emission allowances would be the main factor. In addition, according to him, it can be seen that the prices of renewable energy sources remain low and stable.

Although the rise in energy prices is currently being strongly affected by global insufficient production on the market and high gas prices. However, the prices of emission allowances are climbing to record levels and wholesale electricity prices are also strongly affected by it.

Price of emission allowances is record-breaking and continues to rise

Last week, the price of emission allowances in the European Union exceeded €60 per tonne for the very first time and is currently even higher. It has roughly doubled in the last year, helped by more ambitious emission reduction targets and record gas prices.

Economists predict that there is virtually no scenario in which electricity in Europe will become significantly cheaper in the coming years.

“High electricity and gas prices will be a huge problem in many countries in both the developed and developing world. It will hit the poorest, brutally, perhaps as much as this winter hit thousands of homes in Texas. This will fundamentally affect the industry in Europe and elsewhere,“ Radim Dohnal from the Capitalinked.com portal told Echo24.

It also cannot be argued that renewable energy sources are stable. In the event of unfavorable conditions, there may be a power outage, which is currently the case in Spain. Wind farms have produced little energy and the country is now facing a crisis due to record electricity prices, which have tripled in the last six months.

The government is trying to intervene by temporarily reducing energy taxation and fixing the amount by which prices can increase. At the same time, however, the cabinet also faces great opposition from energy providers. The government has planned to reduce the profits of energy companies, which it wants to partially redistribute among consumers. Nuclear power plant operators have already threatened to shut down their reactors in that case. They supply about a fifth of the country’s energy.

The British are on the verge of collapse

In Italy, the price of electricity has risen by 20 percent in the last quarter of the year. Britain is also in trouble, deviating radically from “dirty” energy sources. The country is now a net importer of electricity, mostly from France.

The British were now almost on the brink of energy collapse, as a large-scale fire knocked out the backbone cable that supplies electricity from France. The lack of electricity has exacerbated the already tense situation in the market, where prices are hitting new records every day. The country even had to restart one of the decommissioned coal-fired power plants.

France, which is associated with nuclear energy, may soon get into bigger trouble. But according to the new climate legislation, it wants to significantly strengthen the green component of energy. Solar or wind farms should replace some of the electricity from aging nuclear reactors, and the share of renewables should increase to 33 percent over the next ten years.

Timmermans is convinced that even though Europe is now partially paralyzed by rising energy prices, it must not slow down. On the contrary, energy conversion is intended to accelerate. According to him, an effective “redistribution of the burden” will be necessary to prevent the financial impact on the poorer ones.

Critical voices in the debate

However, the debate in the European Parliament on climate plans was not only in agreement, but was also dominated by fears that the transition to clean energy would be very painful for people and thus threatened by resistance.

Criticism has come from Poland, which says that citizens are already starting to ask themselves who will pay the final bill. There were also strong reservations about extending the system of emission allowances to domestic heating or transport. According to French MEP Pascal Canfin, the political costs of this move would be huge and the impact on the climate would be very low.

Italian Minister for Environmental Conversion Roberto Cingolani then warned that it is dangerous for people to understand energy conversion only by paying more for electricity. He spoke of a “historical transformation” that will force people to make “key changes” in life and that will increase their living costs.