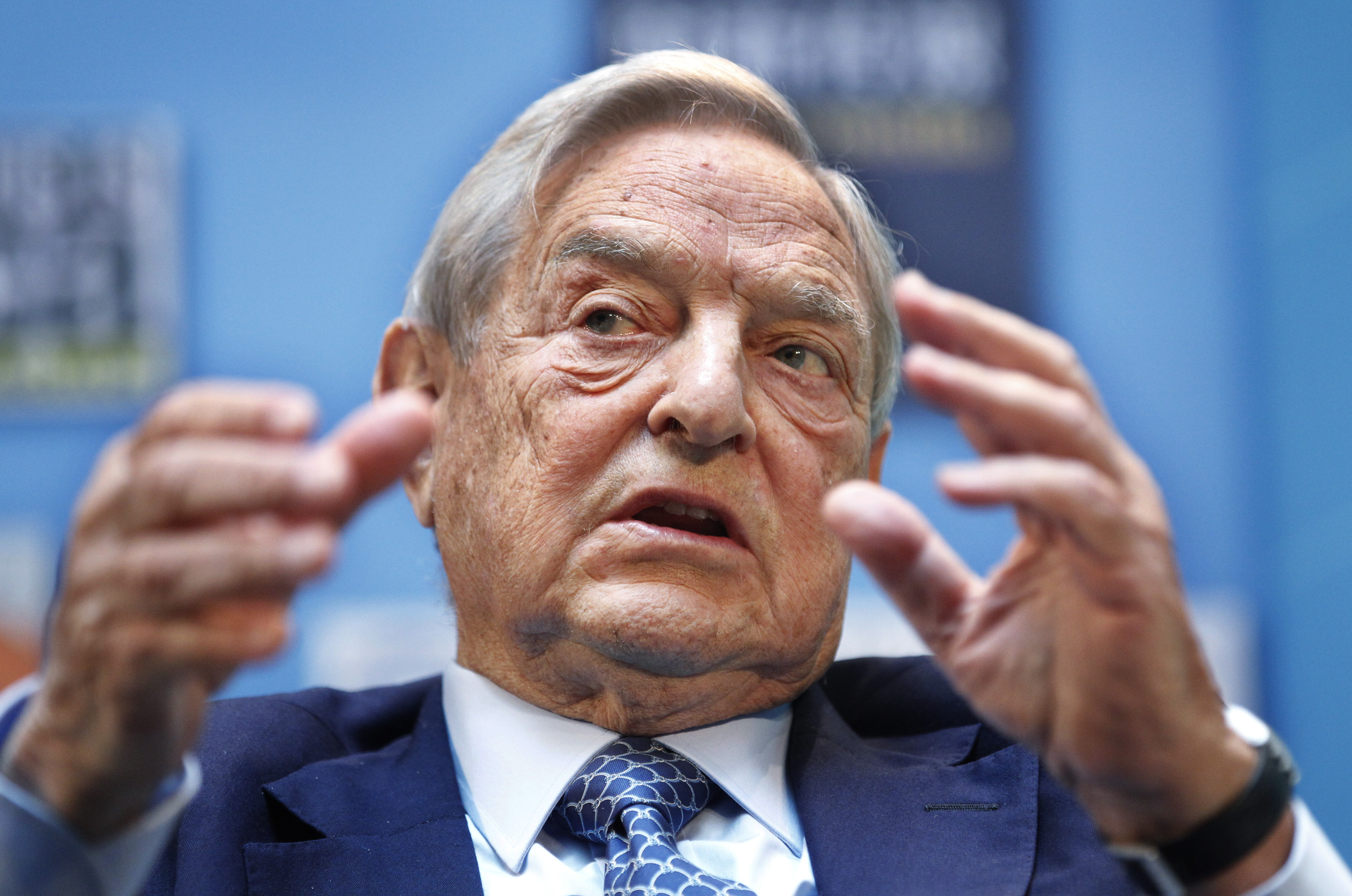 Billionaire U.S. oligarch George Soros has given a useful insight into his own thinking and plans during a Hoover Institution address this week, in which he outlines what he thinks are the greatest threats to his plans for a global open society. In this, the American businessman, who magnanimously calls himself a “political philanthropist,” points his finger firmly at China as the number one enemy. It is worth pausing at some of Soros’ remarks in order to understand the thinking of one of the most influential players in U.S. and European politics.

His self-description as a “political philanthropist” is a staggering contradiction in words that in a way characterizes his entire analysis of our current historical landscape. Pairing the concept of philanthropy, that is best described as selfless giving stemming from empathy and humanistic values with politics is a hypocrisy that is at the core of Soros’ quest for global influence, and one that runs through his entire Hoover Institution address.

Soros believes that 2022 will be a decisive year in the battle between what he calls open and closed societies. He points at the German elections, that have gone hands down in his direction, lists the upcoming Hungarian and French elections as key battles between the forces of good and evil. He expresses his hopes that Hungarian voters, “against all odds,” as he put it, will get rid of Viktor Orbán, whom he calls an authoritarian ruler. 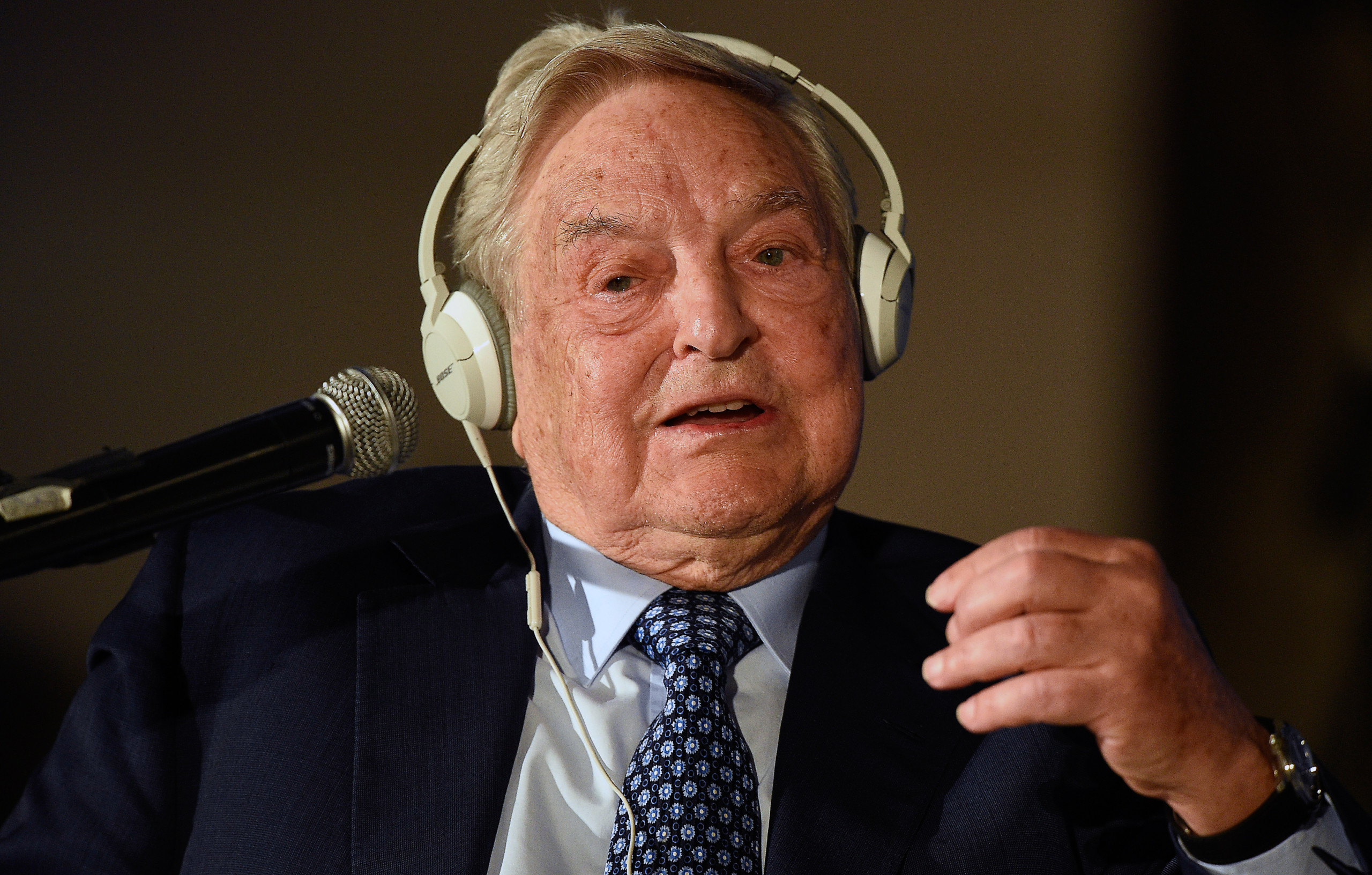 Some may argue that the odds that are stacked against Hungarian voters are not stemming from the alleged internal restriction on press freedoms, voting rights, as Soros would like one to believe, but the danger of interference from political institutions disguised as neutral “philanthropist” non-governmental organizations, that are financed by global interest groups such as the Open Society Foundations. The enormous financial resources that have been poured into these NGOs, throughout the years, which are amounts that groups drawing their finances from local society can only dream about, have seriously distorted the public discourse in the fragile new democracies of Central and Eastern Europe.

Yet according to the U.S. billionaire, the number one enemy of open societies on a global scale is still China, which he compared to Nazi Germany. In his view, the upcoming Beijing Winter Olympics will play a similar role to the 1936 Berlin games, which will help it score a propaganda victory for a restrictive system. For Soros, China is the epitome of a closed society, in which the “role of the individual is to serve the rulers of the state.” Here, in a manner which is beyond the scope of this article, Soros confuses the truly repressive regime of President Xi Jinping enforced by the Chinese Communist Party with the Chinese philosophy of the role of the individual within a community that has dominated the Asian country since the spread of Confucian teachings. The latter philosophy differs radically from the European Greco-Christian definition of the role of the individual. Nevertheless, describing China as a closed society is an oversimplification that borders on ignorance. It is a country that has spread its influence globally since the Antiquities, and which is still the only power that can compete successfully against the U.S.’s worldwide influence. It also a country which has adapted foreign technologies, institutions and communication tools so successfully, rendering any label that tries to paint it as a “closed society” meaningless and highly misleading.

In contrast, open society, which Soros describes in his speech as state in which “the freedoms of the individual are protected,” has in reality become synonymous with open borders, uncontrolled mass migration, mass censorship, the spread of religious fundamentalism, a breakdown of law and order, parallel societies, and the spread of radical progressive ideologies that do not tolerate pluralism. In light of this, Soros has little to no moral authority to appoint himself as the one presenting the only valid alternative to the Chinese model.

Astonishingly, in his speech, George Soros goes on to shower praise at President Joe Biden’s foreign policy, who in his view “generally adopted the right policies,” and “is interested in finding a peaceful solution,” especially with regards to the Ukraine-Russia conflict. In the light of the chaotic withdrawal from Afghanistan, only the staunchest believers can still think the current White House is applying the “right policies” globally, but it is no secret that the Biden administration is almost entirely aligned with Soros’ ideological profile given that Soros is preparing to hand the Democratic Party $125 million in funds. Soros also laments that when “I embarked on what I call my political philanthropy in the 1980s, American superiority was not in question.” The real question is, why should the world, including the Chinese, be in the market for an American superiority in view of the country’s rapid cultural and political decline, the signs of which are no longer possible to ignore.

PM Orbán: Europe has not surrendered to George Soros

European governments have woken up at the last moment, writes PM Orbán

Concluding his speech, Soros goes on a rather incoherent rant against Xi Jinping and how the Covid Omicron variant will be the Chinese leader’s undoing. Just as in the case of the Hungarian elections, he expresses his hopes that “Xi Jinping may be replaced by someone less repressive at home and more peaceful abroad. This would remove the greatest threat that open societies face today, and they should do everything within their power to encourage China to move in the desired direction.”

With or without Xi, Soros’ concept of open society will no doubt be a hard-sell in China, but it is entirely telling of the American political philanthropist’s oversimplified world-view that wherever he encounters an obstacle to his global plans for an open society governed by “American supremacy,” he sees authoritarianism. In this debate, it will always remain a matter of discussion as to who was right or wrong, but history will no doubt show which type of Marxism has the most longevity: Will it be the one professed by the CCP, or the Western liberal one known as open society?