NATO’s withdrawal from Afghanistan may cause turmoil in Central Asia 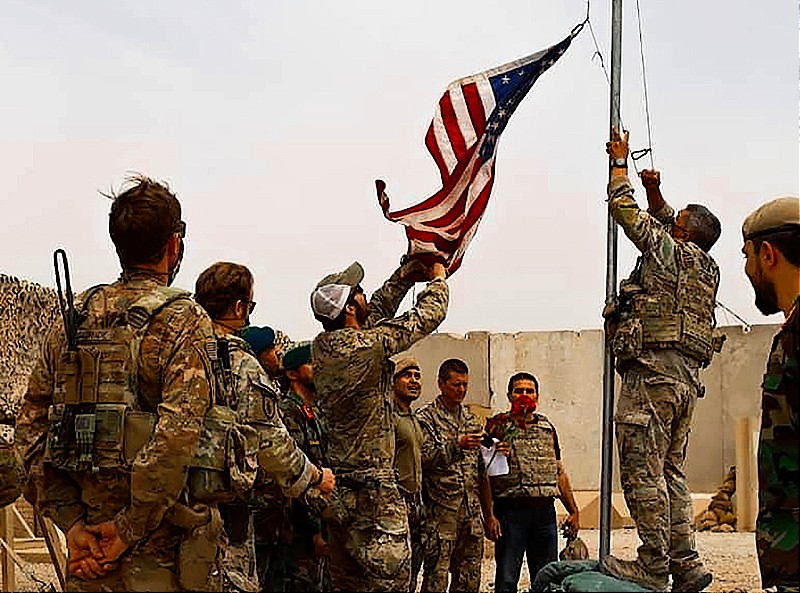 During celebrations of the anniversary of the end of Second World War at the Red Square in Moscow, only Tajikistan President Emomali Rahmon stood beside Vladimir Putin on the stand. According to some Russian commentators, this represented Russia’s rising international isolation. Yet, this interpretation is not convincing.

In the age of Covid-19, it would be difficult to count on the mass attendance of representatives of other states. Moreover, current Russian authorities are more than usual emphasizing the narrative according to which Russia is able to defend itself and does not need the support of others and does not care for foreign applause; Russia’s alliances only make sense if they serve the country’s interests.

So why did Putin single out Rahmon to stand by his side?

An official report that appeared after the talks between the two leaders sheds some light on Putin’s motivations. It referred to what Putin has declared in the past, which is a readiness to develop the 201st Russian military base located in Tajikistan due to the rising threat from Afghanistan and the Taliban in particular, whose importance will grow after NATO and the US withdraw from the country.

It is important to remember in this context that the Russian base in Tajikistan is the largest one Moscow has outside of Russia’s borders. Declarations on its expansion show both the severity of the situation and Russia’s readiness to strengthen its position right before the possibly upcoming game for influence in the region.

Despite Russia’s regional domination, the situation may start quickly changing when other countries enter the fray. This concerns not only the United States or China, but even actions from Turkey or Pakistan may usher in revolutionary changes. In addition, Uzbek political scientist Komoliddin Rabbimow has indicated that the two largest countries in the region — Uzbekistan and Kazachstan — are not pleased with the reality of an increase in Russia’s military presence in the region due to the situation in Afghanistan.

This may mean that these countries will look to balance out Moscow’s position, which does not necessarily mean they will accept a temporary American presence on their soil, but such an option cannot be excluded. In the case of a destabilization of the situation, Russia may be faced with the necessity to increase its engagement, also military-wise, which may lead to a further rise in tensions.

Some Russian experts believe that in the near future the whole region of Central Asia may become a source of conflict, especially since the fragile development of all states in the region have become weakened due to the pandemic.

Title image: A U.S. flag is lowered as American and Afghan soldiers attend a handover ceremony from the U.S. Army to the Afghan National Army, at Camp Anthonic, in Helmand province, southern Afghanistan, Sunday, May 2, 2021, AP Image.