Opinion: Did Babiš betray Poland with nomination of Jourova? 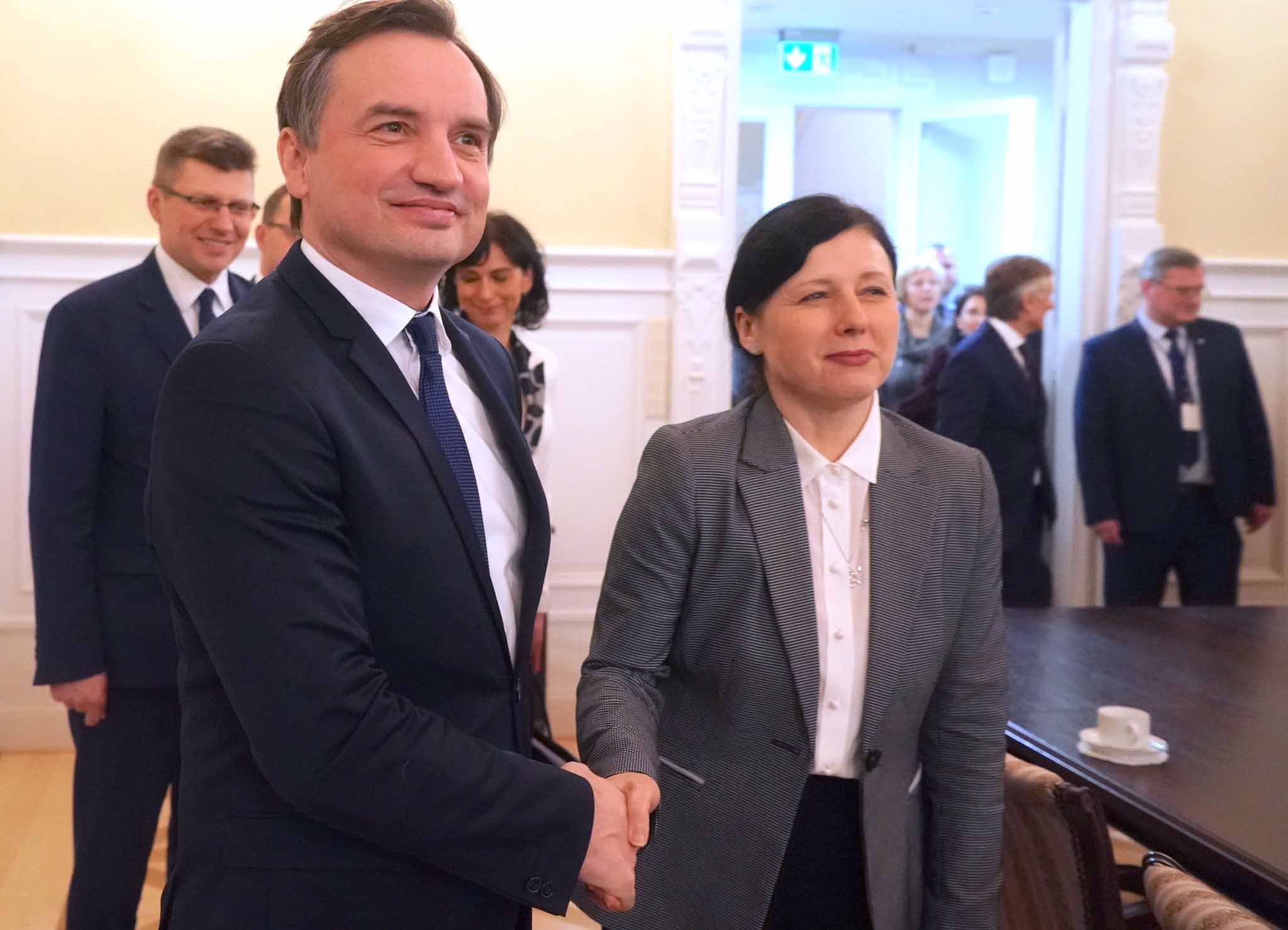 Some right-wing politicians in Poland were relieved when Vera Jourova replaced Frans Timmermans as the EU commissioner for better regulation and rule of law. There was hope that the European Commission would stop “grilling” Poland with the Czech commissioner in place.

The issue turned out to not be a matter of personal animosity towards Poland so much as a systemic one, with the European Commission ensuring whoever is in place would have an antagonistic position towards Poland. The Czech commissioner is continuing the policy of her predecessor and is reluctant for any compromise with her intransigent attitude towards the Polish government.

If this trend continues, Budapest will soon find itself in Jourova’s crosshairs after Warsaw.

Jourova’s actions of striking at the Visegrad Four nations of Hungary and Poland are even more absurd in the light of how she obtained her position in Brussels, with the Czech government led by Czech Prime Minister Andrej Babiš – seen as one of the pillars of the Visegrad Four – responsible for nominating her.

Babiš assuredly knew Jourova’s views, who since her start in politics was a left-wing activist, operated in the Social-Democratic Party, and was the first deputy in the Czech ANO 2011. In the European Commission under Jean-Claude Juncker, she was the commissioner for justice, consumer issues and gender equality.

Despite this prior knowledge, Babiš decided to choose her for the position of commissioner responsible for guarding rule of law in the Visegrad Four.

The Polish right was optimistic at first, with the hope that a commissioner nominated by Babiš would not be as ideologically obstinate as Timmermans and would show more understanding for the democratic aspirations of Central Europe.

Why did Babiš nominate Jourova when it was so painfully obvious she would “grill” Poland, and later, probably also Hungary? Why did a member of the Visegrad Four permit actions targeted at the aspirations of the alliance he belonged to?

The answer lies in the affiliations of ANO 2011, Andrej Babiš’s party. It is a part of the Alliance of Liberals and Democrats for Europe group (ALDE) whose most important member is Emmanuel Macron’s En Marche!.

The Czech leader has issues with the European Commission, who has accused him of holding a number of conflict of interests. He manages EU funds as the prime minister but also is their beneficiary through his company Agrofert. Therefore, the European Commission accuses him of breaking the law and ALDE considered an expulsion of the ANO.

It is not impossible that Jourova’s nomination was a part of Babiš’s agreement with Macron. Thanks to this, he will avoid expulsion from ALDE and avoid the conflict of interest issues with his business.

It is another matter of whether his decision will come at the cost of Poland and Visegrad Four unity.