Klaus: Austrian government coalition is a threat to Czechia

The Green Party’s participation in the Austrian government coalition is dangerous for the Czech Republic, former president Václav Klaus told the Austrian news agency APA during the Viennese conference com.sult.

“This government coalition is a threat to us,” said Klaus about the new Austrian government of the conservative Austrian People’s Party (ÖVP) and the Greens, emphasizing that especially the Green Party is “dangerous” for the Czech Republic.

According to Klaus, there is no “good alternative to nuclear energy” in the Czech Republic as it does not have rivers and other sources of energy like Austria does.

Klaus expressed fears that Austria may try to exert its will over the Czech Republic and its plans to go carbon-neutral by 2050 through the use of nuclear energy.

The former president of the Czech Republic between 2003 and 2013 asked a rhetorical question: How will Austria manage changes in energy policy when, among other things, it aims to discard gas as a source of energy?

However, Václav Klaus also spoke about other topics. Especially, he warned against “climate alarmism”, pointing out that “the panic induced by people like von der Leyen is comical, unbelievable and irrational.”

“Reliable data and analysis” prove that there is no threat of climate deterioration, stated Klaus. According to him, the only thing that is different nowadays is the increased attention paid to the current weather extremes.

“The seasonal fires in Australia are the same as they were before,” Klaus said.

The Czech conservative politician and economist further criticized the “catastrophic predictions” about Brexit. He also called for a radical reform of the European Union and a return of the European Community in the form known before the Maastricht and Lisbon treaties.

“Although I am not against traveling from Prague to Vienna without border controls, the price paid for this is very high,” said Klaus, warning against mass migration.

“These people have been invited by European elites,” Klaus concluded.

The former Czech president also criticized the way the “Western European elites” judge the situation in Poland and Hungary. Such “irrationality” is completely unacceptable according to Klaus. Both countries should be allowed to solve their problems themselves. Even the dispute over Poland’s judicial reform is a Polish domestic political matter, believes Klaus. 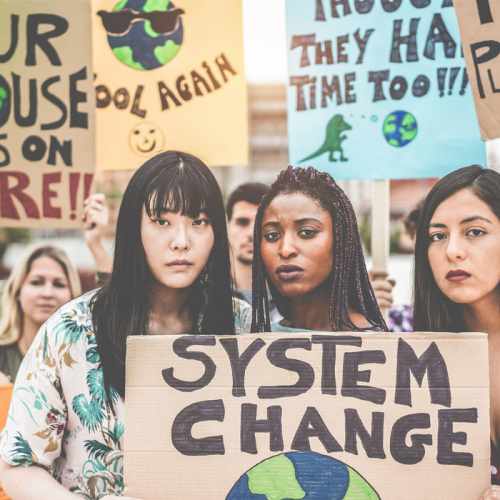