Pompeo and Babiš meeting showcases good relations between the US and Czechia: political scientists

Consensus prevailed in discussions between Pompeo and Babiš 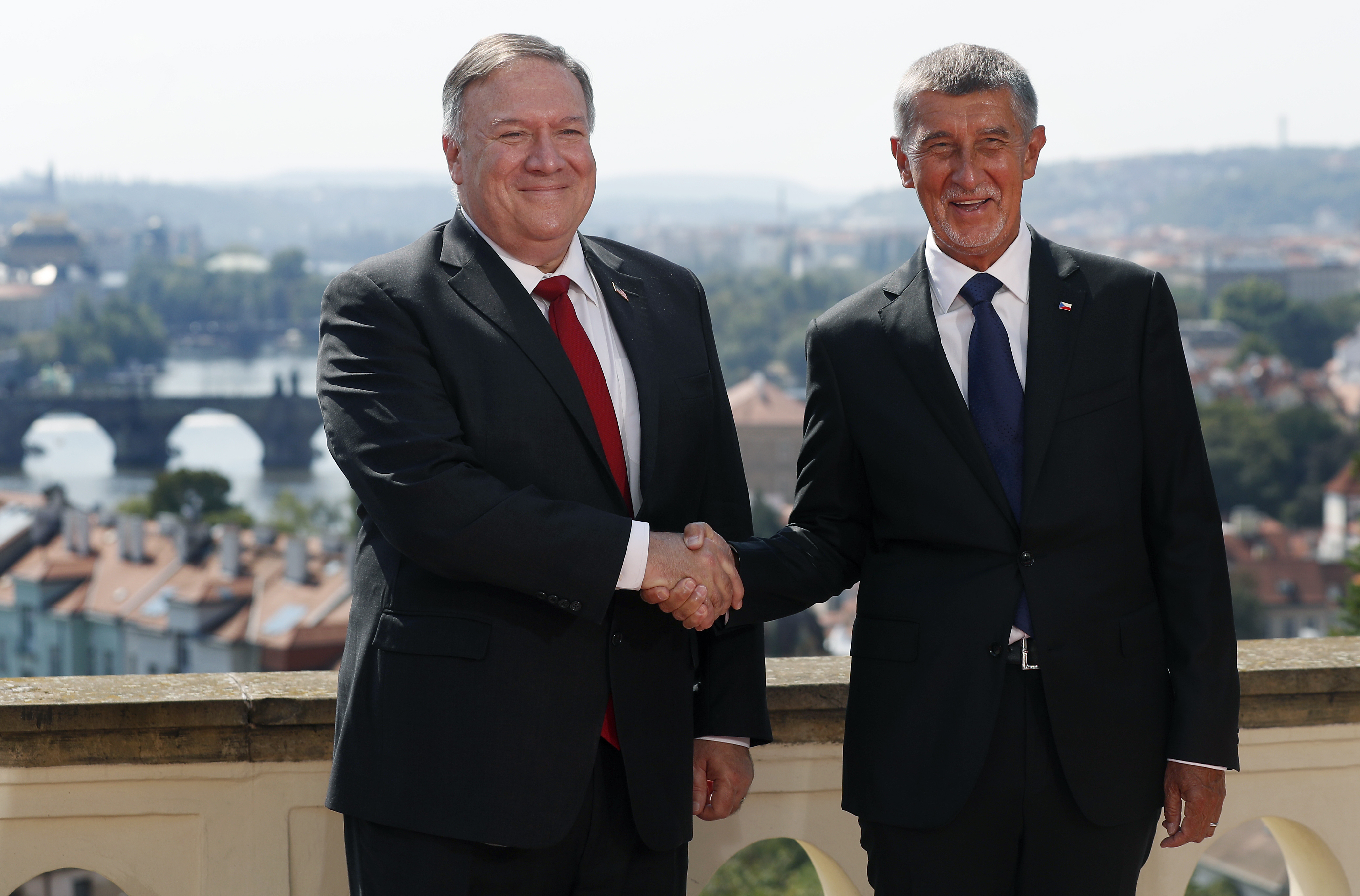 According to political scientists, Wednesday’s meeting between Prime Minister Andrej Babiš and US Secretary of State Mike Pompeo confirmed that there was a consensus in Czech-US relations on security and trade issues, as well as in protecting and defending the values of democracy and human rights.

According to political scientist Petr Just from the Metropolitan University in Prague, the purchase of American military equipment will probably be one key way to strengthen trade and economic relations between both countries.

Petr Boháček, from the Association for International Affairs (AMO), added that Czechia has found a way to fulfill Czech-American and transatlantic relations with a meaningful substance that has economic, human rights, but also strategic benefits for both countries.

Jan Hornát, a faculty member of social sciences at Charles University, mentioned that the US naturally does not agree with the introduction of a digital tax and not only in the Czech Republic, however, both sides are able to find common ground in the field of digital technologies.

Czechia has become a partner for the US, especially in setting security rules for the implementation of fifth-generation (5G) networks, Hornát explained. According to him, the topic of discussions in the future will probably be the concept of the Internet without Chinese applications or the joint regulation of artificial intelligence.

Strengthening mutual trade is also a key area. The administration of President Donald Trump, unlike his predecessor, deals with trade policy in a more bilateral way.

“In this regard, it is mainly a discussion of mutual investment and job creation, where in recent years Czech companies have also been investors in the US, helping to create new jobs in the country,“ added Hornát.

As Hornát further pointed out, the purchase of American helicopters could serve as a shield against public criticism of the Czech Republic by the US for not spending two percent of its gross domestic product on defense since the Czech Republic will not fulfill its commitment in the near future.

According to political analysts, Babiš’s meeting with Pompeo confirmed that consensus prevailed on all of these topics.

However, given that Pompeo’s visit is taking place less than three months before the US presidential election, some agreed upon positions may soon may be pointless.

Criticism of Russia and China

“Andrej Babiš, who also puts himself in a similar position in relation to both countries in negotiations with American officials, has much less room for maneuvers on the domestic political scene with this stand.  His government is — either directly or indirectly — dependent on the Communist Party and on the president who do not share this attitude towards Russia and China,” he noted.

The issue of completing a new nuclear block in Dukovany might be one of the areas where these two approaches collide.

According to Pompeo, a partnership with Russian and Chinese state-owned enterprises would weaken Czech national security and sovereignty.

“As I see it, the main topics of Pompeo’s visit were addressing the powerful influence of both China and Russia, both in the field of energy and information technology. The Czech Republic is a beneficial ally in these topics thanks to the intelligence services and science. At the same time, the Czech Republic successfully holds a pro-European position both in the field of energy, where the USA has long been critical of the Nord Stream 2 pipeline and in the field of 5G technologies. This, too, puts it in a better position to set up a more pragmatic and tougher EU approach to China,“ concluded Petr Boháček.