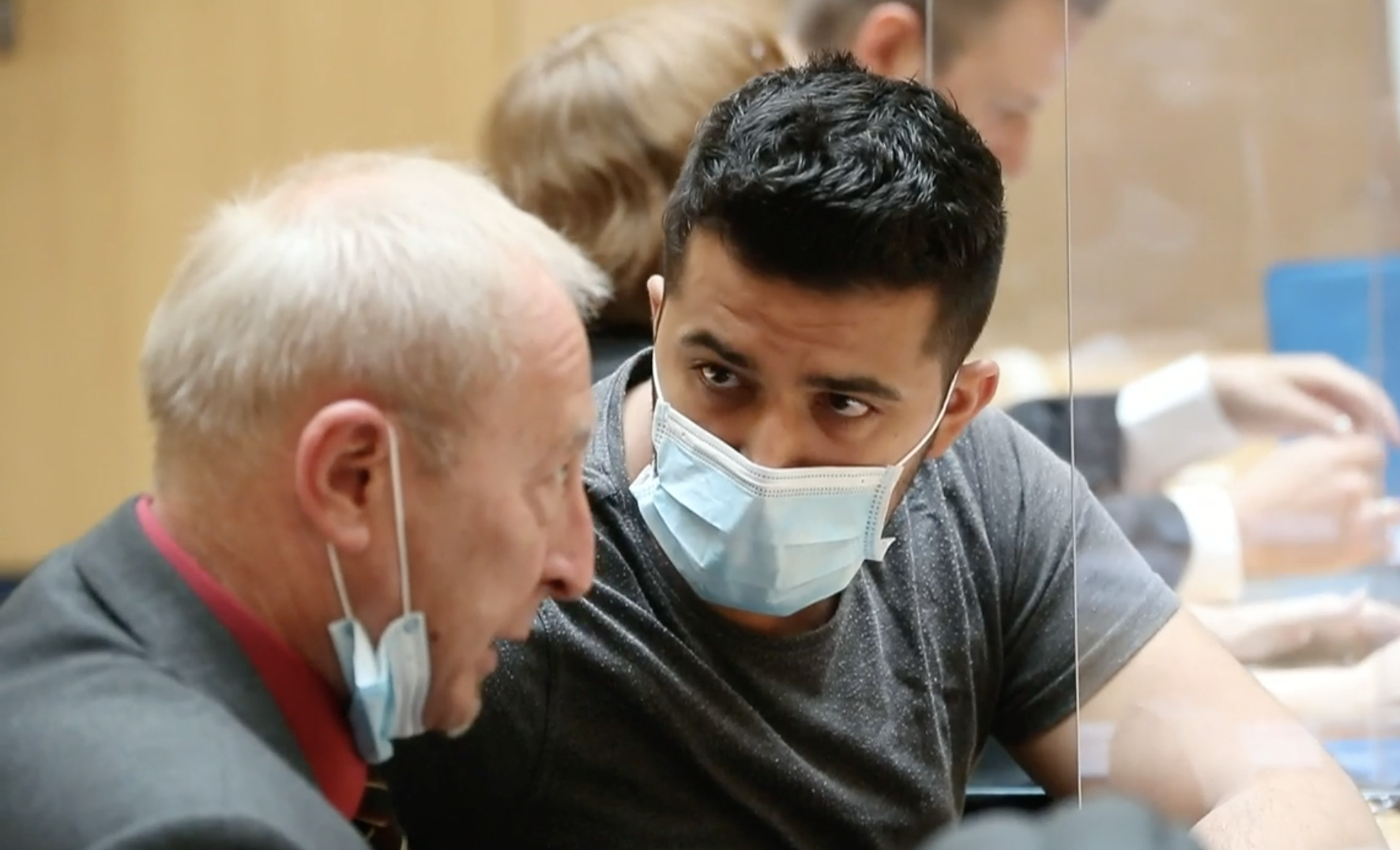 A verdict has been reached in the case in Germany of two Syrian war refugees, a father and son, who have been found guilty of kidnapping a Syrian woman, raping her, and torturing her.

The two Syrian refugees’ original plan was to kidnap a virgin and bring her to Germany as a sex slave, according to German newspaper Bild.

The Weiden district court judge ruled that 48-year-old Ahmad E. is guilty of abducting a Syrian girl and bringing her to Germany to marry his 22-year-old son Khaled E. who then abused her and even filmed the beatings of the victim.

The judge sentenced the father to prison for two and a half years but only sentenced to the son to juvenile prison to six years. Khaled E.’s case was first brought to juvenile court due to his age at the time of the crime, but he still received a guilty verdict on four charges of rape and two counts of dangerous bodily harm.

His father is guilty of the deprivation of minors, coercion and smuggling of a foreigner. The presiding judge, Gerhard Heindl, issued guilty verdicts for nearly all the prosecution’s charges after hearing all available evidence in the case.

Katbeh A. was brought to Germany at the age of 19 after being smuggled through the Balkan route to serve the father Ahmad E. and his son Khaled E. as the family’s slave. The father also intended to marry her off to his son and bear Khaled a child.

The first night the woman arrived, Khaled A. raped her. While staying with the son, he also severely abused her on a number of occasions, including whipping her with a belt and a coat hanger. She was also tied to a bed and beaten when she did not do as she was told.

Katbeh A.’s lawyer, Birgit Hofmann, said that Khaled E. not only beat his wife with a coat hanger but also demanded to have his feet kissed whenever she wanted to go into the garden.

“He trampled on the rights of women. He has chosen Germany as his place of residence, and he will have to think about how to behave in a country in which he wants to live,” Hofmann said.

Even once Katbeh A. became pregnant, she was further tortured by the son. Khaled E. repeatedly strangled, beat and raped the victim. He also documented many of the beatings on his smartphone, which were presented in court as evidence.

After the child was born, the wife was forced to leave Germany, but she wanted to return to her son. She managed to come back to Germany through a Turkish refugee camp after only three months away. She sold three gold rings, which were wedding gifts, in order to be smuggled back into Germany.

Ahmad E. managed to express his regret but also denied his involvement, saying, “I would like my eight children to be brought up with a father. I repeat my regrets again and ask for mercy from the court.”

His son Khaled took a different approach. On the morning of his trial, he turned to the judge with a request for a one-on-one interview and said in court, “I would like to tell you something personally. I have something that could prove my innocence, but I’m afraid to speak openly, because then I may never see my child again.”

His demand to speak with the judge was rejected, however, his lawyer made what is being labeled a “crazy” request to have the rape reenacted in court. His request was denied.

The two men will face deportation after they finish serving their sentences.

The victim Katbeh A. did not come to court after she had previously been cross-examined for three days and was still found to be credible in her testimony. She is currently hiding in a women’s shelter with her son and is learning German.