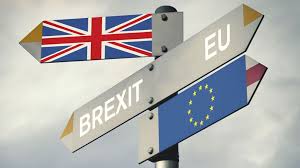 Boris Johnson blames the European Union for putting the UK before a “satanical dilemma” – the menace of the country’s disintegration or subjection to Brussels. Johnson is known for his brilliance, yet often not having much to do with reality.

This time, however, there is much truth to what he writes.

The British have two options. The first is a hard Brexit which will lead to the return of border control between Northern Ireland and the Republic of Ireland. This will discredit peace processes, increase support in Belfast for uniting with Ireland and work as an example for Scottish nationalists.

The other is to maintain an indefinite customs union with the EU, to keep open borders with Ireland. Such an agreement would deprive London the ability to conduct independent trade policies and will force them to adhere to EU commodity norms without having any influence over them.

Neither of these solutions has support in the British parliament and probably not even in May’s cabinet. It’s hard to be surprised that she rejected them and led to the most serious crisis in negotiations with Brussels. The risk of the UK leaving the EU on the March 29th without any agreement is very real and would have dire consequences for both sides.

Johnson is trying to replace May, but he should just admit that he’s largely responsible for the PM’s current predicament.