Something is rotten in the state of Netherlands – commentary

Western Europe has an obsession with criticizing Hungarian rule of law, but some of the most vocal critics, such as the Netherlands, completely ignore their own constitutional shortcomings, Dániel Horogszegi Szilágyi-Landeck, leader of the Foundation for a Civic Hungary’s Brussels representation, writes in a column on conservative news and opinion portal Mandiner.
The Court of Justice of the European Union has recently ruled clearly that one of the main elements of the Dutch legal system, the situation of the prosecution, is problematic. The problem is caused by the fact that the prosecution is not independent enough, as it is or can be under the direct influence of the Minister of Justice. This position was reached by the panel in a relatively technical legal dispute, but this is far from the main concern of the Dutch Public Prosecutor’s Office. For example, the public prosecutor alone decides whether or not to take action against a particular crime. While in Germany, the prosecutor’s office is obliged to take action against crimes, in the Netherlands, the public prosecutor may also refrain from instituting proceedings in the case of clear offenses.
This creates an opportunity for political influence, possibly blackmail, but even ordinary “laziness.” If that weren’t enough: the prosecutor’s office can also act as a judge. In the Netherlands, about half of the crimes are “convicted” in such a way that the court does not take part in or intervene, let alone pass judgment. In half of the cases, the prosecutor bargains with the accused until a sentence commensurate with both of them is agreed upon, either without a judge, without evidence or without witnesses.
The Dutch are very proud of this because they consider this system to be cheap and efficient; there are few criminal proceedings, judgments are mild, hardly anyone is behind bars. The crime rate from this, of course, is not yet low, nor can this be considered appropriate from the point of view of the rule of law.
As a result, many legal experts consider this system to be particularly problematic. Even the Social Democrat-led German state radio, the left-liberal Deutschlandfunk, produced a long special about it last year that had a critical tone.
In the Netherlands, of course, this is by no means the only problem with the rule of law and democracy. There are many elements of the Dutch system, which can be problematic if we take these two terms seriously. The Netherlands is a monarchy, meaning that the head of state is not elected, but the king becomes the head of state by inheritance. But the Dutch King is not just a head of state; he is actually a member of the government. In addition, the government is appointed by him, without the formal involvement of parliament.
If we consider that the Dutch Constitution never mentions that the Netherlands is a democracy, that there is no constitutional court, and that the constitution explicitly forbids judges from reviewing the constitutionality of laws, we are no longer surprised that mayors are also appointed by the government to head municipalities.
The funding of Dutch parties is also very interesting. First of all, it’s completely secret. No one knows how much money each party gets nor from where. There is no transparency. This would be unthinkable in most European democracies.
We do not need Dutch left-liberalism, and they are not asking for Hungarian conservative Christian democracy, and there is nothing wrong with that. But no one should think they can go on a witch hunt against Central European states based on their perceived superiority. The EU is built on member states of equal standing and rank. Without strong member states, there is no EU. Colonialism is over. Let the false accusations finally come to an end!
Title image: The Royal Palace of Amsterdam is one of three palaces in the Netherlands that are at the disposal of the monarch by Act of Parliament. (Diego Delso, Wikimedia Commons) 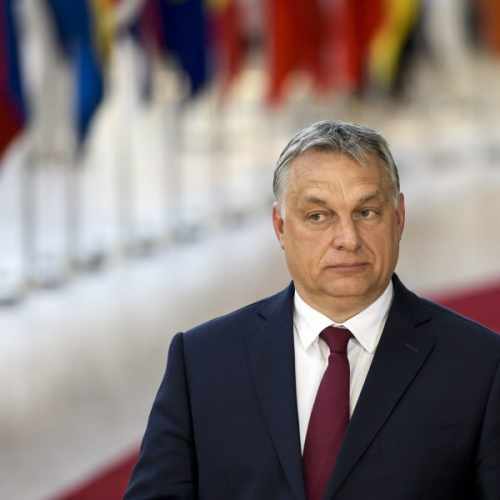