The latest Israeli-Palestinian conflict may help Netanyahu stay in power

The Biden administration will not be as fully supportive of Israel’s actions as Donald Trump had been, writes the head of Rzeczpospolita daily foreign desk, Jerzy Haszczyński 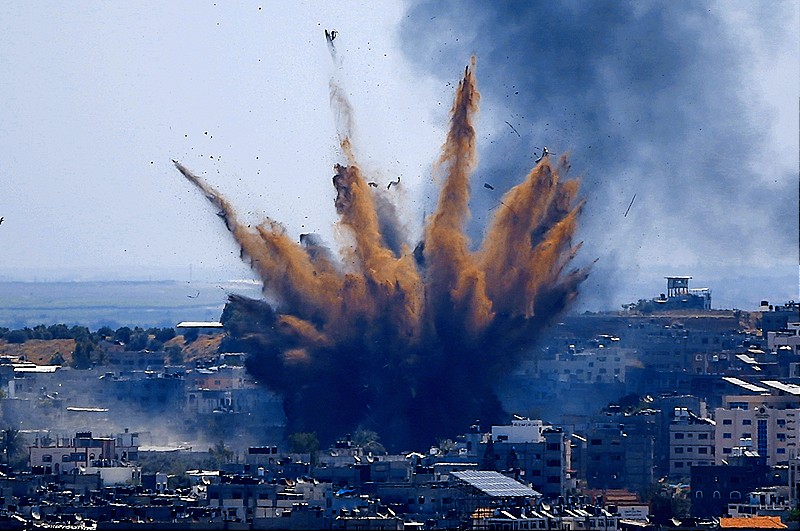 The most severe clash in recent years between Israel and Palestine may help Israeli Prime Minister Benjamin Netanyahu maintain power and win Hamas the elections in Palestine if they end taking place. For the last few days, we have been reminded of the Middle East conflict. Much like many years ago, media reports were filled with dramatic scenes: riots, missile attacks and retaliatory air raids. This time, Israeli police firing rubber bullets in the Al-Aqsa mosque on Temple Mount, joined the mix.

The Israeli-Palestinian conflict has not been resolved after decades despite the world’s great interest in the small territory that defines this seemingly intractable battle. It will not be resolved now either. Nevertheless, much points to a change in the approach to the issue by the most important player: the United States.

Under Donald Trump’s leadership, the US supported everything that Israel did. In particular, it supported the widely criticized policy of constructing new Jewish settlements on occupied territories. America also blocked initiatives which were unfavorable to Israel.

Now, the approach is slowly changing, as both sides have urged deescalation, and the US is not sparing criticism towards Israel.

America also behaved atypically during the UN Security Council meeting on Monday. The meeting was classified, and no official statement was released. According to press leaks, however, it turns out that America had not threatened a veto, as it usually does, but asked the other 14 states to postpone releasing a statement. In the statement’s draft, there is a condemnation of Israel for the attempt to evict Palestinian families from Sheikh Jarrah in Eastern Jerusalem, which sparked the riots in the first place.

Biden’s administration will most certainly not turn policy towards Israel upside down, but it cannot ignore the rising understanding for the Palestinian side in the Democratic Party and within the progressive wing in particular. The wing’s star congresswoman, Alexandria Ocasio-Cortez, accused the Israeli military on Twitter of inhumane acts against Palestinians and called for America to lead the fight for the rights of Palestinians. Ocasio-Cortez has 12.7 million followers on Twitter, more than President Biden.

The eviction attempt from Sheikh Jarrah (we say attempt because the case is still in court) came out of nowhere and looked like a provocation. Even some Israeli experts connect it to Netanyahu’s problems, as a government without him as prime minister was nearly created.

“The riots which broke out after the news about throwing Palestinians out of their homes serves him well. He can now suggest: when I was in power, there was peace. Now, the opposition wants to take power and there is immediately a specter of war. He is hoping that politicians will say: we should go back to our beloved leader Netanyahu,” an Israeli lawyer with left-wing views, which are increasingly rare in the country, told me.

He added that Palestinians themselves like provocations as they had provoked Israeli police to break into the mosque during Ramadan prayers.

When Hamas responded to the incident on Temple Mount by firing missiles at Israel from Gaza, Netanyahu used a very strong argument: terrorists are once again attacking civilians. He was on point with his narrative in both the West and Israel. It is very likely that he will remain prime minister.

Palestinians, who are ruled by two parties, the militant Hamas in Gaza and the Fatah Party in the occupied West Bank, were preparing for the first elections in over a dozen years. They were meant to take place in May but were postponed. This was mainly due to the government of the Palestinian Authority fearing a Hamas triumph. Now, this triumph is even more likely, and we may not learn the date of the elections for a very long time.