The nervousness of the Polish opposition is due to the Polish government’s successful investments, writes editor-in-chief of Sieci weekly Jacek Karnowski 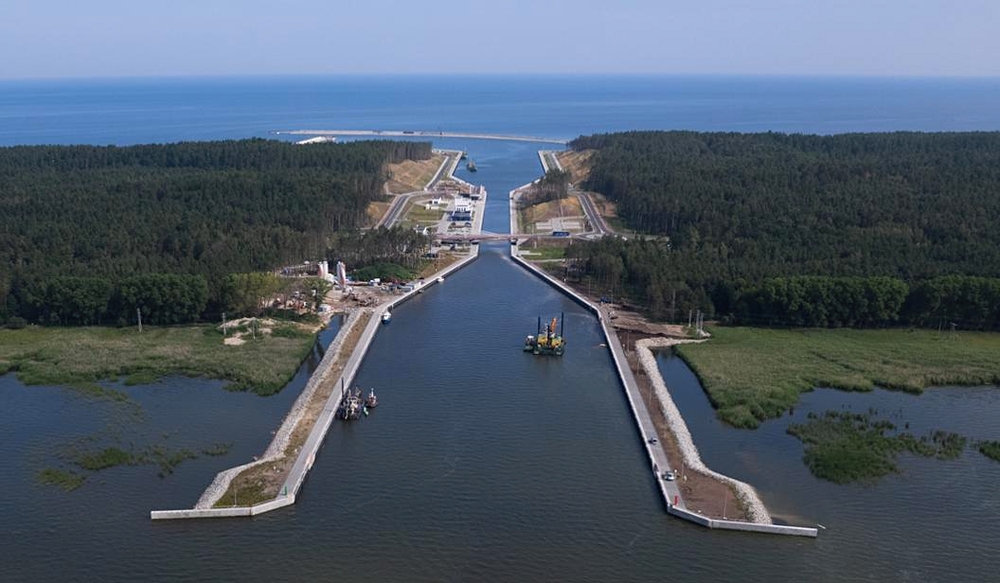 The Vistula Spit canal has been built in two and a half years. The total length of the new waterway from the Gdansk Bay through the Vistula Lagoon to Elblag is nearly 23 km, of which about 2.5 km is the section that comprises the lock, outer harbour, and the berth. (Source: gov.pl)

Do not be surprised to see Poland’s opposition politicians increasingly nervous, especially the Civic Coalition, due to the upcoming opening of the Vistula Spit canal.

Do not wonder why they desperately undermine the investment’s purpose, complaining that the canal is too shallow, narrow, and makes no sense at all.

Do not wonder that they say that the investment will not make a return. The reason for all this is that the investment is incredibly dangerous to the entire notion of impossibilism, strongly connected to the Third Polish Republic. It could strike a serious if not fatal blow to such thinking.

Maybe, before the elections, it could make many Poles realize that a lot can be done, that the “sky is the limit.” The canal’s opening will break through a robust gate that was built during Poland’s transition from communism to democracy in the ’90s.

The most amusing talk has been all the “economic calculations” according to which the canal “is not profitable.”

As if strategic undertakings that increase the level of our sovereignty and create opportunities for entire regions — symbolically confirming Poland’s ownership over an important water basin — could be summed up using a couple of years’ perspective and only considering the transport of people and goods.

This incredibly dwarfish approach says a lot about the worldview of people aspiring to rule Poland. It is exceptionally limited.

The current political conflict involves cultural, political, and worldview matters, but if future historians try to find one aspect which differentiates the Polish independence camp and the post-communists, the ambition, lack of complexes, and courage in the fight for Polish interests will be the most important.