Suspected left-wing extremists set a young family’s car on fire in the Marzahn-Hellersdorf district of Berlin on Tuesday night. Since the victim of the attack, Vadim Derksen, is the AfD candidate for the Berlin state elections, a political motive is suspected.

Derksen told Junge Freiheit that the neighbors rang the doorbell around 1.30 a.m. because his car was on fire. The neighbors had already notified the police, who arrived quickly on scene.

The fire brigade then extinguished the car, but it was a total loss. The fire also damaged the neighbor’s car and the garden fence to the neighboring property in the Mahlsdorf district. Since neither his insurance covers the damage and the neighbor also has to pay for the damaged car, the father of several children is now asking for financial aid on Facebook.

He assumes that the total damage will cost more than €10,000.

“The disposal of the car alone costs €1,000 because it is now considered hazardous waste. Added to this must be the market value of the car, the damage to the neighbor’s car, and the garden fence,” he wrote.

If he raises more than €10,000, he will give the excess money to a charitable organization, said Derksen.

The Berlin police confirmed the arson attack in Mahlsdorf. Since a political motive could not be ruled out, state police took over the investigation.

The CDU member of the constituency, Mario Czaja, who is now running for the Bundestag, condemned the attack on Derksen.

“I am stunned by this attack and my thoughts are with the family. With all disagreements, there must never be violence against people or physical property,” wrote Czaja on Facebook. He expressed hope that the perpetrators would soon be caught. He also called Derksen personally and expressed his solidarity, saying uch attacks should never be tolerated in a democracy.

In Berlin, there have been repeated arson attacks on AfD politicians’ cars. In the past, the AfD European MP Nicolaus Fest, the Berlin state politicians Ronald Gläser, and Frank-Christian Hansel, and the deputy AfD federal chairwoman, Beatrix von Storch, have all had their cars set on fire.

AfD politicians have also been attacked in Germany, including Frank Magnitz, who was brutally beaten in Bremen. A Turkish AfD supporter was also stabbed by an Islamist last year. 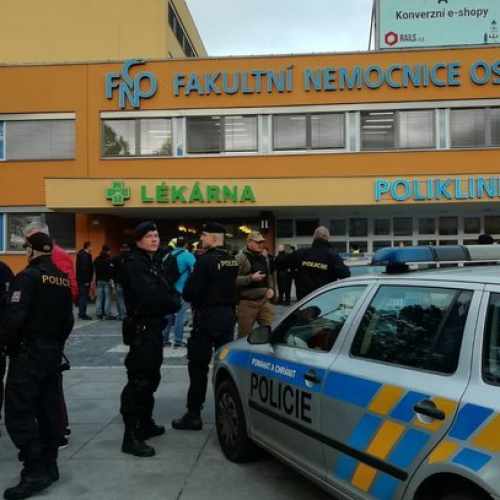