The epidemic in the Czech Republic continues to escalate, breaking the record for new daily cases 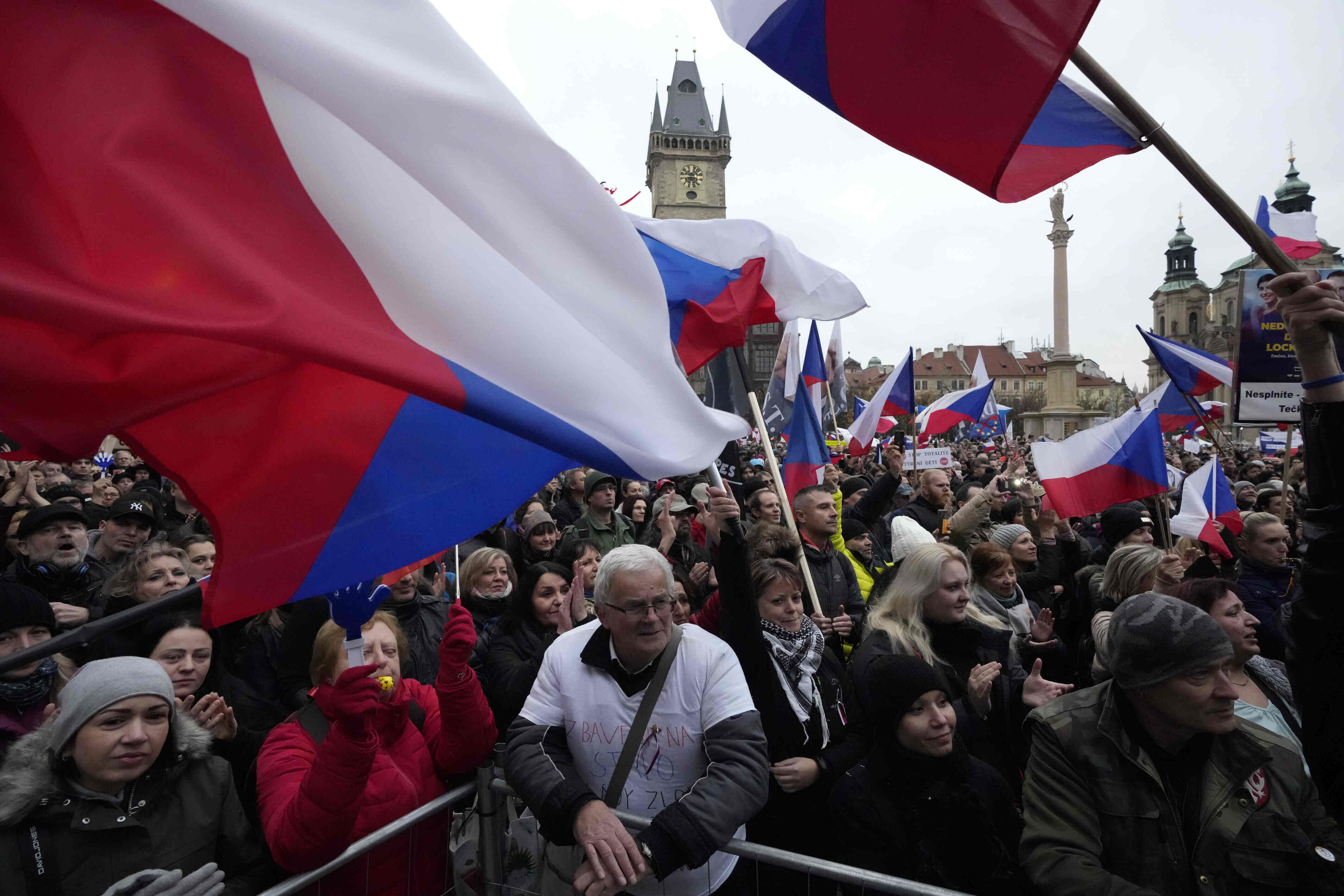 Demonstrators gather to protest against the government restriction measures to curb the spread of COVID-19 during celebrations of the 32nd anniversary of the pro-democratic Velvet Revolution that ended communist rule in 1989 in Prague, Czech Republic, Wednesday, Nov. 17, 2021. (AP Photo/Petr David Josek)

Prime Minister Andrej Babiš announced that Czechia would introduce the so-called Bavarian model of coronavirus measures as of Monday, Nov. 22, in order to slow down the dramatic rise in cases.

The new measures mean that antigen or PCR tests will not be sufficient anymore to take part in much of public life, and only a vaccination certificate or confirmation of recovering from the disease will be permitted.

The measure will apply to restaurants, services, and mass events, added Prime Minister Andrej Babiš, who also added that despite worsening numbers, there is no need to create new restrictions.

“The only solution is vaccination. Mainly those who are unvaccinated end up in hospitals,” Babiš emphasized when announcing the new measure on Wednesday.

Later that day, he told CNN Prima News that it was hard for him to understand why would anyone refuse vaccination and criticized the media, which he said invited “pseudo-experts” on the air. If there were no misinformation, he said, people would get vaccinated.

At the same time, he asked parties in the new government to stop trying to score political points on the steps of the current government and get involved in the solution.

“We don’t have time, we can’t wait for them. They haven’t gotten involved. I’ve been listening to some lies all day today. Now everyone has to unite. The situation is serious. We now have this measure. If they have any others, let them come with them,” the prime minister reacted to criticism from representatives of the future government.

Babiš also admitted that measures were originally intended to be tightened in December, but in the end, the government decided to implement them now.

The future government also called for vaccination. According to the future Prime Minister and head of Civic Democrats (ODS), Petr Fiala, it is hard to cooperate with the current government regarding the Covid-19 situation.

“It is important that we agree on a set of measures that will slow down the catastrophic situation,” he said shortly before Babiš’s announcement.

The epidemic in the Czech Republic continues to escalate. For example, on Tuesday, there were 22,479 new cases. That was the highest daily increase since the epidemic outbreak.