Poll: Czechs back Ukrainians but less enthusiastic about inviting them into their homes

In Poland, almost half of the population would welcome Ukrainian refugees into their homes 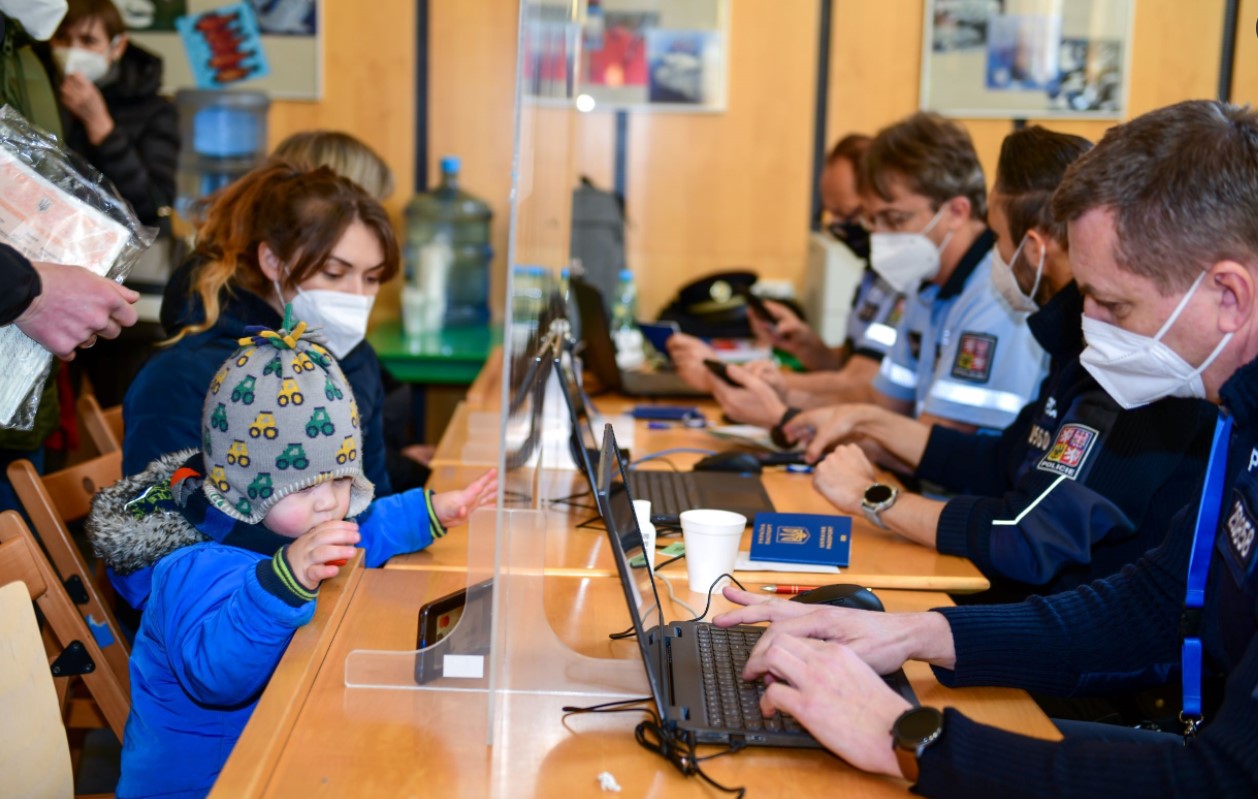 An assistance center for Ukrainian refugees in Prague. (Twitter/The Capital City of Prague)

An overwhelming majority of Czechs are in favor of supporting Ukrainian refugees, but many are hesitant when it comes to welcoming them into their own homes, new polling reveals.

According to a survey conducted by the European National Panels, 85 percent of respondents backed their country’s government in opening the doors to those in need, with 80 percent content with refugees being welcomed to their region or municipality. However, less than 30 percent of those polled would directly offer accommodation to the refugees in their own homes.

According to the UN, about two million people have already fled Ukraine due to the war, dispersing among fellow European countries willing to offer refuge.

Czech generosity is comparably low to that of Poles, where almost half of the population would offer a spare room to neighboring Ukrainians. Instead, Czechs consider material and financial aid to be the most helpful form of assistance to Ukraine.

Almost all Czech respondents are concerned about the ongoing conflict in Ukraine, following Russia’s invasion of the country on Feb. 24. While half feel safe in their country, a NATO member, around a quarter feel under threat due to the escalating situation.

“When I watch the level of support for Ukraine and Ukrainians rising in our country, I feel immense pride and pride. It turned out that when it really gets tough, Czech citizens know how to unite and can help not only themselves, but especially others.”

Poles the most willing to invite refugees into their homes

In addition to the Czech Republic, the survey was conducted in Slovakia, Poland, Hungary, and Bulgaria. According to the survey’s authors, only in Hungary was the reluctance to accept refugees in family homes greater than in Czechia. The most willing, on the other hand, were the Poles. Almost every second person would take refugees into their own homes.

According to the U.N., most of the the 1.2 million people fleeing Ukraine go primarily to Poland. Czech Interior Minister Vít Rakušan confirmed on Wednesday that an estimated 150,000 refugees from Ukraine had now arrived in the Czech Republic.