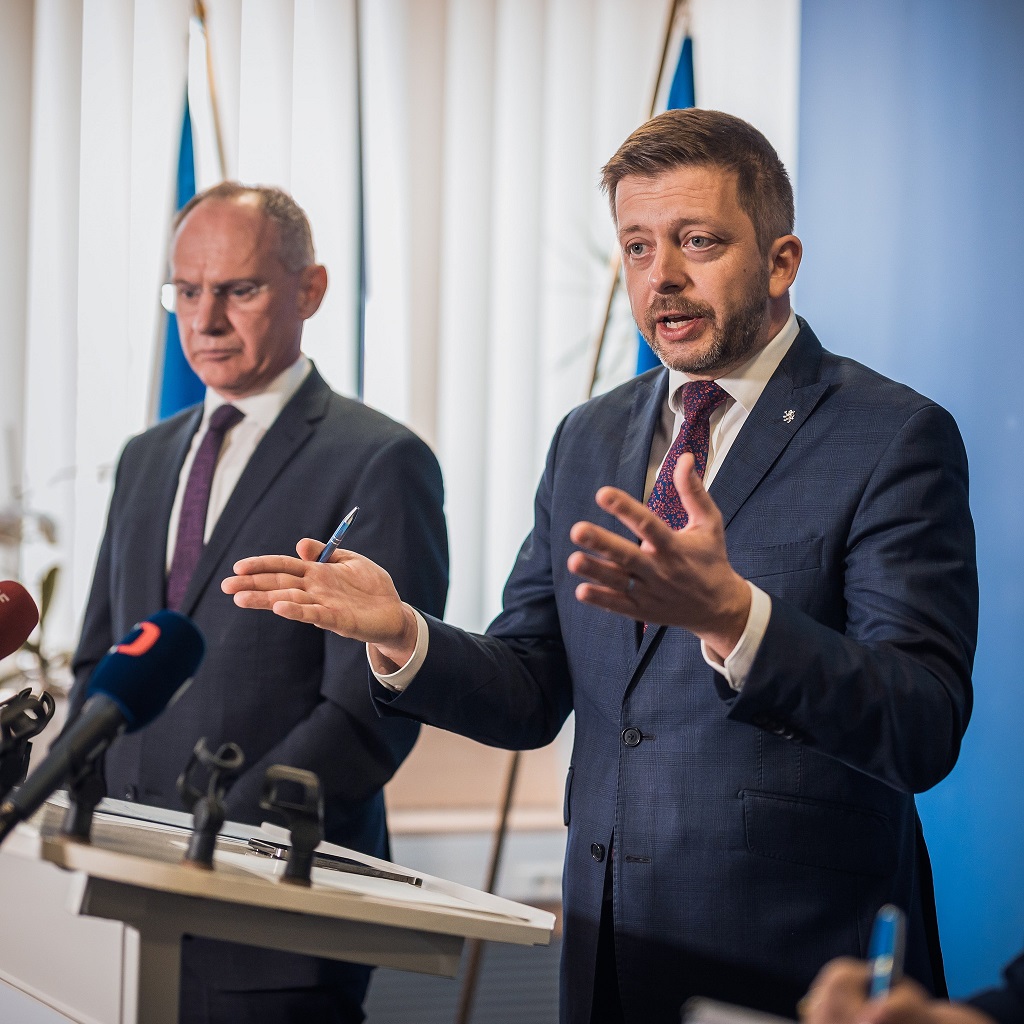 A crucial topic of the Czech presidency of the EU Council will be the protection of the bloc’s external borders following the Russian invasion of Ukraine, the country’s Interior Minister Vít Rakušan claimed on Tuesday.

Following discussions with his Austrian counterpart Gerhard Karner, Rakušan revealed his country wanted to emphasize issues related to internal security, with the six-month Czech presidency of the Council of the European Union, which begins in July, being the perfect opportunity to do so.

The Czech Republic will thus deal primarily with the effects of the Russian invasion and the protection of external borders. According to Karner, this protection must be robust with clear rules, despite Ukrainians deserving help. Countries must have a clear overview of all arrivals which means there is a necessity for accurate registration.

Both Rakušan and Karner reiterated that neither Czechia nor Austria agrees with the redistribution of refugees through quotas, a scheme often pushed by Brussels to force illegal immigrants to unwilling EU countries.

Police cooperation between Czechia and Austria

According to Karner, Austria is one of the countries most affected by illegal immigration, however border protection can be achieved in several ways. Introduction of border controls, joint police patrols, or targeted selection and occupation of checkpoints on roads or public transport are all on the table.

Another topic of discussion during the meeting was police cooperation. The ministers talked about human trafficking, smuggling, and drug trafficking. According to Karner, a mixed police patrol should start operating at the Czech-Austrian state border in the second half of this year.

At the same time, the ministers stated that the possible accession of Ukraine to the European Union will be up for discussion with Karner emphasizing that all members states will decide on the issue. Rakušan reiterated that he would like Ukraine to have clear access to European institutions. According to him, Ukraine deserves to become a member of the EU in time, if it so desires.

According to the United Nations High Commissioner for Refugees, more than 5 million people left Ukraine by mid-April with 90 percent of Ukrainian refugees being women and children. More than 2.9 million Ukrainians fled across the border to Poland, while arrivals in the Czech Republic have stabilized at about 300,000.