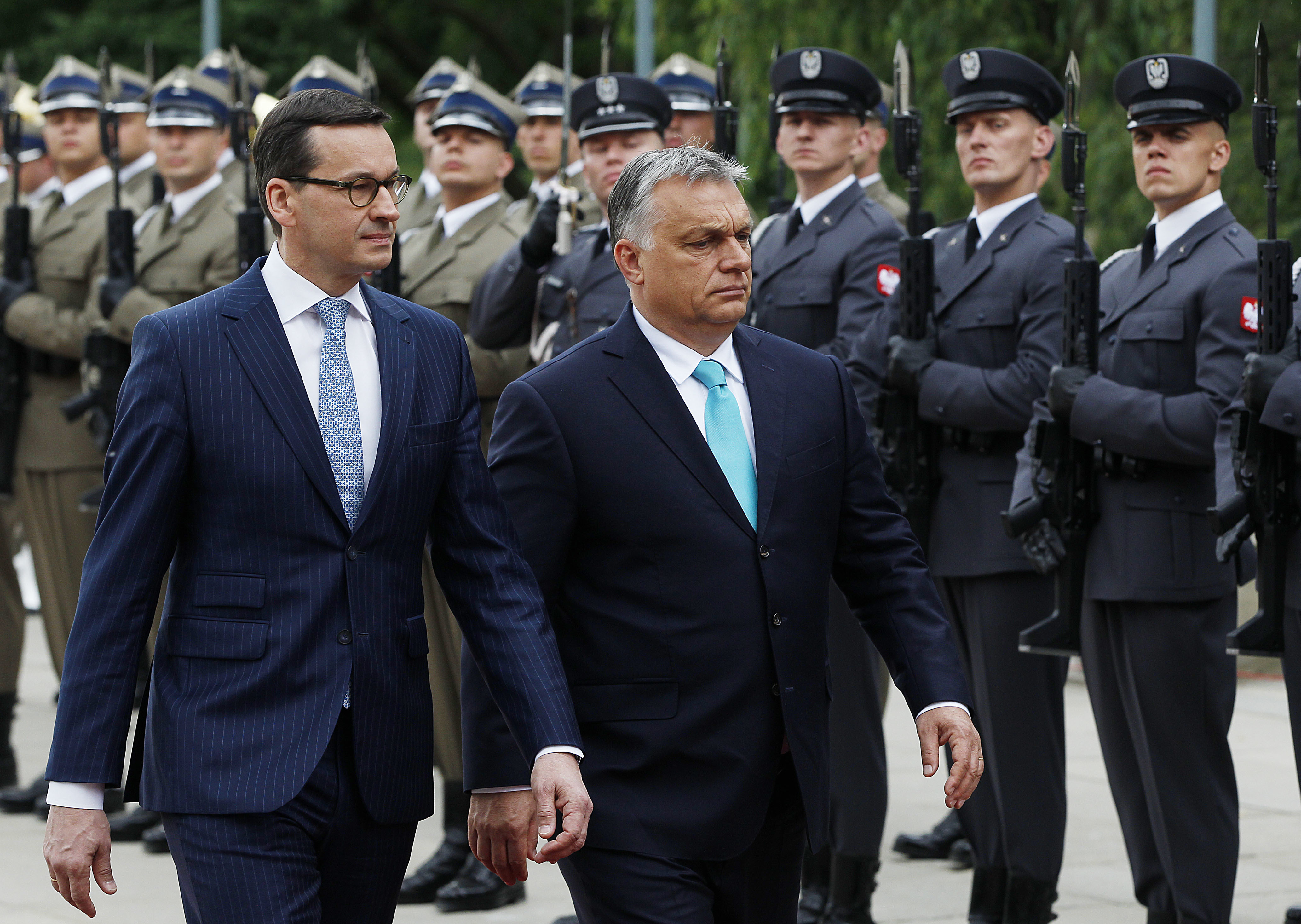 The European Court of Justice signaled yesterday that it is willing to open the door for punishing disobedient EU member states with financial sanctions in case they disobey the political dictates of the left and liberal parties currently dominating the union.

Manuel Campos Sánchez-Bordona, the advocate general of the European Court of Justice of the European Union, published his legal advice on Thursday regarding the joint action brought by Hungary and Poland against the EU’s rule-of-law conditionality regulation. On the European Court of Justice’s Twitter page, he stated that “the actions brought by Hungary and Poland against the #RuleOfLaw conditionality mechanism of EU payments should be dismissed.”

This means that, in his view, it is permissible for EU’s bodies to withhold recovery funds or EU subsidies from member states who are found to be in violation of EU treaties or fundamental values. The advice published by Sánchez-Bordona is in practice only an opinion, but at the same time it gives a directive that the EU court judges are advised to follow, and from which they rarely divert in their rulings.

The court’s final ruling is expected sometime next year, and it will form the basis for the European Commission’s decision to launch the conditionality mechanism against Hungary and Poland. In effect, that would lead to the direct withdrawal of EU funds from member states in case of political disagreements over rule-of-law issues and disputes regarding European treaties.

At first sight, it seems completely justifiable to slap financial penalties on members of a club unwilling to conform to the rules of a group they are part of, but the present dispute between Hungary, Poland and the EU is arguably a political, ideological and cultural dispute wrapped in the cloak of European treaties, the interpretation of which is determined by the increasingly radicalized left that rules Brussels.

In the current dispute, the dominant left has gone as far as dismissing the legitimacy of Poland’s Constitutional Tribunal, calling it “illegitimate, unfit to interpret the constitution.”

Hungary, on the other hand, is being brought to task by liberal and green political groups for trying to strengthen its legal system in order to protect its children from sexual predators, and stopping LGBTQ lobby groups from expropriating children’s sexual education while preventing parents from having a say in the matter.

With its ideological crusade against member states, the EU is now behaving exactly like a superstate that treats countries as provinces, and citizens like subjects obliged to follow dictates from Brussels. The sanctions for not complying with the direction set out by Brussels have so far been fairly toothless, but if next year the European Court of Justice were to rule against Hungary and Poland, giving the Commission the green light to introduce financial penalties against member states over political disputes, the situation would radically change.

Given the power of balance in the European Parliament and Commission, where the ideological left and progressive parties are ruling unchallenged, this will mean that conservative national governments could be destabilized and made to look like pariah states whenever they will introduce conservative policies in line with the will of their voters. Vote conservative, and we will punish you with crippling financial penalties, is currently the message from Brussels.

The European treaties have never been an obstacle when it comes to the Franco-German interests that are currently shaping the EU. As Hungarian Justice Minister Judit Varga wrote, “the opinion of the Advocate General ignores the fact that the conditionality regulation suffers from a manifest error in law, which alone would justify the annulment. Furthermore, its legal basis remains erroneous while it circumvents the Treaties and infringes basic rule of law requirements.”

Polish Minister of Justice Zbigniew Ziobro also pointed out that the meddling by Brussels is “encouraging Polish judges to anarchy and is creating judicial chaos, which strikes at the safety of citizens.”

The new European superstate is now without a doubt behaving like an imperial power that refuses to take no for an answer, even though national parliaments have the democratic legitimacy established by the votes of the electorate that European institutions clearly lack.

The ideological golden calves that define Brussels — such as environmental fundamentalism, LGBTQ rights, the vision of open society created through mass migration, and the replacement of the continent’s indigenous population — are what shapes every other decision the EU bureaucracy makes. Keeping their hands on the EU funds will make their influence on what type of governments are allowed to be elected in members state direct and irreversible.

The only chance Europe now has to reverse the dictate of the Brussels radical left is for citizens to elect national governments that will oppose the colonial plans that are suffocating European nations.