A nun faced down Antifa, called them “fascists,” and made them leave like sullen children after they targeted a restaurant that hosted French presidential candidate Éric Zemmour 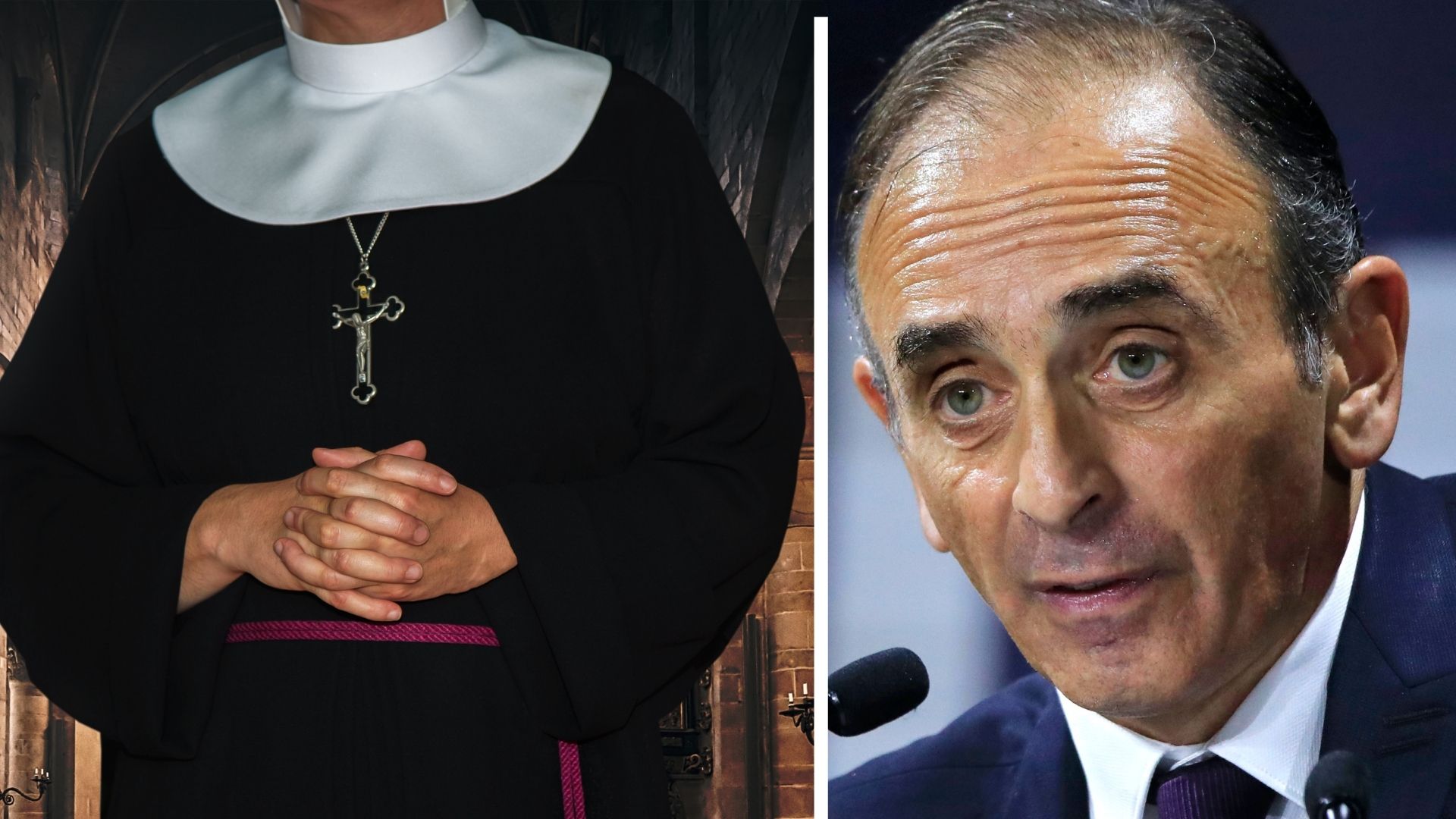 A restaurant which hosted French presidential candidate Éric Zemmour for lunch during his visit to Marseille was attacked by 50 Antifa members, and saw its storefront destroyed during a demonstration that took place after his departure.

The next day, Antifa members came back to the restaurant and began spray painting the facade of the building when a nun approached them and made them leave, according to the restaurant owner, who described the nun as “courageous.”

The ordeal began with Zemmour being followed by “anti-fascist” demonstrators since his arrival on Friday afternoon, apparently notified by his whereabouts by a network of local journalists.

After eating Zemmour ate at the restaurant near the Intercontinental Hotel, in rue Méry, 50 of them descended on the scene.

“I’m not shy, but in the face of 50 people, there’s not much you can do. They smashed a window, smashed down a door and damaged the entire facade with paint. However, I am lucky to have Securit windows. I have €4,000 euros worth of damage,” the manager said to French newspaper Boulevard Voltaire. He wished to remain anonymous due to concerns over his own safety and the safety of his family.

The next day, Saturday, Nov. 27, individuals tagged the facade of the bistro again. The restaurateur, exasperated, then saw a surreal scene take place. A nun who the restaurant owner knows from the community lives on the same street.

“I saw a good sister go out in the street to pick out the individuals who were tagging my restaurant. She asked them what they were doing. They tried to justify themselves, saying, ‘He’s a fascist!’

“You are the fascists,” screamed the nun in response, and then she proceeded to shoo the Antifa members away from the restaurant until they left the scene.

Contacted by Boulevard Voltaire, the nun spoke to the reporters: “There were four men who were making graffiti on the front of the sidewalk that I was using. This had already been greatly deteriorated the day before. I asked them what they were doing. They replied that it was ‘a restaurant of fascists’ because it had hosted Eric Zemmour. I told them it didn’t make sense. I told them ‘please go,’ in a very simple way. Was it my female voice that surprised them? Anyway, they left very quickly before the police arrived.”

“The most impressive thing is that the thugs are gone. A Catholic nun scared off these delinquents,” said the restaurant owner, who spoke to the reporter as if it was a miracle.

The manager has also filed a complaint with the police.