Russia’s actions are aimed at destabilizing Europe, according to Latvia’s prime minister 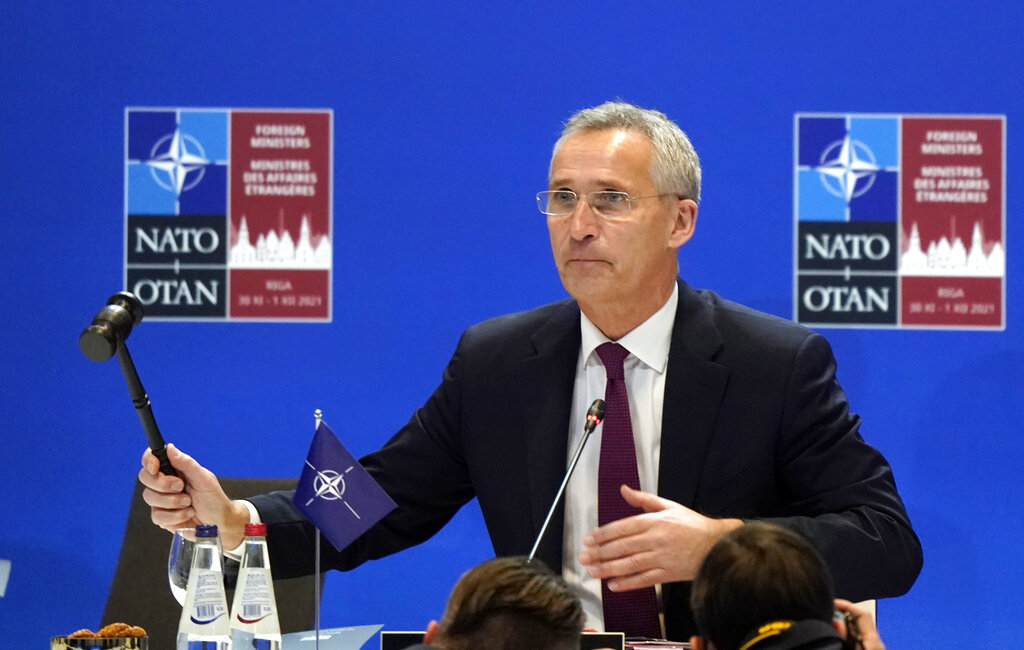 If Russia continues its aggressive and destabilizing actions against its neighbors and positions military troops o a large scale at the Ukrainian border, NATO has a wide range of further sanctions to utilize, NATO Secretary-General Jens Stoltenberg said on the second day of a NATO foreign ministers’ conference in Latvia’s capital of Riga.

“NATO has a wide range of options — including economic and financial sanctions, political restrictions — to take action against Russia once again using force against an independent sovereign state, Ukraine,” Stoltenberg said, adding that “in 2014, Moscow illegally annexed the Crimea, thereby activating the strengthening of our collective defense to the highest degree since the Cold War.”

Stoltenberg, however, told Reuters that Russia still has the opportunity to engage in dialogue. The secretary-general has denied allegations that NATO is provoking Russia with its military exercises in the Black Sea, but accused the Moscow leadership of using the military exercises as an excuse to attack other countries.

At the meeting, U.S. Secretary of State Antony Blinken said he believed that Russia could order the invasion of Ukraine even in the short term if it could find an excuse for it. The head of American diplomacy has confirmed that NATO is ready to impose economic and political sanctions if this happens.

“We do not know whether President Putin made the decision to launch the intervention, but we do know that he has built enough military capabilities on the Ukrainian border to do so quickly. We must be prepared for any eventuality,” he told journalists at the meeting.

As he said, the United States has “made it clear” to the Kremlin that it will act decisively, including “high-impact” measures it has refrained from in the past.

Blinken is scheduled to meet with Russian Foreign Minister Sergei Lavrov at a ministerial meeting of the Organization for Security and Cooperation in Europe (OSCE) in Sweden on Thursday. As he explained in Riga, he will encourage Russia to return to resolving the situation through diplomacy.

“The concentration of Russian military forces on the Ukrainian border, the migrant crisis organized by the Belarussian leadership, the restriction of Russian gas, and disinformation campaigns are all intertwined and have a single goal: to destabilize Europe,” the Latvian prime minister said.