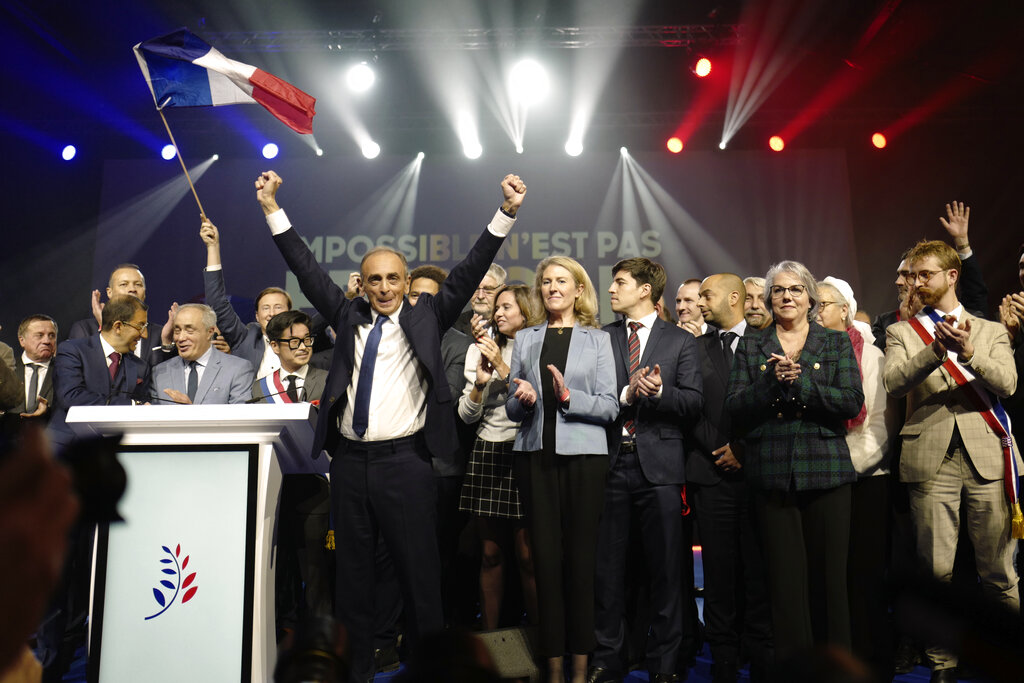 French far right presidential candidate Eric Zemmour, waves after his first rally, Sunday, Dec. 5, 2021 in Villepinte, north of Paris. Far-right former French TV pundit Eric Zemmour is holding his first campaign rally, a few days after he formally declared his candidacy for April's presidential election in a video relaying his anti-migrants, anti Islam views. A first round is to be held on April, 10, 2022 and should no candidate win a majority of the vote in the first round, a runoff will be held between the top two candidates on April 24, 2022. (AP Photo/Rafael Yaghobzadeh)

French presidential candidate Éric Zemmour called on his adherents to change the course of history and reconquer France at his first campaign rally in Villepinte, near Paris, on Sunday.

“You are almost 15,000 here today! 15,000 French people facing political correctness, far-left threats and hate in the media,” the 63-year-old writer and essayist began in front of a crowd waving national flags and chanting “Zemmour for President!”

The election program for the independent candidate is based on a total rejection of immigration and the religion of Islam, after both of which he believes are a threat to the French people, who he says have been in France for a thousand years and want to continue to feel at home.

“We are home! We are home! ” the crowd replied in a chant in the exhibition hall in Villepinte.

“I am said to be a fascist, a racist, a woman hater,” Zemmour said. “My political opponents want my political death. Journalists play for my social death, and jihadists simply want me to die,” he said while denying the accusations, claiming that he was the only one who thinks freely, speaks freely, argues freely, freely tells the truth about reality, while others only dream of banning him.

Before the start of the rally, Zemmour’s party backers announced that the presidential candidate established a new party, Reconquête (Conquest) or R! for short. The slogan of his campaign will be the quote “There is no such thing as impossible,” which is attributed to Napoleon.

Zemmour announced his candidacy for the French presidential elections due next April on a ticket of sovereignty and anti-immigration on Nov. 30.

“The conquest has begun. Our economy, our security, our identity, our sovereignty, the conquest of our country,” the candidate emphasized.

“Zero immigration will be a clear goal of our policy,” he said.

He said that if elected president, he would expel all illegal immigrants and foreign criminals with immediate effect, deprive dual-nationality criminals of their French citizenship, and call a referendum on immigration issues. He would simplify administration by setting up an industry ministry responsible for research, energy and foreign trade, and would lead France out of NATO.

The first round of the presidential election will be held on April 10 and the second on April 24. 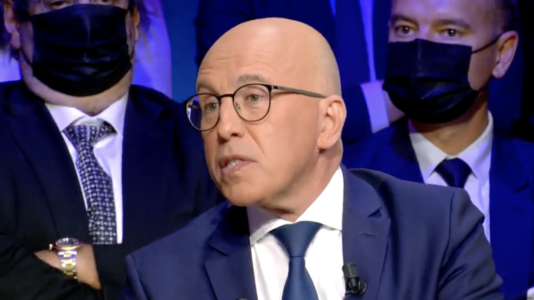