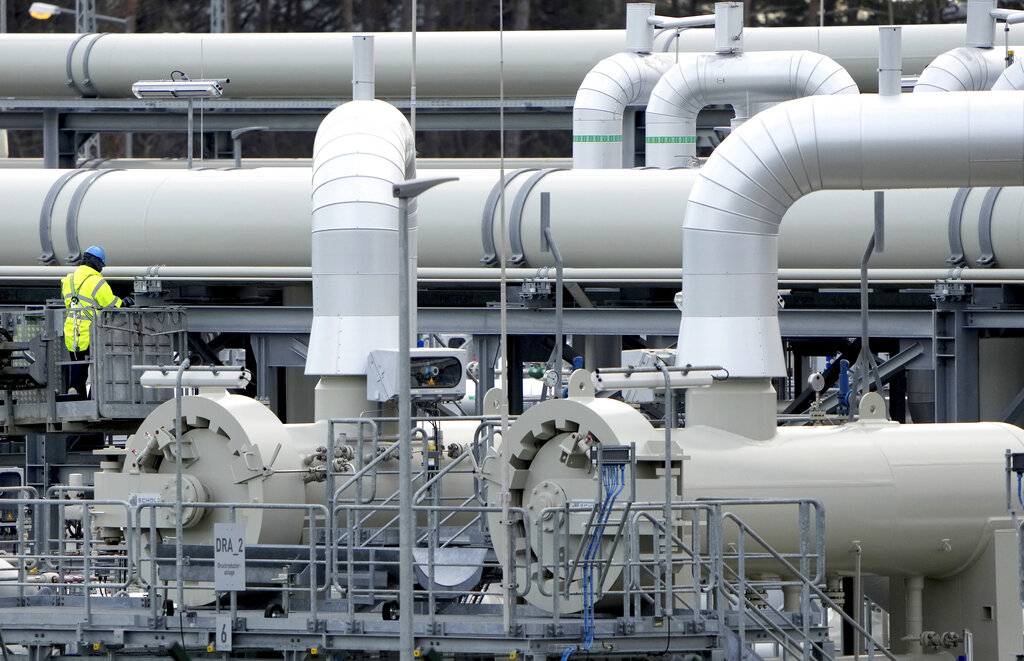 FILE - Pipes at the facilities of the Nord Stream 2 gas pipeline are pictured in Lubmin, northern Germany, on Feb. 15, 2022. (AP Photo/Michael Sohn, File)

Russian state-owned energy giant Gazprom said on Wednesday that it cannot guarantee the safe operation of a “critically important facility” that is part of the Nord Stream pipeline because it doubts whether Canada will actually return the pipeline’s turbine equipment currently under maintenance.

At the end of last week, Canada announced that it has decided to return to Germany the turbine equipment of the Nord Stream compressor station in Portovaya, which is currently in the workshop of the Siemens group near Montreal, Quebec, in order to alleviate the energy crisis with Russia.

Portovaya is the link point in the Baltic Sea where Russian gas is fed into Nord Stream; it requires six turbines to work at full capacity.

“Gazprom does not have any documents that would indicate that Siemens will really return the turbine from Canada,” the company said in a statement, stressing that under such circumstances it is impossible to comment on whether it will be able to ensure the operation of the compressor station in Portovaya.

At the same time, German Chancellor Olaf Scholz issued a statement on Wednesday welcoming Canada’s decision to return the turbine to Germany. Canada’s move “secures our gas supply, thanks to which Germany and Europe will continue to be able to provide humanitarian, material and military support to Ukraine,” Scholz said.

As planned, the Nord Stream gas pipeline, which supplies Germany with Russian gas, was stopped on Monday due to regular annual maintenance work, which is scheduled to last until July 21. During these 10 days, no gas will be delivered through the pipeline to Germany. Europe fears that Russia will not restart gas deliveries once maintenance is completed, further exacerbating the continent’s energy crisis.

The German Ministry of Economy did not comment on Gazprom’s announcement when contacted by the press. The spokesperson of the ministry stated that the maintenance company Siemens is currently preparing how they will be able to return the turbine equipment as quickly as possible and put it into operation at the station.