Morawiecki and Karins spoke in Warsaw about crises affecting Central Europe, including Russian aggression on Ukraine and high energy prices due to the EU’s Emissions Trading System 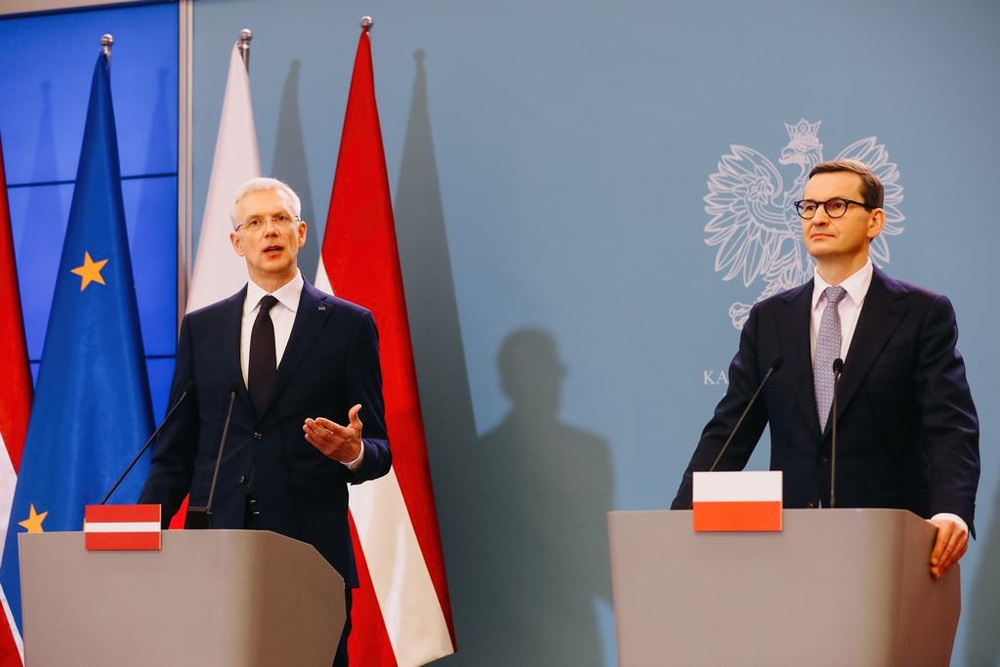 Polish Prime Minister Mateusz Morawiecki met with Latvian Prime Minister Krisjanis Karins in Warsaw to discuss pressing issues for Central Europe, with Russia at the top of the list of concerns.

Morawiecki emphasized that this was a critical point in time for Eurpoe concerning the Nord Stream 2 pipeline.

“Latvia and Poland’s voice are unanimous: this pipeline should not serve the blackmail arsenal at the disposal of President Putin,” he stated. “We call our German partners to wake up and become aware of the gigantic risks associated with giving this blackmail tool into Moscow’s hands.”

Morawiecki also presented Poland’s position on the EU Emissions Trading System (ETS) to the Latvian side. According to the Polish prime minister, both Poles and Latvians are being hit hard by the incredibly high energy fees today. He stated that the current prices of energy depended on external forces.

“On one side we have Russia, on the other the dogmatic and irresponsible policy surrounding the ETS, which is the EU’s climate policy,” noted Morawiecki.

On one side we have Russia, on the other the dogmatic and irresponsible policy surrounding the ETS, which is the EU’s climate policy.

The Polish prime minister explained that the ETS was subjected to speculative purchases from the side of various financial and non-financial investors, which was improper and should not be taking place. In such a system, the prices of energy were dependent on market speculations and not regulation authorities or energy market forces. The ETS has recently become a major financial burden for Poland. With the price of natural gas so high, Poland must burn more coal to keep the country running, but since coal releases more carbon, Poland must pay financial penalties to offset this carbon on the ETS.

“In the case of the Kremlin’s aggression towards Ukraine, it is important for EU and NATO partners to show that there were no chances for any compromises. Those who will make the decisions will be NATO, and no one can dictate decisions to us externally about where and how we deploy our troops,” he said.

Karins also pointed out that spreading democracy, which was strengthening in Ukraine, was a threat to Russia.

“Hence the military response. In face of this threat, we must maintain unity, strength and not give into blackmail and pressure from the side of the Kremlin,” he said.