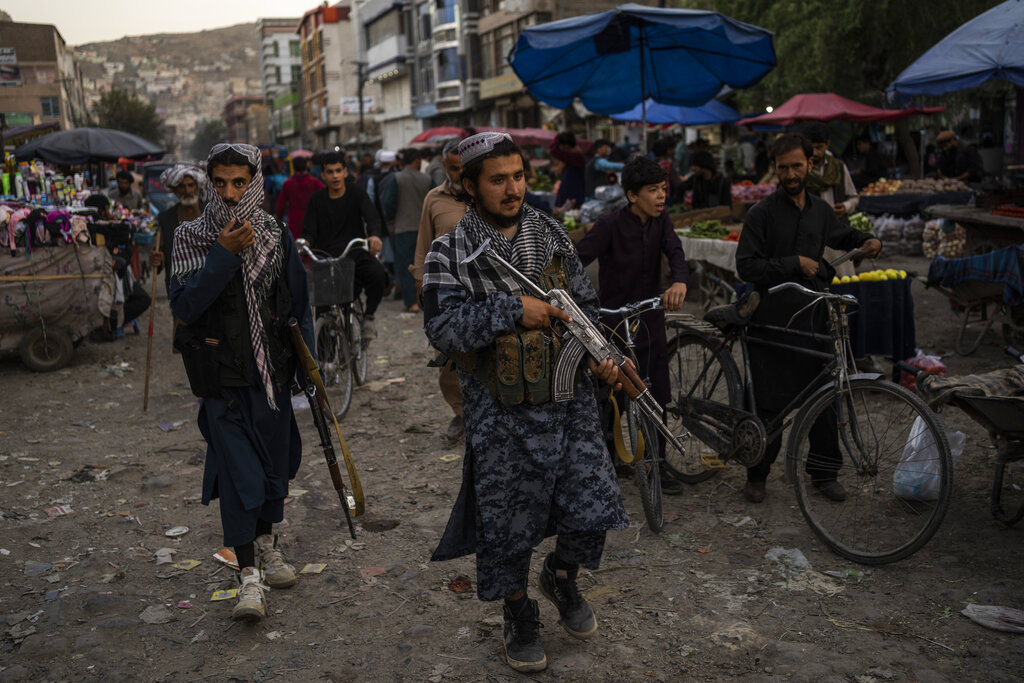 Taliban fighters patrol a market in Kabul's Old City, Afghanistan, Tuesday, Sept. 14, 2021. It is feared Afghanistan could further plunge toward famine and economic collapse after the chaos of the past month, which saw the Taliban oust the government in a lightning sweep as U.S. and NATO forces exited the 20-year war. (AP Photo/Bernat Armangue)

While several member states of the European Union have already or are in the process of closing their borders to illegal migrants, on Thursday the European Parliament adopted a resolution saying that taking in migrants from Afghanistan is a “moral responsibility”.

On Thursday afternoon, the European Parliament adopted by a large majority (536 votes in favor, 96 against, and 50 abstentions) a resolution on Afghanistan with the following statement:

“Afghans have a fundamental right to seek asylum in other countries, so coordinated evacuation operations must continue as soon as possible. According to the EP, deportations to Afghanistan must be suspended.”

According to the body’s resolution, the majority of Afghan asylum seekers are expected to seek international protection in neighboring countries, so the EU must also provide support to the countries neighboring Afghanistan. However, the body members’ financial, logistical and capacity-building assistance to the states in question cannot be an alternative to the Union’s unilateral refugee policy.

The European Parliament therefore urges member states to quickly adopt the migration pact announced by the European Commission one year ago, which could bring millions of more migrants to Europe. The migration pact has yet to gain sufficient support in the competent Council of Ministers, as it is seen by several member states — including Hungary — as a backdoor method for introducing compulsory intake quotas.

Regarding the migration dimension of the crisis, the European Parliament document also states that “the European Commission and the member states must promote a humane asylum policy: the EU has a moral obligation to include and integrate; the (voluntary) relocation forum of the international community due in September is to be welcomed; Member States should also re-examine pending, recently processed, and rejected applications in light of recent events.”

Among the Hungarian MEPs, those of the ruling conservative Fidesz voted against the decision, while representatives of the Momentum and the MSZP abstained from the opposition. DK politicians did not take part in the vote.

“As in 2015, pro-migration voices in the European Parliament continue to be significant. They also seem to be getting stronger,” she said, adding that “the worst-case scenario is if Europe now irresponsibly sends invitations to millions and wants to distribute them.”

On Wednesday, Ursula von der Leyen also argued in her usual state of the European Union speech that Europe should open its doors to Afghans.

Title image: Taliban fighters patrol a market in Kabul’s Old City, Afghanistan, Tuesday, Sept. 14, 2021. It is feared that Afghanistan could further plunge toward famine and economic collapse after the chaos of the past month, which saw the Taliban oust the government in a lightning sweep as U.S. and NATO forces exited the 20-year war. (AP Photo/Bernat Armangue)