Despite warnings from Angela Merkel to pursue dialogue with Hungary and Poland, one of Germany’s top officials in the EU is stepping up her obsessive campaign to punish the two countries 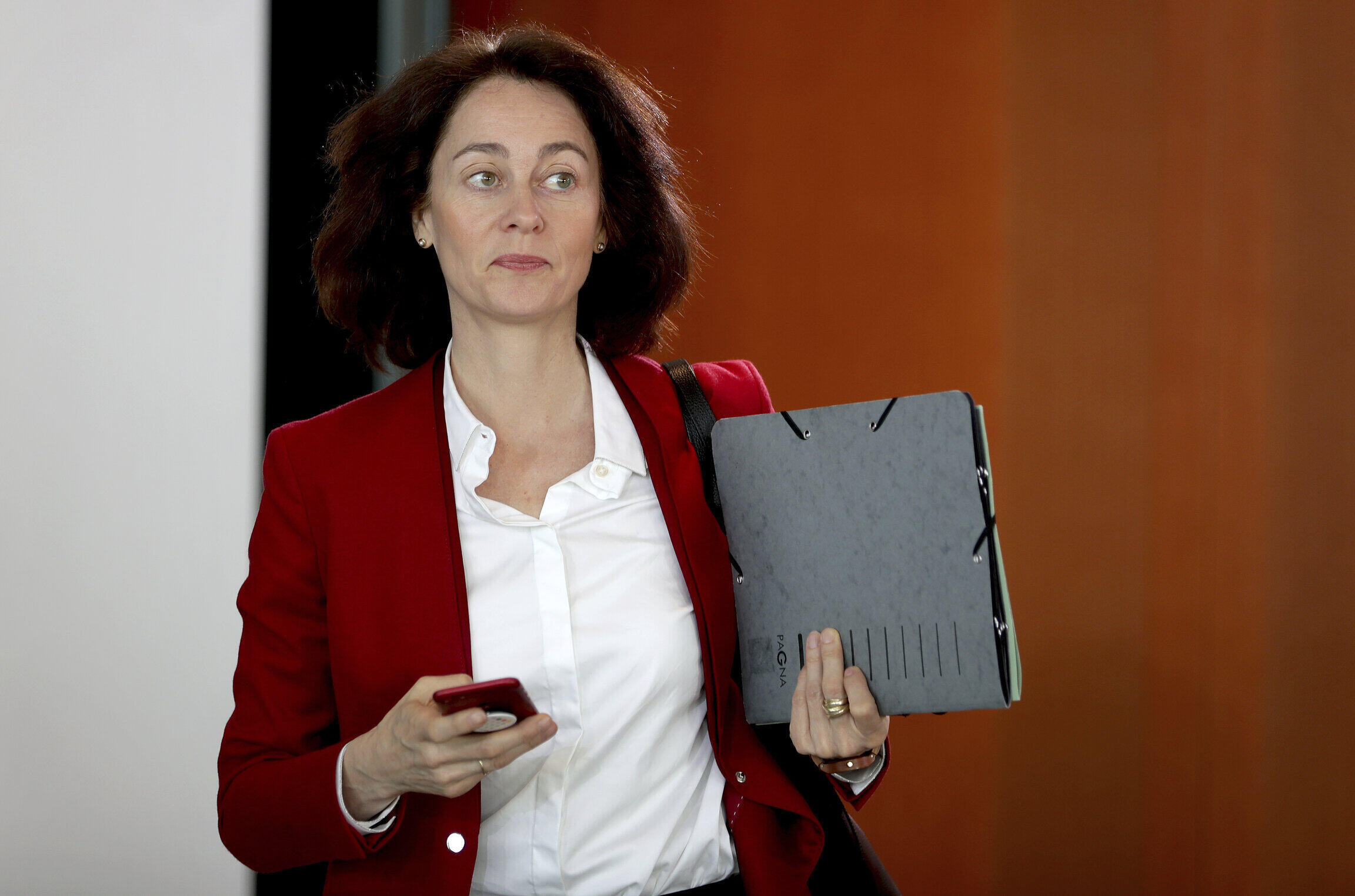 The vice president of the EU parliament, Katarina Barley, steps up her rhetorical attacks on Hungary and Poland. (AP Photo/Michael Sohn)

The Vice President of the European Parliament, Katarina Barley (SPD), has accused the Polish government of jeopardizing the existence of the EU. Barley issued her warning in an interview with the n-tv broadcaster, claiming that if the member states do nothing against the anti-European trend, the EU will not be able to continue.

At the same time, Barley, who hails from Germany, complained that Hungary was the source of this sentiment, writes the Junge Freiheit.

“The avalanche effect came from Hungary. Conditions prevail there in which one can no longer speak about democracy,” she said.

According to her, Poland’s government took over “autocratic thinking” from Hungary’s Prime Minister Viktor Orbán. Barley’s aggressive comments come just after outgoing Chancellor Angela Merkel warned that the EU needs to proceed with Hungary and Poland through dialogue before it takes the drastic step of withdrawing EU funding.

“I think now is the time to talk in depth with the Polish government on how we can overcome these difficulties. We have serious problems, but I advise that we resolve them by negotiation to find compromises,” wrote Merkel.

Many in the European Parliament, including Barley, are disregarding Merkel’s warning.

“With Poland and Hungary, we have two countries that have been working for several years to change our understanding of democracy and the rule of law,” Barley complained.

However, according to her, Hungary and Poland would not be satisfied with abolishing the independence of the judiciary only in their own countries. Other EU member states, such as Slovenia, are also threatened by this tendency, she believes.

“I see the real danger that if we do nothing now, the European Union will no longer be able to exist,” said the SPD politician who has routinely attacked Hungary and Poland in the past. She called a major controversy last year when she called the EU to “starve” Poland and Hungary. Given Germany’s brutal treatment of Poles during the Second World War, Polish politicians as well as a number of German politicians condemned the German politician’s remarks.

Barely has done little to tamp down her aggressive rhetoric since then.

“The danger is absolutely real. Therefore, the EU must now finally act more consistently,” she urged.

In July, she called for Poland and Hungary to stop receiving EU funding. The month before, she had warned of Slovenia’s EU Council Presidency.

Poland’s Prime Minister Mateusz Morawiecki (PiS) warned the EU against withholding promised funds in the dispute over the rule of law.

“If they start the third world war, we are going to defend our rights with any weapons which are at our disposal,” Morawiecki told the Financial Times on Monday.

He also stated that it could not be ruled out that Poland could block EU projects such as the climate package. The Commission is violating EU law by neither approving nor rejecting Covid-19 aid for his country, added the PiS politician. Poland is ready to wait for this money.

“The later we get it, the greater will be the evidence of this discriminatory treatment and the dictation-like approach of the EU Commission,” he noted.