Participants during the Peace March in Budapest on October 23.

Hundreds of thousands of Hungarians took part in the large-scale Peace March in Budapest on Oct. 23, marking the anniversary of the 1956 anti-Communist and anti-Soviet uprising in the country. The posters held up by participants and their chants have made it clear that this was also a protest against the socialist-led opposition coalition dominated by former Prime Minister Ferenc Gyurcsány, who in 2006 had ordered riot police to attack the Oct. 23 Peace March.

Back then, hundreds of people have been injured when they were set upon by baton-wielding policemen, were sprayed with pepper spray and shot by rubber bullets. The heirs to this political heritage are currently the most vocal critics of the conservative government of Viktor Orbán at home, as well as in the EU’s headquarters in Brussels. This year’s march had taken place without any incidents, despite emotions running high over a small provocative counter-demonstration organized by the left-wing opposition.

The march ended in a central Budapest square, where prime minister Viktor Orbán addressed the participants from a podium. In his speech, the conservative prime minister greeted Polish and Italian participants of the demonstration, who also came to pay their respects to the memory of the heroes of the 1956 uprising.

Orbán pointed to the violent events of 2006, saying, “Fifteen years ago, on this location, the past and the present stared each other down. On one side was tear gas grenades, rubber bullets, batons, plainclothes officers, and water cannons. On the other side stood a deceived and humiliated nation, who, 50 years later, had to hear again that they had been “lied to in the morning, during the day, and in the evening.” On one side is a power that used deceit with hundreds of tricks, protected its interests by its teeth and nails, while on the other, desperate people lined up behind the giant letters of freedom.

Orbán’s line about the “lies” is a direct quote from a secret speech made by former socialist leader Ferenc Gyurcsány leaked by an unknown person, in which he admits to having lied to the Hungarian people.

In his speech, Orbán continued by saying that past socialist governments have always misled voters with the promise of lowering taxes, but when they came to power, they hit the nation with enormous tax increases. They introduced hospital fees, took away the 13th month’s pension from pensioners and abolished family allowances.

Hungary prime minister recalled how the former socialist government colluded with international banks, who introduced the now infamous Swiss-franc-based mortgages, and raised interest rates at will, which resulted in thousands of families seeing their monthly payments double or triple. Many of them lost their homes in the resulting financial chaos.

“The country was sold out, everything was sold to foreigners, including the airport, the national energy company, public utilities. And after they were looted, the whole country was bankrupt and the leash of the IMF was attached to our necks. And when we raised our voices, they responded with tear gas, rubber bullets, and with mounted police,” said Orbán in front of the protesters. “I slowly say that everyone understands this: we will never forget them!”

Those gathered on the square were also reminded that the Orbán government had created 1 million new jobs, closed down the foreign currency loan scam, lowered taxes, repaid the crippling IMF loan, and next year the minimum wage is expected to be higher than the average wage was under the Socialists. Yet, the Hungarian prime minister warned the crowd that if they want to protect the safety of their families, the borders of the country, the fruits of their labor, pensions, salaries — but also if they want to preserve their culture, customs, language and, above all, their freedom — every one of them will have to take their share of the fight that awaits the nation.

“What we have achieved yesterday and the day before yesterday, we must protect tomorrow,” warned Orbán. 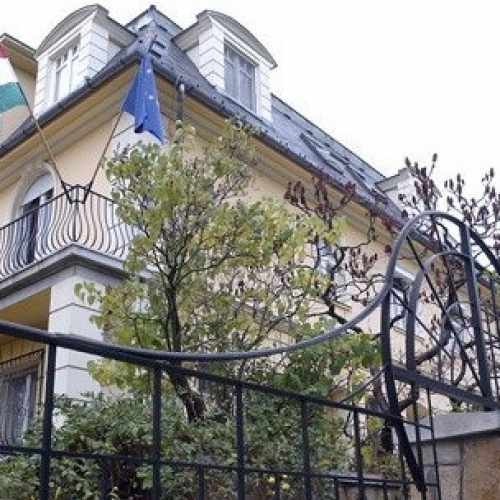