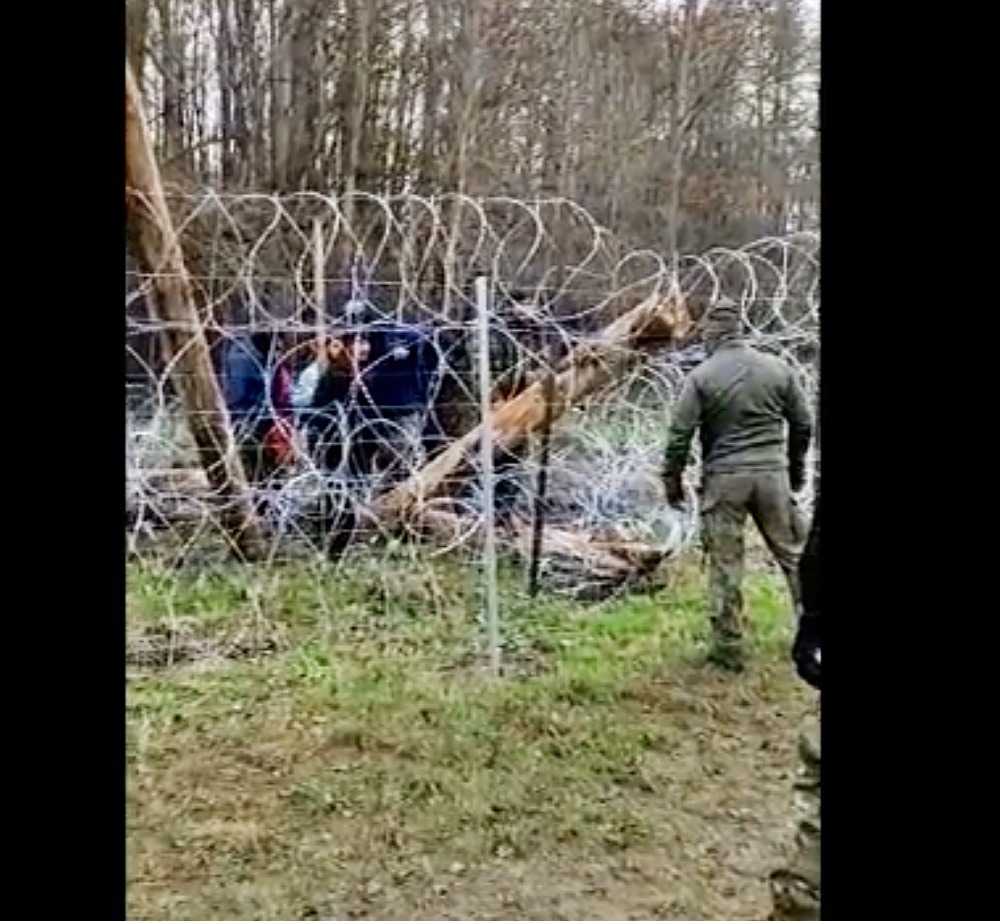 The situation on the Polish-Belarusian border is taking an increasingly dangerous turn as tensions are rising.

The Polish Border Guard detailed a violent incident on Wednesday in which a large group of illegal migrants tried to break through the border and assaulted Border Guard officers.

“Today foreigners stranded on the Belarusian side of the border on the level of the town of Usnarz Górny tried to physically force the border defenses. The foreigners threw wooden planks on the security measures and threw rocks at Border Guard officers and Polish soldiers. They were assisted by Belarusian services,” the Border Guard informed on Twitter.

On Tuesday the Border Guard recorded 424 attempts to illegally cross Poland’s border with Belarus. Six illegal migrants were detained by officers, including five Iraqi citizens and one Syrian. Four persons were detained for assisting in the illegal crossing: a Pole, Syrian, Iranian, and a Palestinian.

Since the start of October 2021, close to 10,500 illegal attempts to cross the Polish-Belarusian border have been recorded.

On Sept. 2, 2021, the Polish government introduced a state of emergency in regions closest to the border, which covers 183 towns. It was initially meant to last 30 days, but parliament agreed to extend it by another 60 days.